Home » Camper & RV » Scout Campers: A Backpack for Your Truck

The new Scout Campers line is all about versatility, value, and outdoor adventure. These new slide-in truck campers start at under $20,000 and are designed like a backpack. Every system and feature is multipurpose, removable, and the simplest-quality form possible.

Scout Campers are all about remote self-supported vehicle adventure. They’re lightweight units with components designed to be robust and usable both in and out of the camper.

Sure, we all love the shelter of a comfy camper, especially when the weather sets in or a swarm of mosquitoes descends on camp. Until that time, it’s usually better to enjoy the great outdoors. 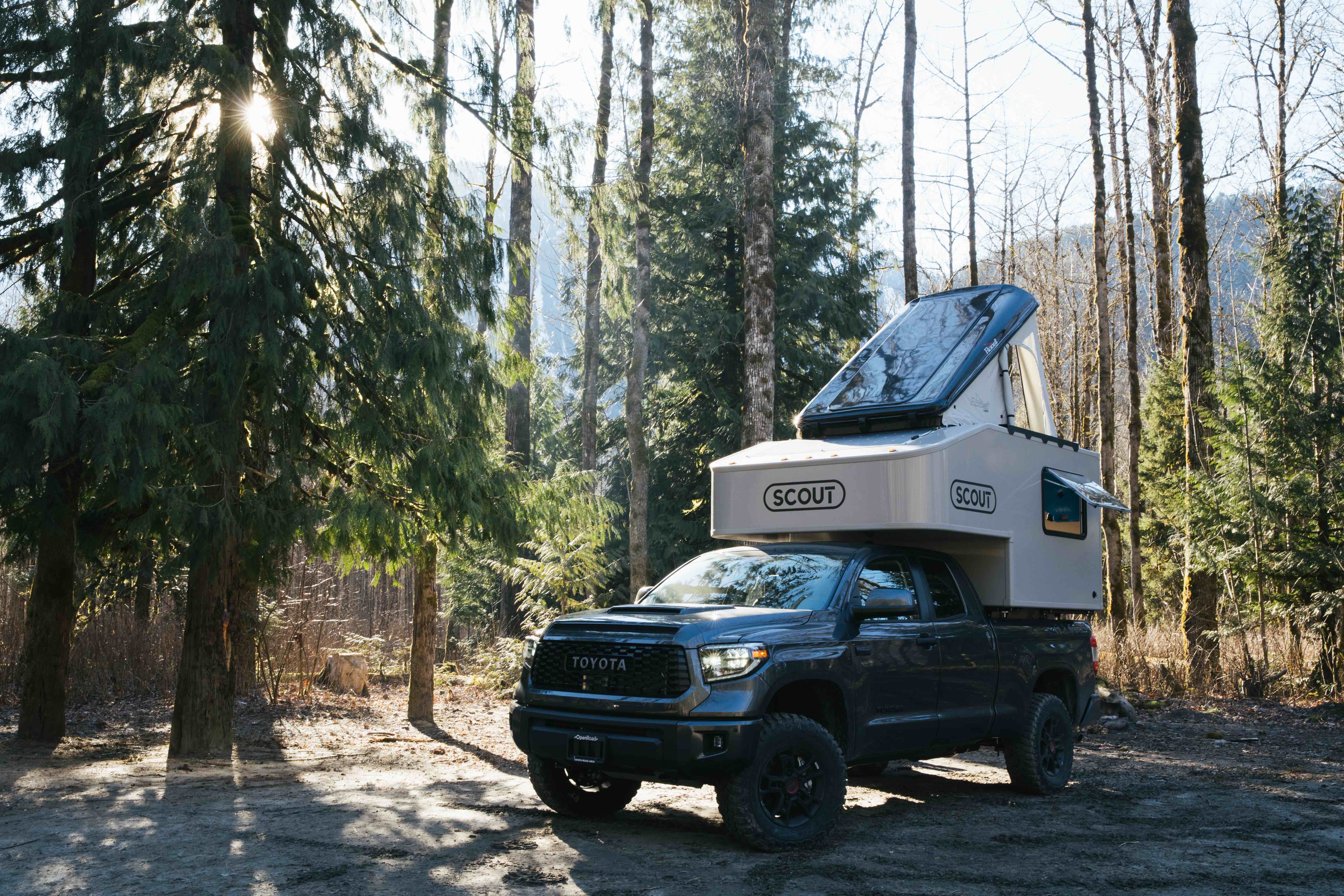 Adventure Manufacturing is based in Yakima, WA, and has over 50 years of truck camper building experience. This same facility and dealer network will create, sell, and service Scout Campers.

The main feature that sets these new Scout Campers apart from the wide range of other truck campers on the market is that every component can be taken out and used independently of the camper.

This, of course, works in reverse as well. You can integrate all the quality camping gear you already have into this camper. Why pay for and carry with you twice the gear on your next adventure? 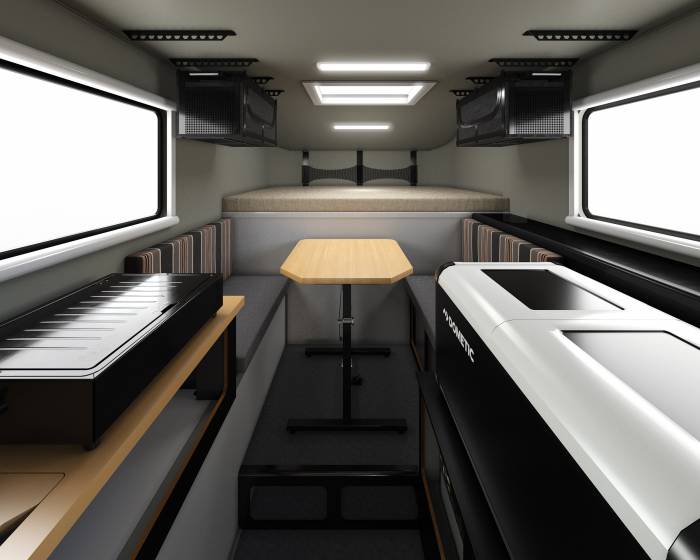 So that means you can easily integrate that double-burner camp stove, cooler, or portable refrigerator you already own. And you can take them in and out of the camper to use in the campground or wherever needed.

The other feature that isn’t all that common, especially on U.S.-built RVs, is the construction used in Scout Campers. The build consists of an aluminum exoskeleton framing with foam-core composite panels. This creates a lightweight, insulated, four-season camper with longevity and durability. 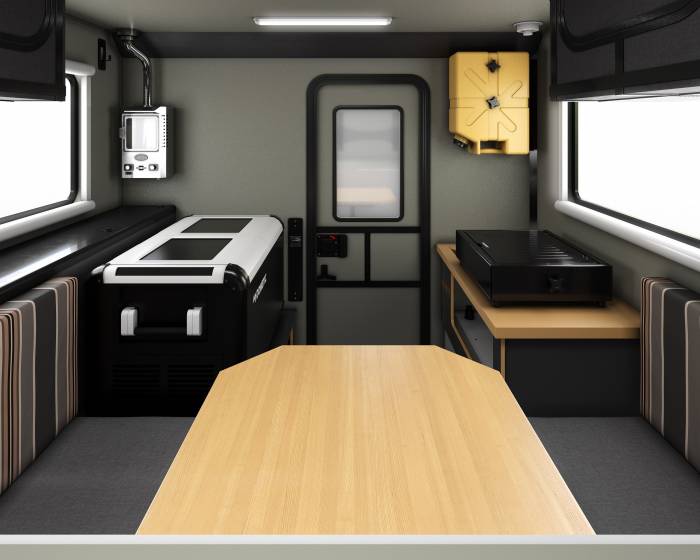 The first model on offer from Scout Campers is the Olympic, which will start at an impressively low $19,980. At 1,133 pounds dry and fully outfitted with standard features, the Olympic is a viable camper for 1- to 2-ton or larger pickups.

The Olympic camper will come standard with a door, two windows, a moon roof, and a roof vent/fan. It will also come with a 54 x 80-inch mattress in the cab-over and a dinette that turns into a 34 x 70-inch bed. 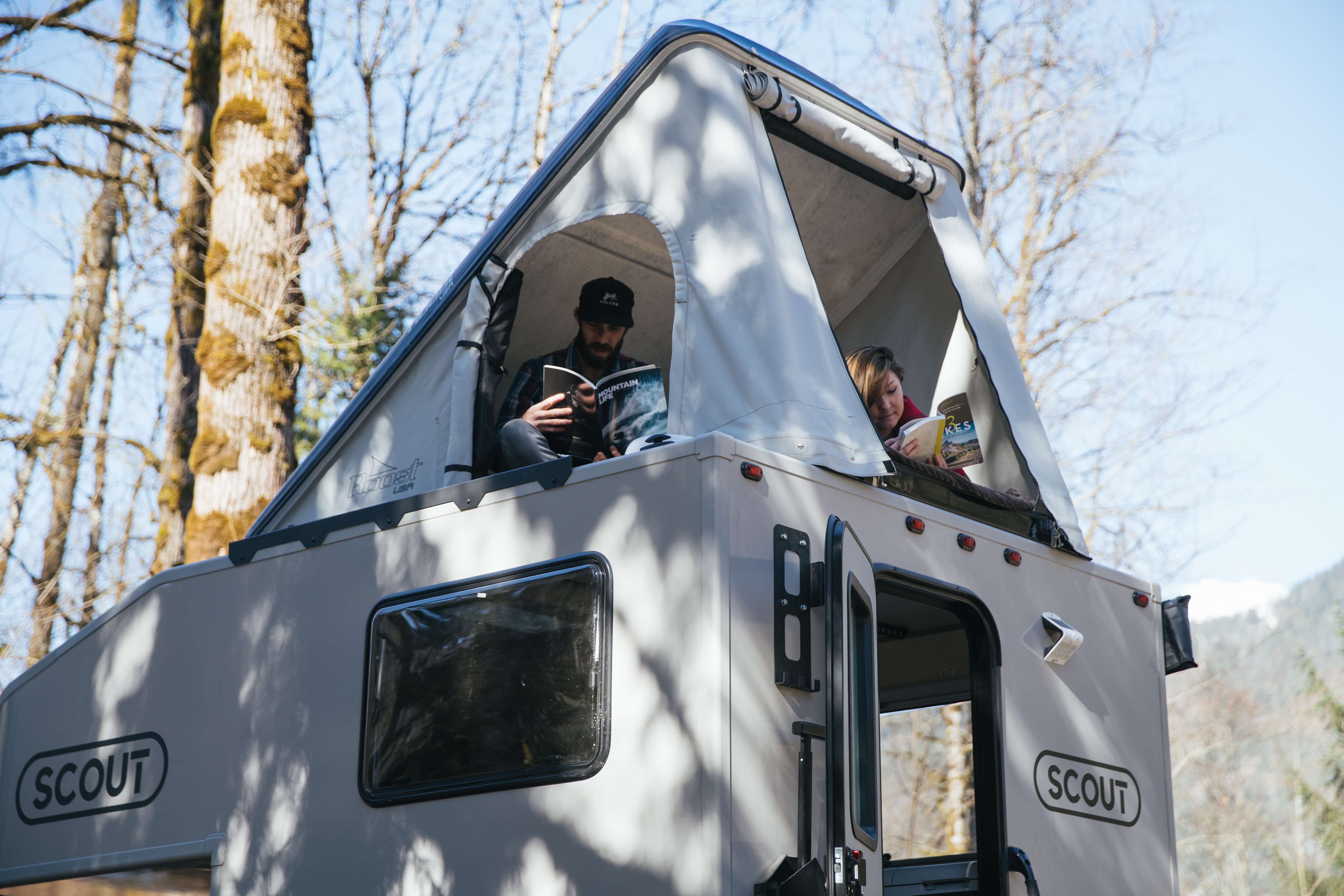 The coolest feature available on the Scout Olympic camper is the ability to sleep six. That’s two in the cab-over, two in the dinette (best for kids), and two in the optional Roost rooftop tent.

The optional RTT addition is really cool because it has an integrated hatch into the inside of the camper. This allows access to the tent space from the interior by way of the dinette or an included ladder for use on the exterior.

Besides the awesome RTT option, there are also several other great features on offer from the start from Scout Campers. You can option your camper with a propane fireplace, a Dometic CFX3 75L fridge/freezer, hanging storage bags, a portable toilet, a portable gas cooktop, removable camper jacks, and a Rhino-Rack Batwing 270 awning.

Of course, you can also leave these boxes unchecked on your order form and use the great camping gear you already have to meet your needs and budget.

The Olympic is only the beginning for Scout Campers. Coming soon are the Yoho and Kenai models. The Yoho is the smallest of the three models and designed for midsize trucks. The Kenai is the largest and includes a bathroom, wardrobe, and even more exterior storage space. 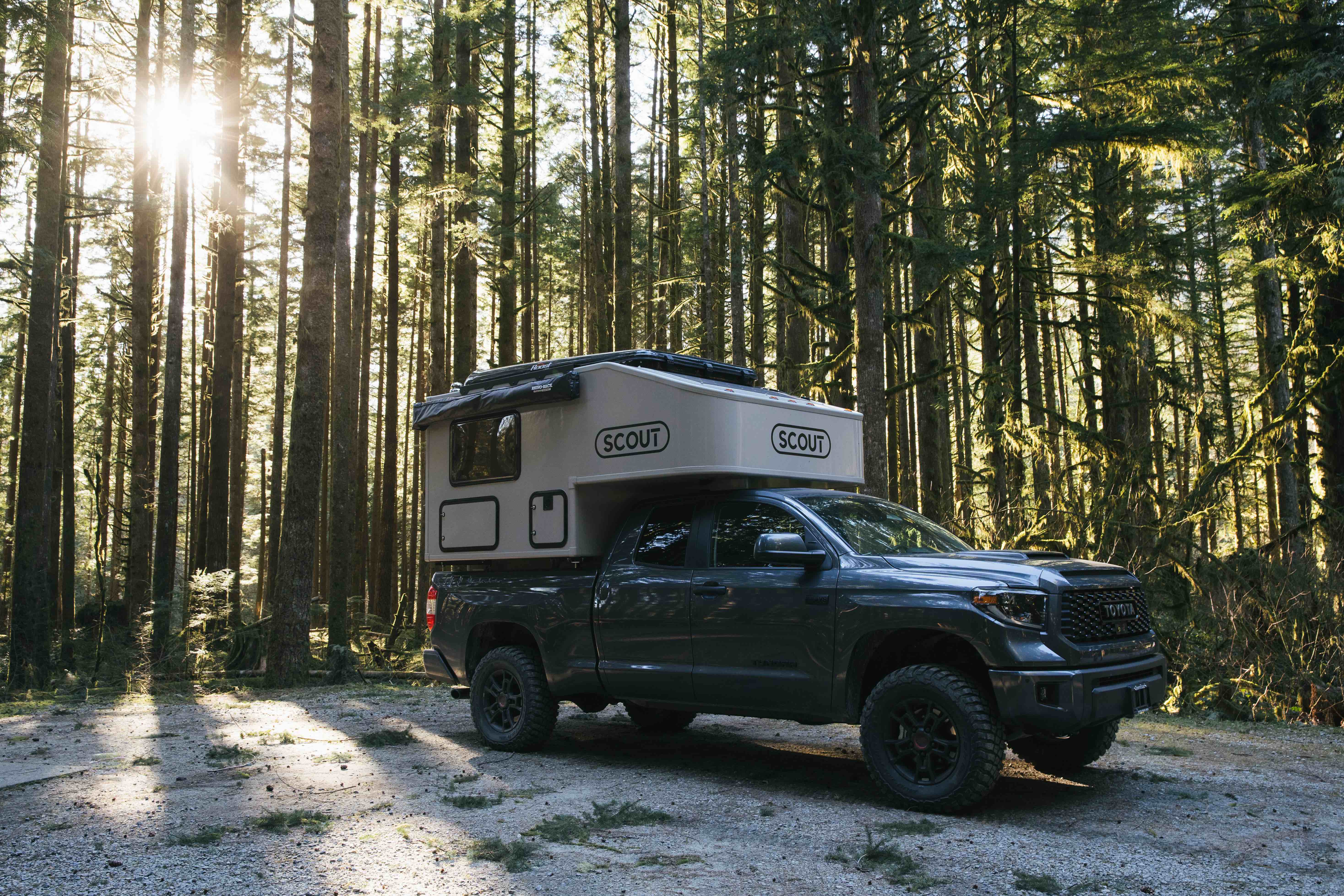 Scout Campers is taking orders now for the Olympic model through its dealership network and its website. With prices starting below $20,000, we think you’ll start seeing Scout Campers at your local camp spots and trailheads soon.

Saving…
Thule Tepui Hybox Wedge: First New RTT Since Acquisition
Lusting for a Tacoma? Your True Love May Be an F-150
×