When setting up camp, don’t forget to look up! Falling branches can hit campsites. Their old-school nickname — widowmaker — came about for a very real reason: They can be deadly. 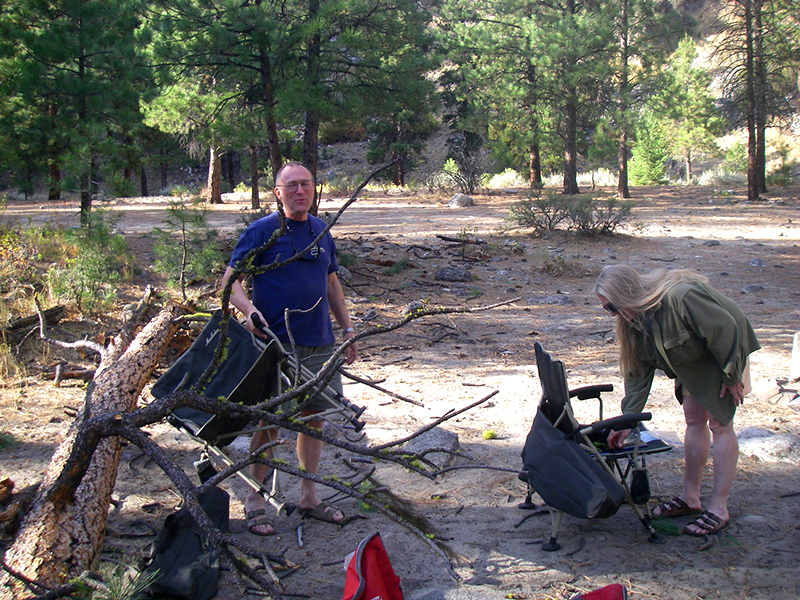 My buddy Greg celebrated his 20th wedding anniversary floating the Middle Fork of the Salmon River with friends. His wife noticed a branch swaying high in the trees. It looked precariously loose. Before Greg could voice acknowledgment, the 60-foot dead snag crashed down towards the groom.

Fortunately, the branch missed the camp boxes and Greg’s cat-like reflexes saved the day. The only fatalities were a set of camp chairs, crumpled under the weight of the branch.

Here are some pointers that Greg and his team could have looked out for to avoid the incident.

How To Avoid Falling Branches

What It Is: “Widowmaker” is a forestry term for a dead or detached branch hanging in a tree risky enough it’s defined by OSHA. They most commonly occur during tree felling and are statistically responsible for 11% of all chainsaw related fatalities. In the backcountry, the most likely cause of a branch falling is wind.

How To Identify: Look up! Spy branches that are clearly broken, suspended in the forest canopy. Find something that visually breaks the consistent branch pattern of the tree? It could be a dead branch or widowmaker.

How To Avoid. Avoid camping under suspect trees. They may be dead or damaged with loose bark, fungus, or drilled out by woodpeckers.

While a small stand of trees can buffer the elements, avoid camping under large trees in threatening windstorms and ice storms.

Avoid camping below tree-covered slopes. These trees typically have weaker root bundles attaching them to the ground. 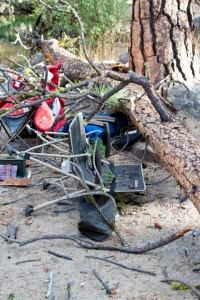 Keep your eyes peeled when setting up camp under trees; give the trees a thorough look.

What To Do If Encountered. Camping under an identified widowmaker is a game of Russian Roulette. It’s only a matter of time before deadfall … falls. It’s best to find yourself a different camp spot.

Worst Case Scenario. Given enough size and height … multiplied by 9.81 m/ s2 … a big enough branch can be a fatal blow.

While deadfall is not uncommon, the likelihood of having a branch fall on you is unlikely. Fortunately, Greg lived to see another day on the river. He assured me his first action at a camp is to look up.

Up Next: How to Spot the Perfect Campsite

Saving…
How to Spot the Perfect Campsite
Camp Baby! Tips and Gear to Take Your Newborn Outdoors
×