A bomber build. A simple, quick-charging design. Meet the Venture 30 by Goal Zero, our favored power pack of the moment. 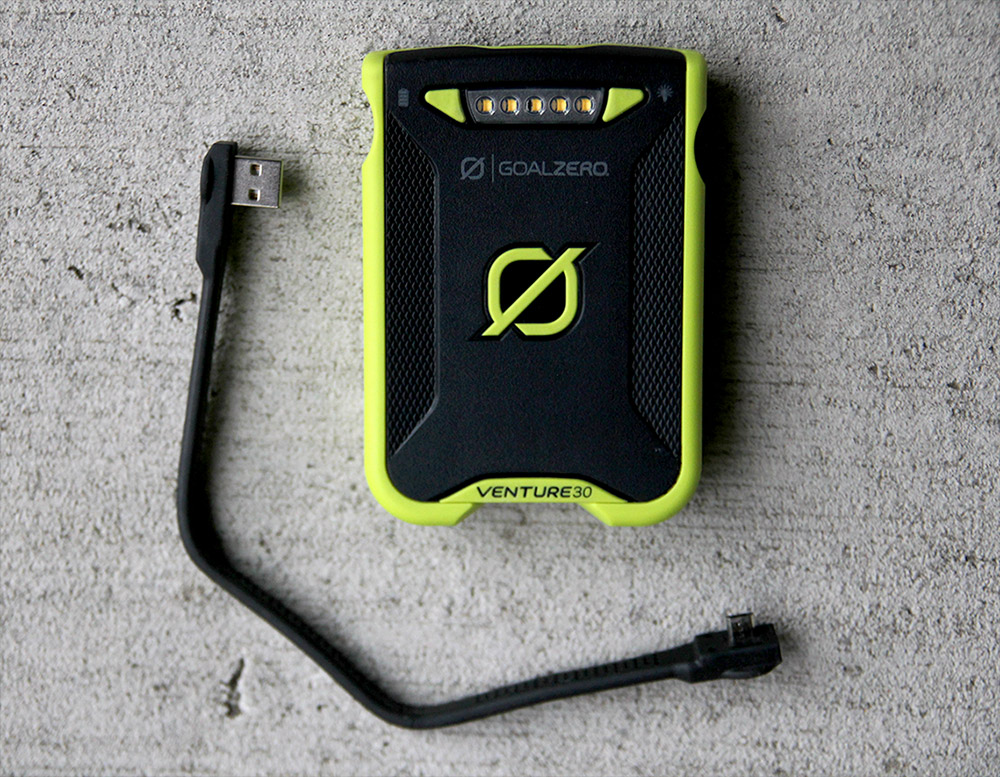 Last summer, after it debuted at the Outdoor Retailer trade show, we said the Venture 30 by Goal Zero offers a “new standard in portable power.” It subsequently won one of our “Best In Show” nods, because of its solid construction and smart gadget-charging design.

Now months later we’ve had Venture 30 units kicking around in the office here and in the field.

We use them to recharge phones, GoPros, UV water-purification pens, Bluetooth speakers, and the litany of other electrified gear we now, for better or worse, often find ourselves hauling into the woods.

In short, the unit works great. It’s a simple battery pack with ports to interface with almost any gadget. A stiff, pliable cord wraps around the unit for easy storage. Two 2.4A USB outputs let you power up a pair of products at the same time.

The charging ports on the unit are high-speed USB and a regulated USB-micro port. The cord is basically the same — it has a USB side and a Micro USB tip.

A bonus, the LED battery indicator lights double as a flashlight, which is nice when trying to plug in an item at a dark campsite.

The Venture 30 is compatible with about 90 percent of the gadgets we use. However, in some cases, including Apple products, you will need a different cord or an adapter.

Charge Test. The device was able to consistently power up an iPhone almost three times, or a GoPro about five times. We tested the phone claim this week again in the GearJunkie lab, and we got an average of “2.66 smartphone charges,” meaning it charged two dead phones fully, and then one additional phone to 66 percent.

The “full charge” test is a good way to assess overall power supply and capabilities. But we find in the field, especially for day trips, the Venture 30 has enough power that its overall capacity isn’t a concern. If a camera or phone is running low, just plug it into the unit for 20 minutes to get a usable device again.

Power Up. For longer trips you’ll use up the capacity of the Venture 30. A solar panel, laptop USB port, or a wall outlet can be used to revive the battery pack. It can take a while to pump all the energy back into the palm-size unit, so be sure to charge it at home before heading outdoors.

We timed a standard wall-plug recharge from zero to full at about eight hours. Solar charging times vary on the strength of the sun but expect at least eight hours for a full charge.

Solar Charge. A solar panel like the company’s Nomad 7 works in the field to recharge the unit. We tried it out in bright sun as well as rain — it is waterproof and did work, but with significantly increased charging times required when cloudy. 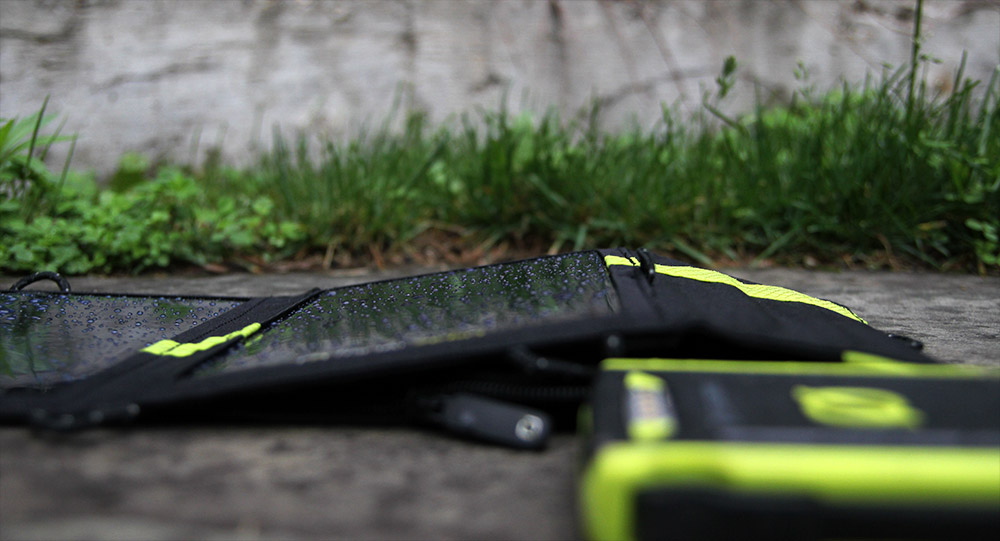 Durability. We sprayed the Venture 30 with a hose, dropped it off ledges onto rocks, and let it sit in the rain. The unit, which Goal Zero says has unique “wrapped and sealed” USB ports, does not require rubber plugs. It gets an IPX6 weatherproof rating — basically waterproof, but don’t swim with it.

While not the smallest or lightest of power packs, at about 9 ounces and 4.5 inches across its face, the Venture 30 inspires confidence. It is a solid, well-built battery bank that you can throw in a pack and forget until needed.

The only fault we found with the unit was that the ends of the included cord are a bit bulky and don’t fit well (or at all) into some gadgets. We used cords that came with these devices instead of the Goal Zero cord in these cases.

Final Thoughts. Overall, the Venture 30 has little not to like. Its price is on par with similar units, but it has advantages over almost every other battery pack we’ve tried, including about a dozen competitive options. 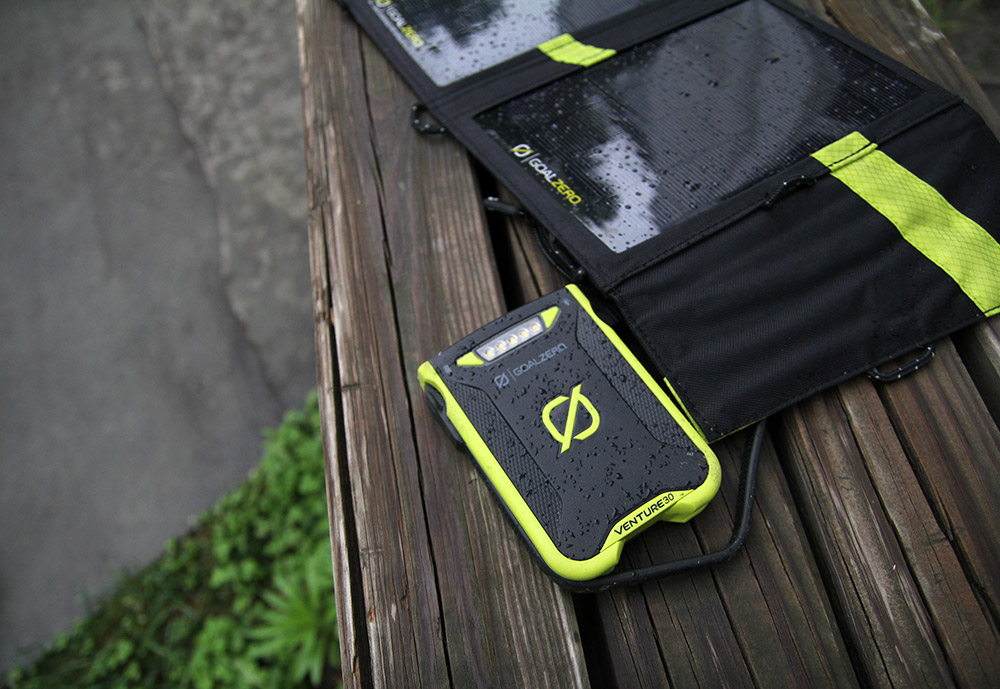 See the specs below to get more granular. You can purchase the Venture 30 from Goal Zero direct or at outdoor gear shops around the world. If you need power in the great outdoors, this is a solid option.

Up Next: One-Gallon Portable Beer Tap