Fire pits have been in high demand this winter, and Solo Stove is adding more incentive to buy one with deals up to 25% off its three models. And the shipping is free.

A unique design and stainless steel construction set the Solo Stove apart from other fire pits. In short, the double-wall steel shape funnels airflow between the walls. Some air is directed to the bottom to help the fire burn hotter, while air warmed between the two walls is released at the top of the fire, where it burns up would-be smoke. 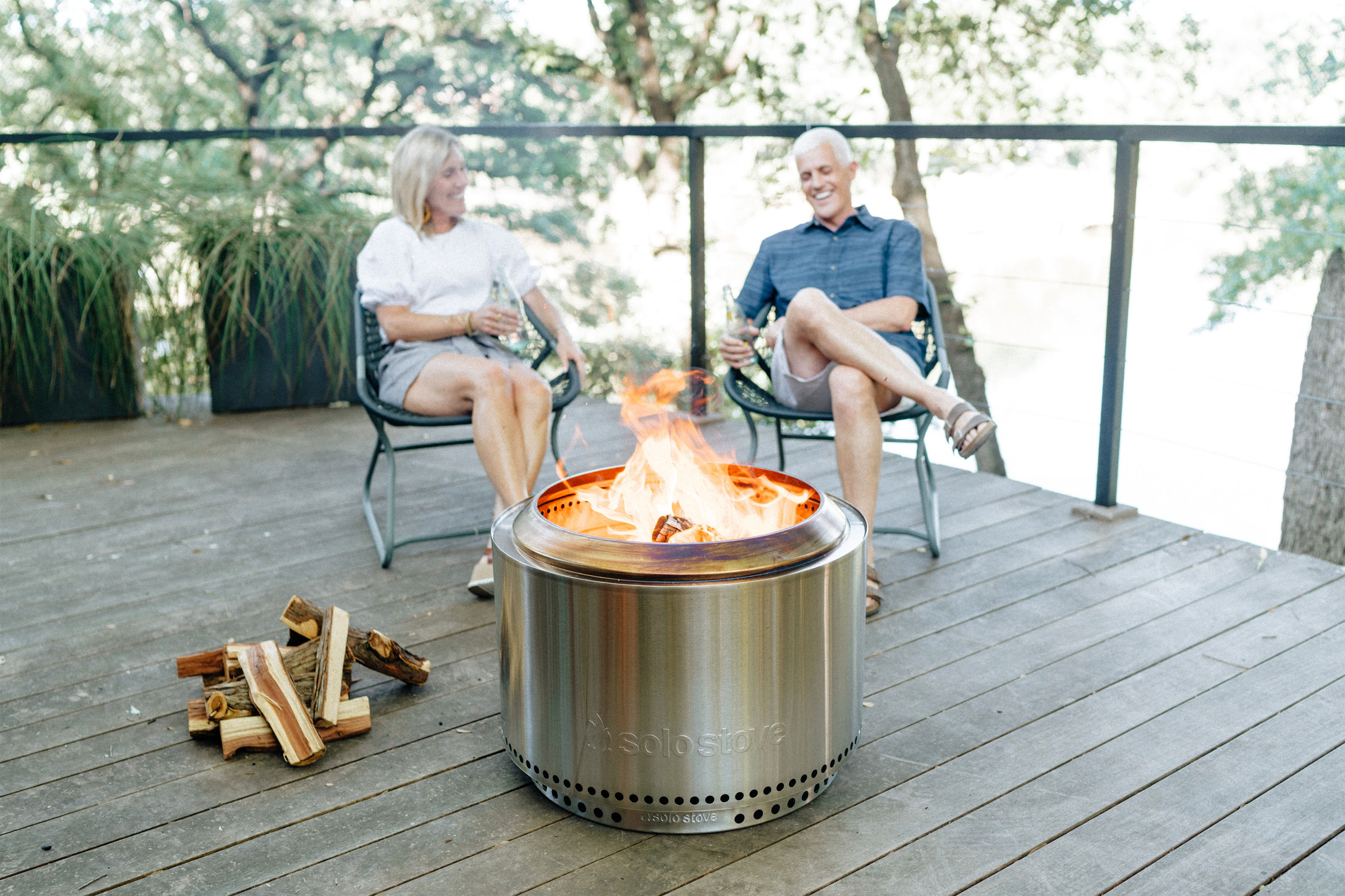 These fire pits are designed to make it less likely you get an eyeful of smoke. The brand attributes its near-smokeless flame to its “360º Airflow Design,” which directs airflow to burn more efficiently than traditional fires. That means you should get hotter flames from your wood.

Made from 304 stainless steel, Solo Stove builds its fire pits to withstand the elements. And that steel also helps Solo Stove regulate temperatures. For instance, the brand reports the fire pit can hit temperatures over 1,200 degrees Fahrenheit, while the stand’s temperatures stay closer to 130 degrees.

By that measure, the stand makes it safe to use the fire pit on top of wood, Trex decking, grass, and stained concrete.

And obviously, the best outdoor gear is versatile. Solo Stove’s more portable fire pit sizes not only work in the backyard but can also stow and travel for car camping trips. Even if a campsite has an existing fire ring, a Solo Stove fire pit provides heat without the irritating smoke.

From a Leave No Trace perspective, the smaller Solo Stove means you can pack in and pack out your campfire. Companion lids (also on sale) make it easier to neatly carry away ashes and, of course, keep the elements out when not in use. 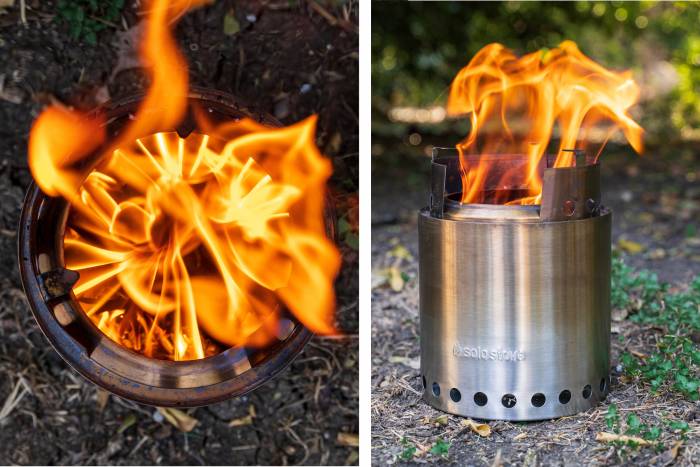 The line of fire pits now comes in three sizes: the Ranger, Bonfire, and Yukon. These will warm two to six people. And each model has an optional low-profile stand that allows more airflow underneath the fire pit to cool it and prevent burning contact surfaces below it.

The brand Solo Stove has built a reputation for fire pits that burn efficiently thanks to double-wall designs that create secondary combustion. Now, the brand is diving into the charcoal grill market with the same technology. Read more…

The Bonfire ($260) is the original fire pit sized small enough to be portable for car camping or tailgating, yet large enough to provide warmth for four or more people.

The Ranger ($200) is a portable two-person model that accepts small pieces of firewood. Don’t worry, it’s still big enough to roast S’mores over.

For backyard hangouts, there’s the Yukon ($470). At 38 pounds, you may not want to move it often, but it’s large enough for six or more people to gather around. 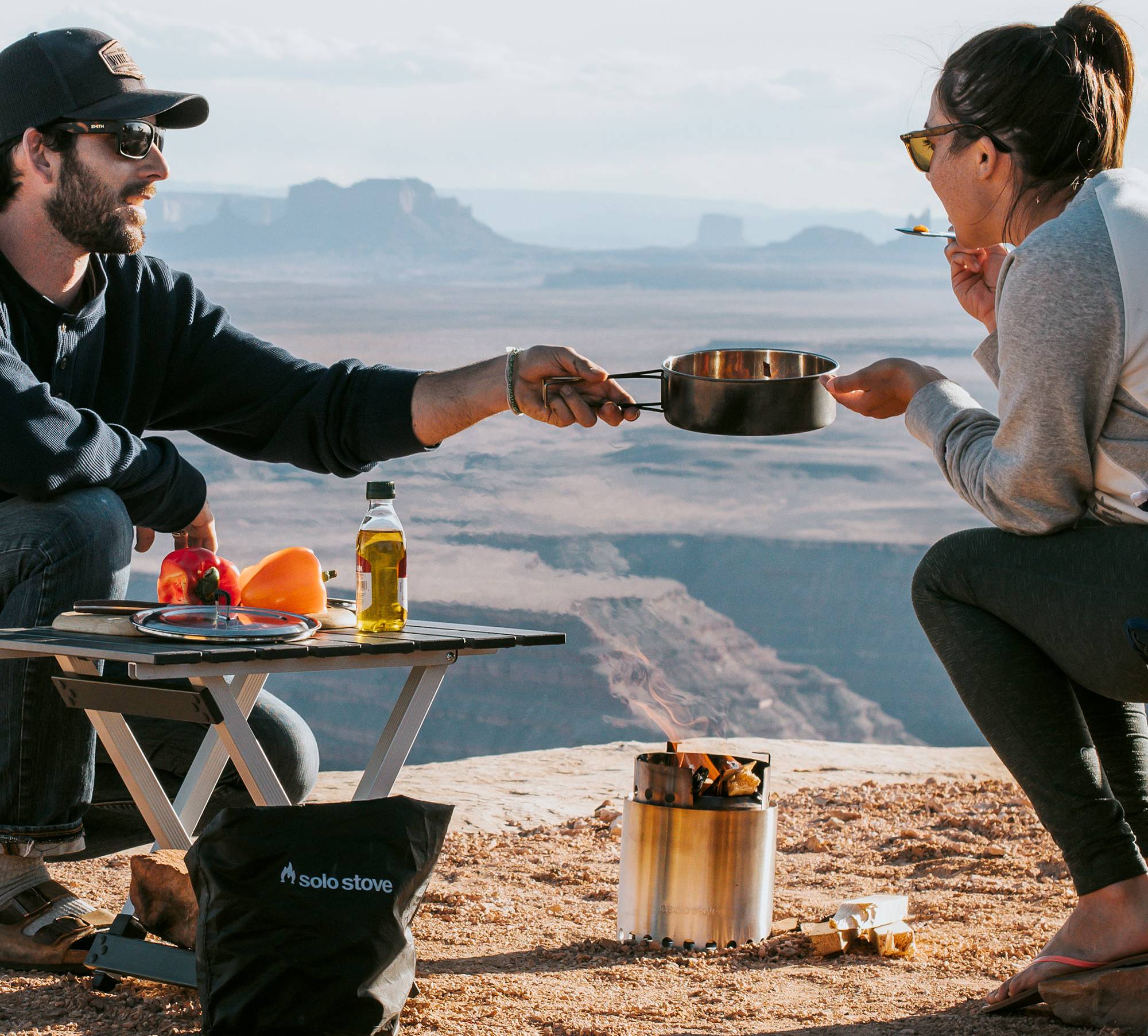 Whether it’s to warm your feet or find an escape from everyday stress, there’s an innate attraction to fires. These portable, virtually smokeless fire pits sit off the ground provide all the flame without the mess of traditional campfires. And with the companion stands, there’s less risk of burning or staining what’s underneath.

With three sizes to choose from, you can find a fire pit to match your needs. Even the largest model, the Yukon, can be moved out of the way when not in use. And just because it can warm six people doesn’t mean you can’t cozy up to it as a couple or alone. 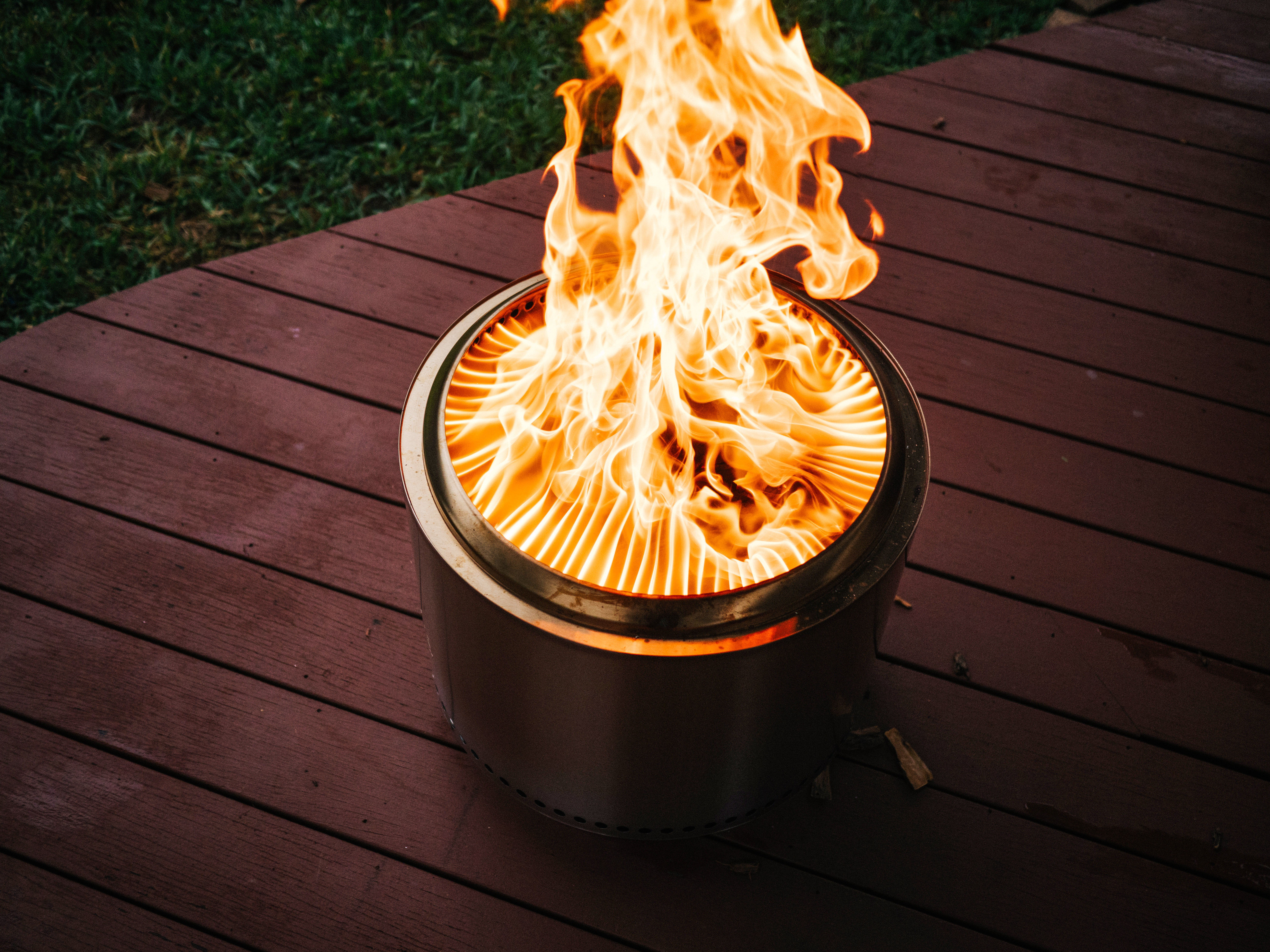 This article is sponsored by Solo Stove. Find the brand’s fire pits and other products on sale here.

Up Next: The Best Camping Pillows of 2022