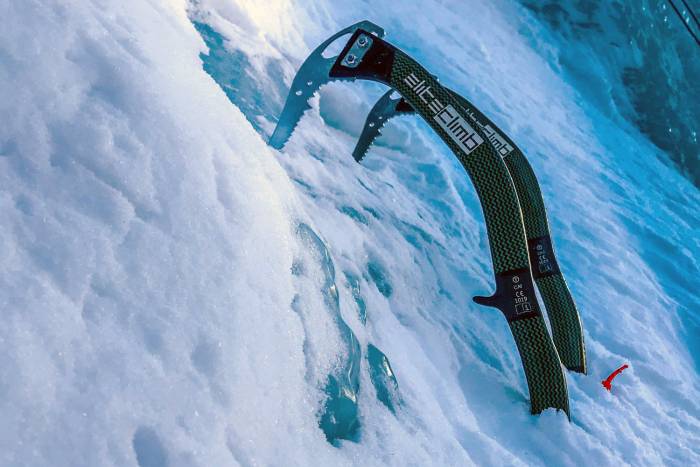 Every ounce counts in high-end alpinism and ice climbing. Each season, gear emerges with bold headlines touting slight weight reductions. But lightening the load often comes at the expense of functionality or durability.

Elite Climb smashes marginal losses in weight by combining carbon and Kevlar fibers with handmade construction. The result might just be the lightest ice axes suitable for primary use. We tested a pair of Salamandra axes, the brand’s technical mountaineering and ice model, during an ice climbing trip to Valdez, Alaska. 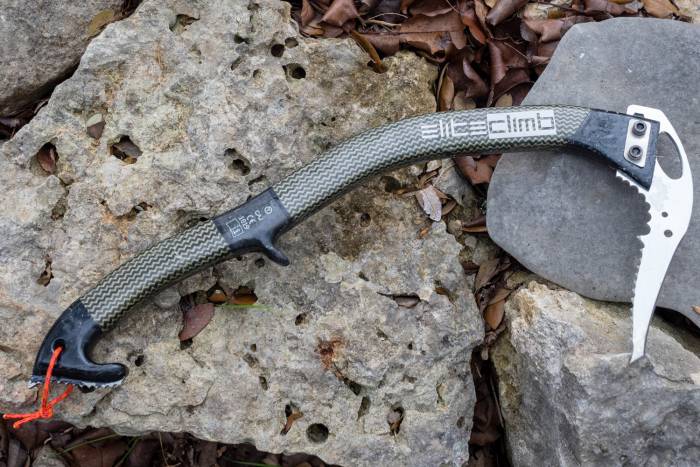 In short: The Elite Climb Salamandra ice axes are fully functional, primary ice tools that are substantially lighter than most of the competition. The carbon and Kevlar composite construction also gives the tools other advantages in mountaineering, alpine, and ice climbing conditions. They are expensive, but to the high-end climber, the weight advantage alone could be worth it.

The story of Elite Climb is a tale of Jarosław Walewski, a Polish climber with experience in the composite construction of gliders. Walewski began tinkering with the idea of carbon fiber ice axes in 2013 during climbing outings in the Tatra mountains. Two of the Salamandra’s first three prototypes fell into the hands of some Polish mountaineers, who quickly took them to the greater ranges, including K2 and Broad Peak. 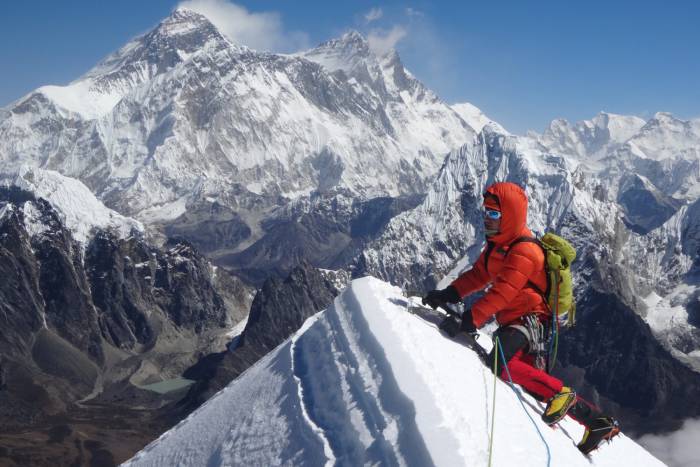 Being a one-man show unencumbered by a large corporation, Walewski ran fast development cycles and sold to the public by December 2014. In short order, Salamandra became the first EN-certified composite ice axe in the world. And two other composite axes and a shovel soon joined Elite Climb’s offerings.

The shaft maintains the same dimensions along its 50-cm length, and there are intermediate and terminal hand rests. The alpine-oriented tool has an embedded, toothed metal spike, a tie-in hole at the spike end, and a carabiner clip-in point on the pick.

An elastomeric, clear paint covers the shaft. Elite Climb upgraded this coating with an abrasive paint for current models. 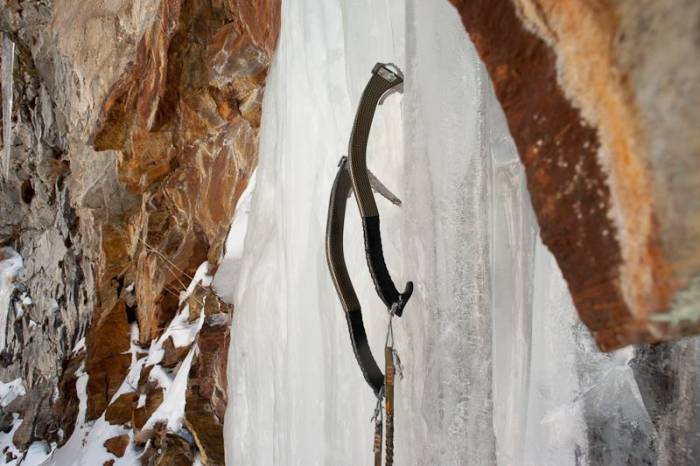 The Salamandra ice axe accompanied me on a multi-pitch ice climbing trip to Alaska this past February, and its light weight became immediately apparent. At 14.3 ounces verified weight per tool, the axes proved an energy-saving advantage even on our relatively short hike and ski-in approaches.

The benefit multiplied during longer alpine and mountaineering objectives, and at higher altitudes. For comparison, the venerable 48-cm Petzl Quark with pick has a claimed weight of 19.4 ounces per tool, giving the Salamandra a 10.2-ounce advantage per pair.

Once the swinging began on the approaches, the benefit of the weight advantage took some getting used to. Although almost half the weight of the entire tool resides in the pick and bolts, it required a few pitches to adjust my swing to compensate for the lack of head mass.

At first, the tools’ lightness made me feel I had to swing harder than usual. But I later realized good sticks came with proper wrist flicking – I had no swing issues afterward. But for pure ice climbing, I believe the added momentum of heavier heads would help bring them around the top of the swing more effectively. For now, Petzl weights will fit, but Elite Climb is working on its own.

Still, the weight was a definitive physical advantage on monster routes like the 800+ foot Bridal Veil Falls in Valdez. And it also provided a mental boost, adding confidence that I was exercising every conceivable advantage.

The Salamandra isn’t a radically curved, ice and mixed climbing-specific tool. And I found its more moderate curvature a good compromise. It still felt efficient for steep ice but functioned on approaches, and knuckle-bashing occurred only a few times.

The tips worked well out of the box. But I lightly filed the edges on the tip and the back side to mellow them, which improved penetration and removal on hard ice. The pick also functioned well hooking both chandelier ice and small rock features.

The composite shafts damped vibrations differently than ferrous tools. It transmitted more of a “dead” feeling that was emphasized on harder ice and occasional contact with rock. The shafts’ stiffness was exceptional – noticeably stiffer than most other tools I have used. Both rests accommodated thick-gloved hands well. And the elastomeric paint proved grippy in leather palms.

While I didn’t need to torque the tools in cracks, I don’t expect the shafts’ rectangular shape and rigidity would pose issues resisting rotation. The composite materials also provided a side benefit: They transferred less heat away from my hands and felt much warmer than metal tools.

In approach mode, the Salamandra worked well. The shaft’s curvature allowed effective plunging through snow drifts, and the spikes’ serrations provided adequate purchase on hard neve at the base and top of routes. Plus, the tools did well resisting snow accumulation.

While the Salamandra’s weight saved energy, one element of its design at times impacted its feel in the hand. The top edge of the picks are exposed above the head of the axes and proved uncomfortable, especially when using thinner gloves.

After a week of hard use in my test, the tools displayed battle scars in the finish only. The zinc plating on the picks flaked off in high-wear areas, and the shafts’ paint suffered abrasions. (Note: The new shaft coating should be more resistant.)

Beyond that, the Salamandra emerged ready for more.

The primary reason to consider the Elite Climb Salamandra ice tools is the overall weight. The value of the energy savings, particularly at high altitudes, are immense. And the mental boost is a bonus.

The characteristics of the carbon and Kevlar composites make these a rare case where flyweight status doesn’t come at the cost of functionality or durability. The surface finish might not be as durable as metal shafted options, but the damage to our samples was purely cosmetic.

Cost is the primary downside. At $495 (€400) per axe, a pair of Salamandras is a hefty investment. By comparison, a Petzl Quark with a pick is $260. But for some, Elite Climb’s Salamandra ice axes’ impressive weight savings – and potential performance gains – will be worth the investment.