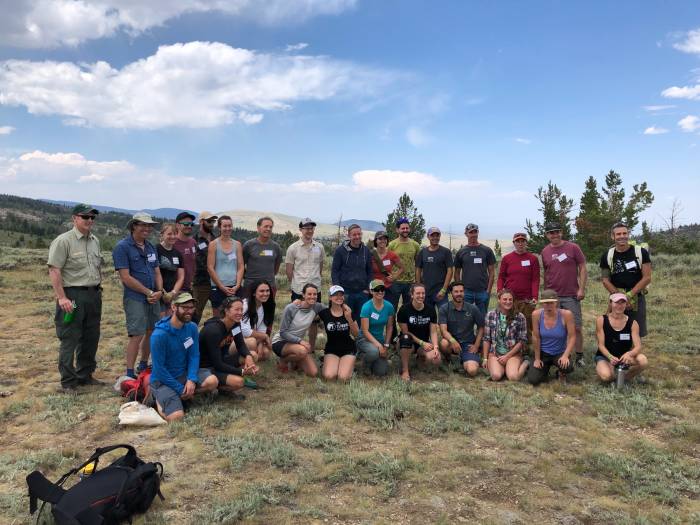 Pro climbers, policymakers, and business owners gathered together for an ‘Advocacy Day’ at the 28th annual ICF in Lander, Wyoming.

Rock climbers are a hyper-mobile bunch. Cliffs and boulders don’t move, so the sport’s impassioned participants must travel great distances to access them. Upon arrival in rock-laden communities like Lander, Wyoming, climbers will settle down in temporary lodgings like their vans or campsites. But sometimes, when traveling climbers stumble upon a place that feels like home, they choose to stay.

Lander is one of those places. A town of 7,500 in Fremont Country at the foot of the Wind River Mountain Range, Lander is well-known to climbers for hosting the International Climber’s Festival, an annual 3-day gathering where the tight-knit global climbing community can convene and connect.

As climbing makes history at the Olympics this week, the sport’s popularity is only increasing — and so is its positive impact on towns like Lander.

A Day at the Crag: Uniting Climbers, Policy Makers, and Advocates

In the midst of clinics, pull-up contests, and presentations from pro athletes, I had the opportunity to attend one of the festival’s newest developments: a climbing advocacy day.

On Saturday, July 17, land managers, policymakers, community leaders, and Tommy Caldwell hit the crag to connect, climb, and discuss the sustainable growth of climbing in Lander and beyond. The advocacy day concept was developed in part by Edelrid — a climbing gear brand that Caldwell also represents as an athlete.

Takeaway #1: When working to convey all that climbing can offer to communities, an actual day at the crag is invaluable.

The event began in Lander’s City Park, which doubles as an iconic campground where visiting climbers often sleep. Attendees of the advocacy day loosely grouped together over coffee, conversation, and local pastries. As we fueled up, Caldwell welcomed the group and facilitated a round of introductions.

Represented groups included the U.S. Forest Service, Wyoming State Parks, the American Alpine Club, and the Central Wyoming Climber’s Alliance. As we boarded the bus to the crag, the Executive Director of the Access Fund — climbing’s premier access and advocacy organization — chatted enthusiastically with representatives from Wyoming’s Supreme Court.

Climbing, with its inherent camaraderie, closeness with nature, and complex equipment — can be difficult to explain to people who haven’t witnessed it firsthand — policymakers included.

When working to convey all that climbing can offer to communities and economies, an actual day at the crag is invaluable. Plus, it’s pretty cool to enjoy your first climbing experience with the first ascensionist of the Dawn Wall on the other end of the rope. Caldwell and Edelrid are already preparing to host more advocacy events at various climbing areas in the near future.

Takeaway #2: “Climbing is here to stay.”

A brief drive brought us to the Wild Iris climbing area. Our group of 30 suited up in harnesses, helmets, and climbing shoes. Within minutes, Caldwell was offering beta to a first-time rock climber representing the Wyoming Office of State Lands and Investments.

After a bit of climbing, part of the group split off for a tour of Wild Iris led by Sam Lightner Jr., a Lander resident and one of the area’s early route developers.

Lightner regaled us with an explanation of wildfire’s impact on the erosion process of dolomite. (Editor’s note: After extreme heat from fires sweeps across the face of a dolomite cliff, large pancake-shaped chunks of rock shear off over time, leaving patches of smooth rock behind. This makes the base of the cliff steeper and smoother, creating the low cruxes that Wild Iris is known for.)

While walking between crags, I had a chance to chat with a few of the heavy hitters in attendance. Steve Schacht has been a U.S. Forest Service District Ranger on the Shoshone National Forest since 2012.

Many of the major climbing areas near Lander, including the Wild Iris, are within Schacht’s domain. Though some national forests are mostly focused on resource extraction, Schacht recognizes that his district is recreation-oriented.

“We see high visitation from climbers on this forest, and we know more are on their way,” said Schacht. Recently, Schacht worked alongside Central Wyoming Climbers’ Alliance to install a new pit toilet at the Wild Iris.

“Climbing is here to stay,” said Schacht. “There will be differences of opinion, but rocks will be around for a long time and so will climbers.”

The climbers seeking out Wyoming’s world-class cliffs, boulders, and mountains are part of a much broader group of recreators who visit and move to the state for access to the outdoors. From hunting to fishing to biking and bird-watching, outdoor recreation has always been a cornerstone of community and economy in Wyoming.

Takeaway #3: “If you want to move the needle in your industry, you need to have a unified voice.”

Though outdoor recreation is a proven economic force in Wyoming, the industry has strangely lacked a centralized organization to represent its interests — until now. In 2021, former Lander city councilman Michael Kusiek founded the Wyoming Outdoor Recreation Business Alliance (WYORBA), a nonprofit trade alliance working to enhance and improve the outdoor recreation business climate in Wyoming. During the advocacy day, I spoke with Kusiek — a climber himself — about the future of WYORBA.

“If you want to move the needle for your industry, you need to have a unified voice,” says Kusiek. “I’ve been traveling around the entire state talking with folks to gauge interest and need. The response so far has been a resounding ‘hell yeah!’”

While climbing has and will continue to be a boon for economic development in Lander, Kusiek recognizes that every community in Wyoming has its own objectives related to outdoor recreation.

“We aim to honor the unique values of communities while enhancing an existing sector of the economy, and improving quality of life for residents,” he said. Though WYORBA is still in its infancy, it’s already begun supporting local outdoor recreation businesses. 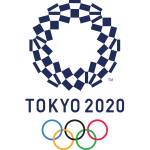 Sport climbing will debut in the Olympics this summer. Since it's been a bit since the qualifiers, here's what to expect in this year's Olympic Games. Read more…

From City Park to City Staple: Building on a Community

We wrapped up our day at Mulino, an upscale climber-owned Italian bistro in Lander. Caldwell emceed as a series of speakers shared their vision of climbing as a vital and positive community force. Representatives from The Climbing Initiative highlighted the potential for communities around the globe to follow in Lander’s footsteps and utilize climbing as a vehicle for positive economic, environmental, and social change. The organization has ongoing projects in Mexico and Malawi.

Kusiek then gave a presentation revealing the results of one of WYORBA’s first projects. In a study, Kusiek identified 11 Fremont County business owners who had relocated to the area to pursue outdoor recreation.

With help from a University of Wyoming professor, Kusiek determined that these 11 individuals — including the owner of Mulino — were responsible for adding $17 million to the town’s economy and creating 115 full-time equivalent jobs in 2019. Unsurprisingly, most of them camped in City Park when they first moved to Lander.

As a climber myself, it is no surprise that many “short trips” to Lander turn into long-term or permanent stays. While the rock really is just that good, the community also deserves enormous credit. It’s a town where people with a vast array of interests find common ground in their appreciation of Lander’s outdoor spaces.

“We love when people come here to pursue outdoor recreation, realize they have something special to contribute to our community, and decide to stay,” said Kusiek. “That’s what gives our economy longevity, and that’s what shapes our character.” 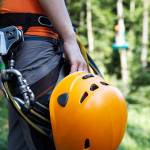