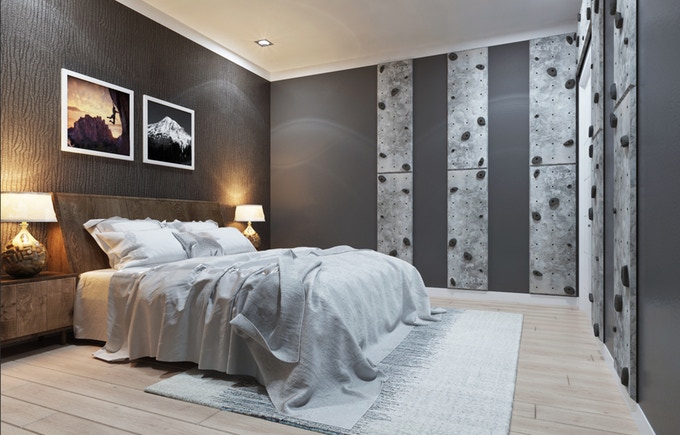 Climbing walls make for a great workout. But most just don’t look homey.

Enter Megalith Boulderwall. The brand, just launched on Kickstarter, builds modular climbing systems intended for the inside of your home.

People have been building bouldering caves in houses for decades. But they do tend to be, shall we say, rustic? But if Megalith’s style-conscious bouldering wall performs as advertised, you can climb from the comfort of your home without sacrificing Feng Shui.

The Legend Of The Woody: Todd Skinner's Climbing Wall

Todd Skinner was a star of rock climbing. He died in 2006, leaving behind a long list of first ascents and 'The Woody,' an artificial climbing wall that helped build a community. This is its story. Read more…

Megalith’s modular wall system mounts on any standard wall. The brand claims that it “compliments any room.” Take a look at the video below for some more on the concept.

I expect the design could lead to a lot of scuff marks on walls. You’d also need to be strategic about furniture placement to avoid breaking your fall – and your body – with a glass table, for example.

But these designs do look pretty cool and provide a quick workout any time the urge strikes. And with the right design sensibility, the basalt, slate, and “totem” colors would provide conversation starters. 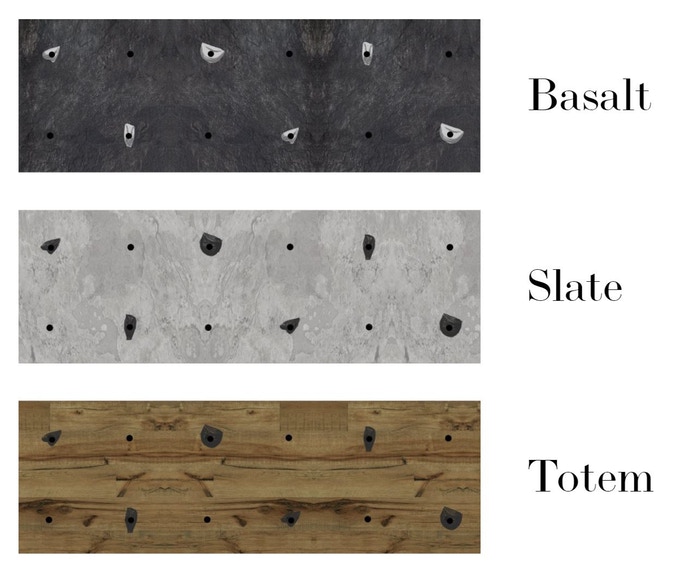 The product is also pretty reasonably priced. Pick up two panels – 16 in. x 48 in. – and 10 holds for just $120 at the early bird discount Kickstarter pricing.

Megalith Boulderwall just launched, and the campaign runs through April 21. For those ready to hop out of bed and right onto a boulder problem, here’s your solution.

Up Next: Climber Uses Wood 4×4 as Protection on Sketchy Route