So, your triathlon wasn’t hard enough? Try this debut: Triathletes are now permitted to venture through Rocky Mountain extremes on a swim-bike-run that tops out at 10,291 feet. 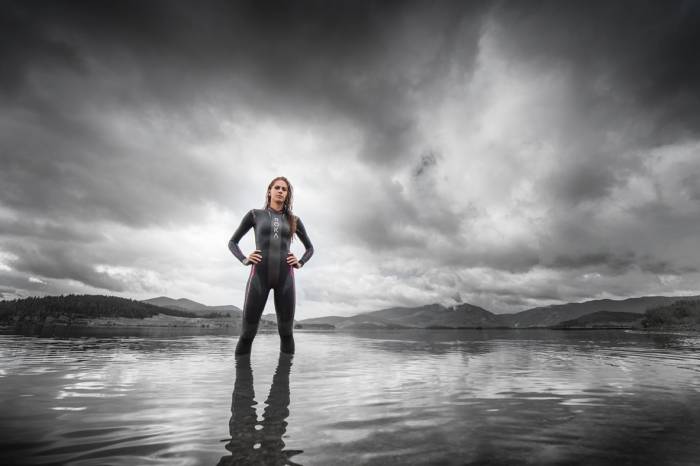 After close to a decade of planning, Colorado’s Dillon Reservoir (pinned at 39-degrees north, 106-degrees west, and about 9,000 feet in elevation) will make history on September 10, 2016, with its first-ever race, the 106-Degree West triathlon. It’s also coined the highest triathlon race in the world.

Sure, pool swim and treadmill triathlons exist at higher elevations than Lake Dillon. And the reservoir’s water temperatures are comparable to other Ironman races around the country, such as Idaho’s Ironman Coeur d’Alene and Michigan’s Ironman 70.3 Steelhead. But 106-Degrees West is the first reported ironman that pairs icy waters at 9,000 feet with an air-sucking ascent above 10,000 feet.

The wild-tri features a half-ironman 1.2-mile splash followed by a 56-mile pedal, and 5,600-foot climb, from the water’s edge to the town of Montezuma. Then a 13.1-mile footrace next to the Tenmile Range and Gore Range peaks. Not up for the half? Go for the quarter-man with a .6-mile swim, 28-mile bike, and 6.2-mile run.

A portion of each entry fee will support the Challenged Athletes Foundation, which provides opportunities and support to people with physical challenges, and participants can also raise additional funds for the organization. To top off the race, competitors that cross the finish line will be given a custom 106-degree cowboy or cowgirl hat and a belt buckle. 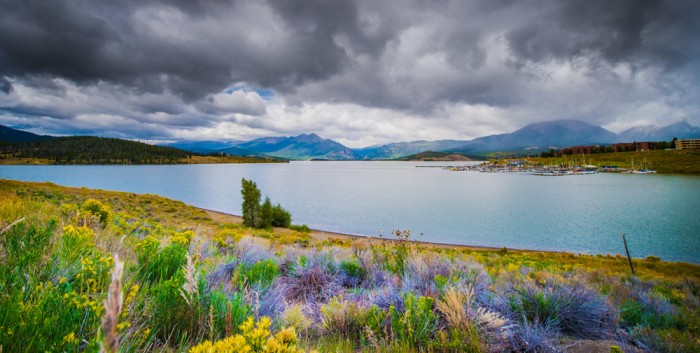 “There is a lot about this location that makes it challenging for the participants. The venue will take your breath away, literally and figuratively. Swimming at sea level is difficult enough. At 9,000 feet, it creates a special challenge that only these participants will understand,” said Jeff Suffolk, CEO of Human Movement Management (HMM), which diligently spent nearly a decade establishing approval for the race. 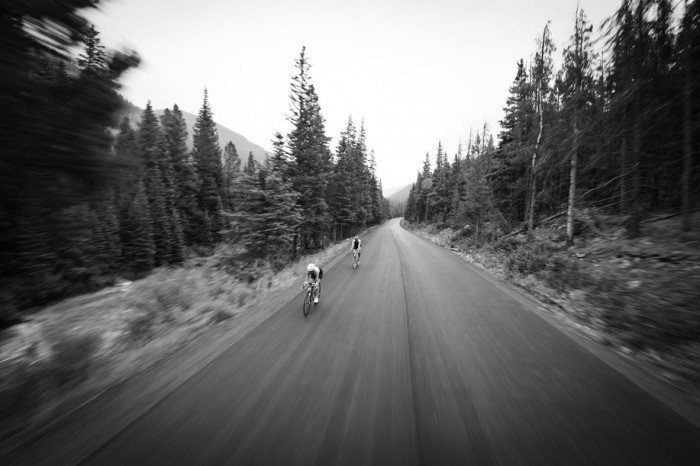 “The event is drawing first-time triathletes, adventure junkies from around the world. I think this event is going to attract people who have never done a triathlon before, simply because it’s such a unique athletic challenge,” said Suffolk.

“There wasn’t an exact permitting process to host events in the lake because it simply was not allowed,” Suffolk explained. “We had our work cut out for us to be the first-ever to use this iconic Colorado venue. We knew it wasn’t going to be easy.”

Swimming and water sports — with the exception of windsurfing with a full wetsuit — have historically been prohibited in the reservoir due to cold temperatures and a concern for water quality, according to Denver Water, which manages the reservoir that provides drinking water for the city of Denver. In the summer months, Lake Dillon’s surface temperatures rests at about 47 degrees in June, and rises up to 63 degrees in August, according to private researcher Doug Silver as reported by The Summit Daily. It’s not exactly an alluring beach scene.

For approval, HMM needed a thumbs up from The Dillon Reservoir Recreation (DRReC) Committee, which consists of several municipal agencies including Denver Water Board, Summit County Government, Town of Dillon, Town of Frisco, and the U.S. Forest Service. The pitch included race specifics: parameters of athlete and public safety, a proposed multi-agency team to organize the race, and the potential value that the race could bring to the Town of Dillon and Summit County. 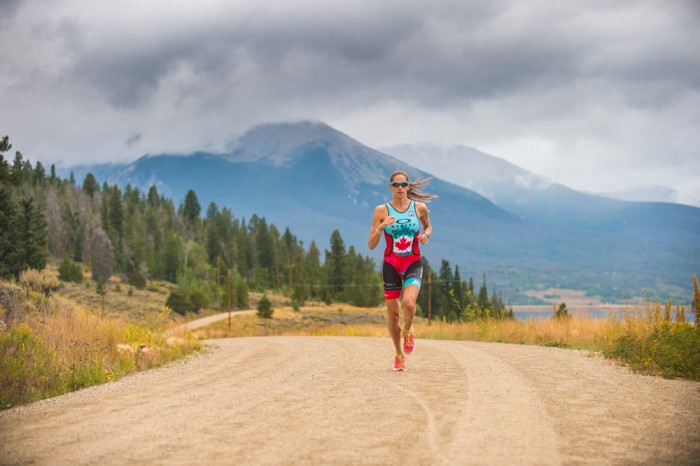 “With multiple agencies, cities, counties, and the state involved, you could imagine that it would require more legwork than a normal permitting process,” said Suffolk. “But it was amazingly efficient because everyone wanted to see the event happen.”

Based in Louisville, HMM is an active entertainment company that produces running races, beer festivals, triathlons, and obstacle races including The Ugly Sweater Run, The Zombie Run, and Dirty Girl Mud Run—so 106-Degree West should be a wildly fun (or painful) race. Check out the course maps, and learn more about 106-degrees West Triathlon and register here.

Up Next: Watch: An Ode To Trail Dogs And Running

Saving…
Watch: An Ode To Trail Dogs And Running
Think Ironman Is Too Easy? Get Heavy With Leadman
×