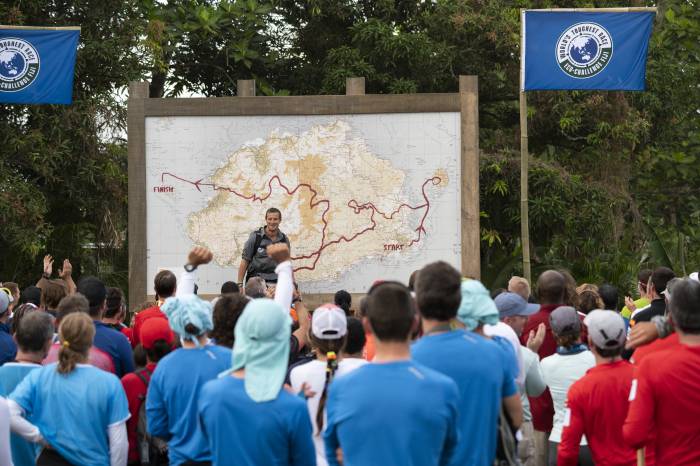 The Eco-Challenge adventure racing series aired in the ’90s, and after 17 years, it’s back. These are the Eco-Challenge winners and the teams that finished the ‘world’s toughest race.’

The race covers more than 415 miles (671 km), and teams must trek, bike, raft, climb, paddleboard, swim, rappel, and cross oceans to reach the finish. This year’s race in Fiji consisted of five legs or sections: ocean, jungle, river, highland, and island. And at each, teams had to locate and retrieve a medallion to continue.

After battling a capsized outrigger at the start and again at the end, as well as a few other obstacles along the way, Team New Zealand was victorious and placed first in the race after just under 6 days on the course. Eco-Challenge winners Team New Zealand consists of team captain Nathan Fa’avae, crew Mark Rayward, and racers Sophie Hart, Stuart Lynch, and Chris Forne.

Team New Zealand finished first with a time of 141 hours and 23 minutes, with Team Canada Adventure on their heels finishing a little over an hour later on Day 5 in 143 hours.

The race is timed and nonstop (except for mandatory camp breaks and checkpoints). The teams’ race times are tracked using those time check-ins and GPS trackers. The following list is the official ranking of teams, as documented in the Eco-Challenge TV series.

Fun fact: Nathan Fa’avae was also captain for the New Zealand team back in 2002, the last time the Eco-Challenge race was held. They were also Eco-Challenge winners that year.

Fun fact: Eco-Challenge can take teams anywhere from 5 to 11 days. While it’s a long race, the top 10 teams all finished within 24 hours of each other. In the sport of adventure racing, especially amongst top teams, these are super-competitive times.

Fun fact: Out of the 21 teams from the U.S., Team Bend Racing placed the highest, finishing in spot No. 14 with a time of 181 hours and 51 minutes. In the highland leg, Team Bend Racing made a critical navigation error, which cost them precious race time.

Fun fact: Team Iron Cowboy consists of all IRONMAN athletes, including James Lawrence, who holds a record for completing 50 IRONMANs in 50 states in 50 days.

Fun fact: Both Fijian teams — Team Namako and Team Tabu Soro — joined forces and teamed up to finish together. They completed the course in 11 days, over 5 days after Team New Zealand crossed the finish line. 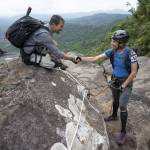 DNF (Did Not Finish)

Out of the 66 teams who entered, 22 teams did not finish, either due to a time cutoff, injury, or sickness (and a couple who pulled themselves out of the race). Here are the teams who DNF (they all battled at least 2 days of racing and obstacles):

If you’re looking for more exclusive coverage of the Eco-Challenge winners and other teams, get it here. Or check out our Eco-Challenge gear series.