At 273 miles long, Vermont’s Long Trail is a haven for hikers, backpackers, and (apparently) ultrarunners high-tailing it from the Canadian border to Massachusetts as fast as possible.

That was Godesky’s objective, at least, as the professional triathlete and coach just completed the grueling run in a jaw-dropping 5 days, 2 hours, 37 minutes — a new women’s supported record. 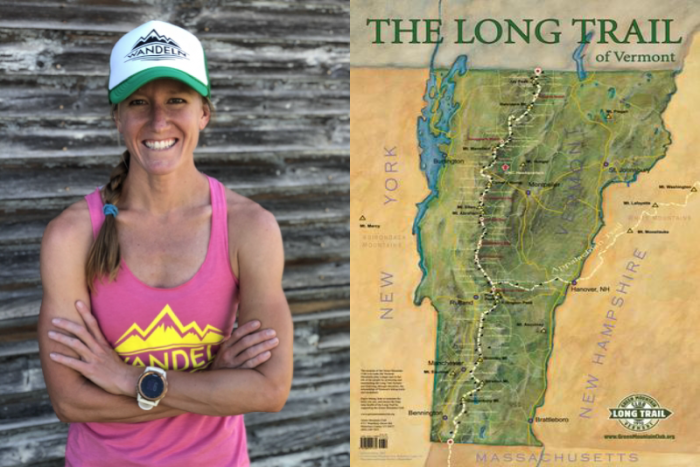 Like any hike or backpacking trip, Godesky’s run through Vermont’s backcountry took preparation. This attempt is some two years in the making, according to her partner, Matt Cymanski. And Godesky spent the 10 months leading up to the run thinking of everything from what shoes she’d wear to what she’d eat.

After pouring over what Cymanski called “every ‘what if’ we could imagine,” Godesky felt physically and mentally tough enough for the challenge. On July 31, she made history.

“Setting the women’s [FKT] proved to me something I’ve known all along: That hard work and detailed preparation can make up for lack of raw talent,” Godesky said. “I’m never going to be the runner that Nikki [Kimball] was. But my commitment to all facets of preparation for this project helped elevate me to the next level.”

But the attempt wasn’t exactly chock-full of rainbows and butterflies. Over the 237-mile course, Godesky added that she slept in her car, various shelters, and even on the trail itself. A team of twelve flanked her as she progressed. They met her at each checkpoint with drinks, food, and pacing advice for preplanned segments.

Godesky’s team published ongoing updates of her trip to Facebook, with videos detailing her daily progress. Her website, ProjectWandeln.com, also features more on her record-breaking run.

For those who aren’t trying to jet from Point A to Point B, Vermont’s Long Trail winds along the state’s Green Mountains, offering some of the area’s most gorgeous scenery. With views of Vermont’s tallest mountain ranges, it stands as the oldest long-distance hiking trail anywhere in the U.S. It also served as the inspiration behind the creation of the Appalachian Trail.

Up Next: Overhead, Underfoot: Crocs Cuts Costs, Outsources All Manufacturing