Board shorts, books, and a donkey?! Chris McDougall reshaped modern running, but what’s in his gear stash may be the most impressive.

Author Christopher McDougall loves talking about gear. And it makes sense. McDougall has built a career writing about all things obscure in sport.

In 2009, he brought ultrarunning into the mainstream with his wildly popular novel “Born to Run.” Then he dove into the world of human potential and incredible feats of athleticism in “Natural Born Heroes.” And his upcoming book will include, among other things, burro racing.

Racing an Ultramarathon With a Donkey: Meet Colorado's State Sport

You might think Colorado's state sport is skiing. You'd be wrong. Instead, it involves big miles and an ass. Read more…

McDougall logs a lot of miles, and his gear needs to hold up under pressure. Whether that’s pressure from a 200-pound guy pounding out 20-mile runs or the pressure that comes from needing a tool to actually work to fix a donkey’s saddle in the middle of the wilderness, McDougall makes the perfect test subject for any adventure gear.

So what’s he loving lately? Here are some choice picks from running royalty’s gear kit. 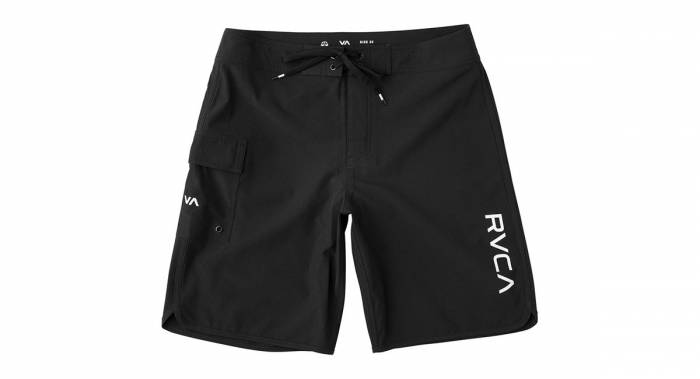 “Male running shorts are, across the board, garbage,” McDougall says. “The waistbands are stretchy, you cant secure anything, the pockets are useless, and the leg holes are freaking huge.” Enter board shorts — thanks to his wife’s Hawaiian upbringing. “Board shorts are designed to stay up even in crazy surf, and the pockets are designed so stuff won’t come out in the water.”

The material is also sturdier while being stretchy enough for a surfer to have full range of motion. Plus, the material is quick to dry. And unlike men’s running shorts, which can be in either super-boring or garish colors, there are tons of options when it comes to picking a style that suits your running personality. And the length of the shorts means you won’t end up feeling self-conscious stopping at the cafe post-run. His preferred pick is board shorts from RVCA. 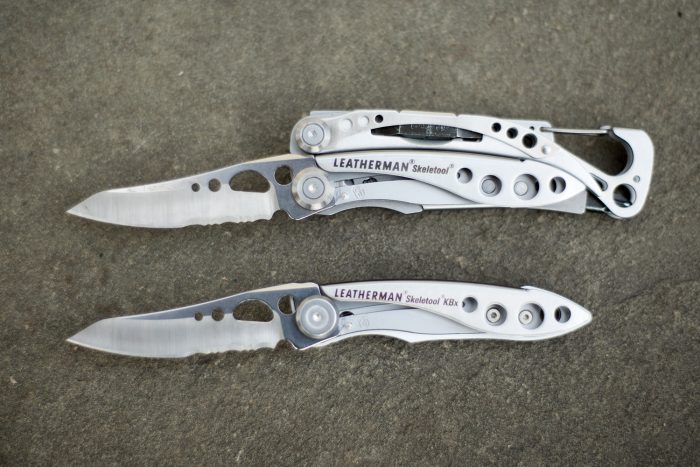 What does McDougall pack in his shorts pockets now that he has plenty of storage? Leatherman’s most compact, ultralight multitool. It comes with a combo knife, bit driver, pliers, and, of course, a bottle opener. “You can do quick equipment repair, and once it’s on your waistband, you won’t even feel it,” he promises. 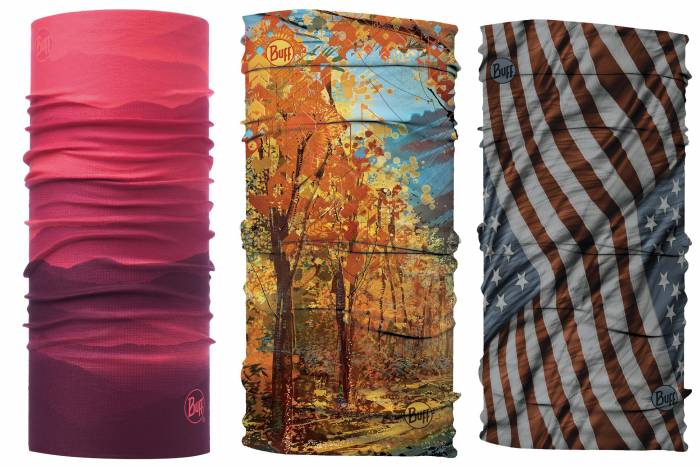 “You can’t own enough Buffs,” says McDougall. “When I leave the house, I pat myself down for two things: my Leatherman and my Buff. I need both of them.” His No. 1 usage is sweat control for his forehead, as well as head sun protection. “If you’re out and stuck and it’s blazing hot, you want your head covered.”

In the winter, a Buff an earwarmer. In a pinch, it can be a bandage. “I gave mine to a guy who crashed in a race and scuffed up his knee. He covered it with the Buff and finished it up with no problem.” For a cheap piece of gear, it’s incredibly versatile. 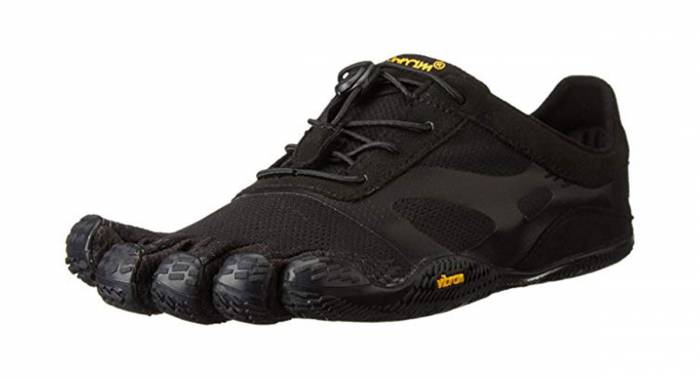 You can’t interview McDougall without asking the question: Do you run barefoot? It’s hard to believe, but he almost didn’t include the chapter on running shoes and the whole concept of barefoot shoes in “Born to Run.” Luckily he did, because it really stuck with readers and arguably led to the huge increase in popularity in shoes like Vibram’s minimalist five-finger shoes. “The [Vibram] five-fingers are amazing, with the one caveat that they’re hard to get on and off,” he says. “I think they look cool, too!” 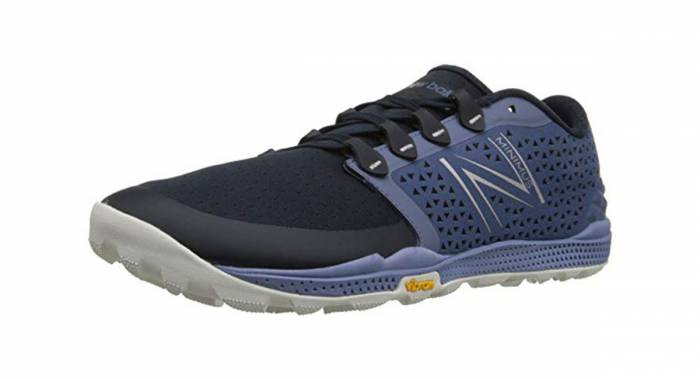 For the crowd who prefers a more low-key approach to a minimal shoe rather than going full-on barefoot, McDougall loves his old pair of New Balance 10v4 trail runners. They’re low-profile but look more like standard sneakers. And they’re a good entry point to the barefoot lifestyle versus diving straight into Vibrams. 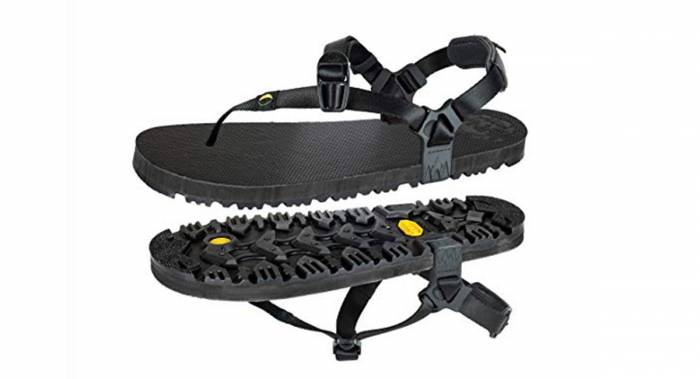 If you want to take barefoot running to the next level, Luna Sandals are the answer. “Born to Run” readers will likely remember Barefoot Ted. A major barefoot devotee, Ted went on to create Luna Sandals. McDougall’s current favorite pair is the Oso. “Ninety-nine runs out of 100, I wear these now,” McDougall says. “Once you have your toes free, you never want to go back.” 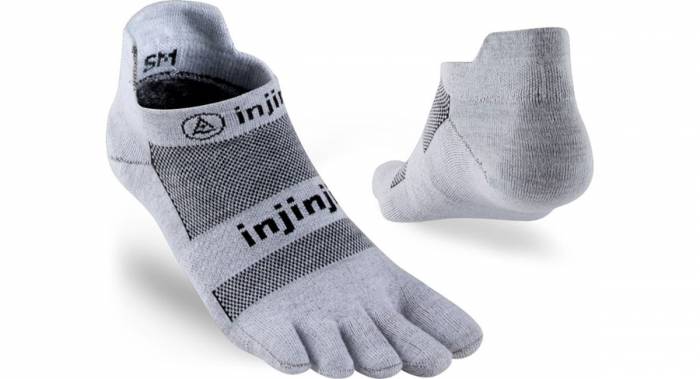 These toe socks are McDougall’s pick for winter weather when he wants to stick with his sandals but there’s snow on the ground. “These are the only socks that I’ll wear when I run,” he says. Made with merino wool, the Injinji socks work with regular sneakers, and they’re ideal for if you’re blister-prone, you use shoes like five-fingers, or you run in sandals. (Style points are not being calculated here.) 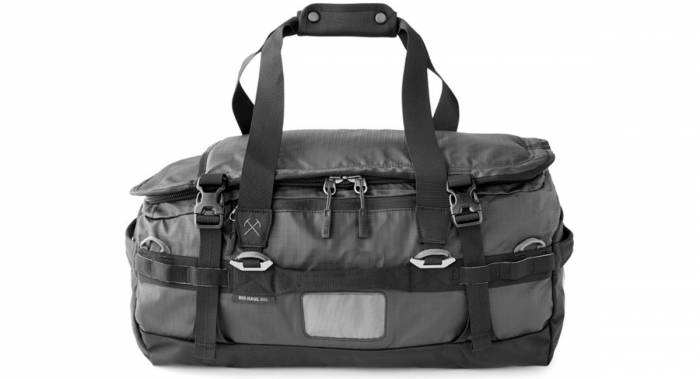 You would assume that someone like McDougall would have a super-fancy set of travel gear, but he actually prefers the simplicity of a basic duffel. “I get lured by fancier stuff, but the simple nylon duffels by REI that are simple enough to just carry the stuff I need is great,” says McDougall. “They have a side pocket; they’re collapsible so you can fit one inside the other,” he adds. “They’re usually perfect for whatever I need.” 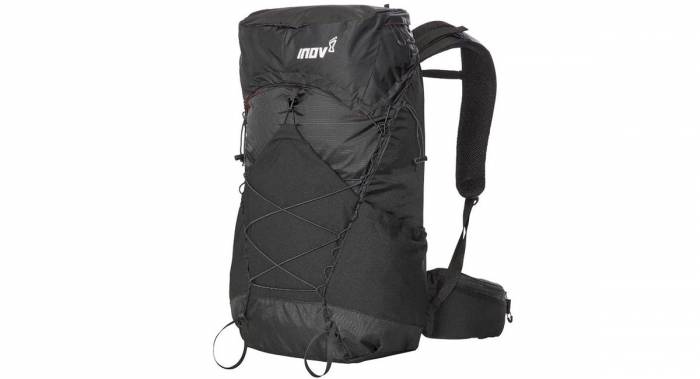 “They started this company by designing stuff for people who might actually get lost on a mountain,” McDougall says. “Their backpacks are super light and amazing. I rely on them and have them in both sizes that they offer because they’re so well-made. They also have the only waistband hydration pack that I’ve ever found that I like.” 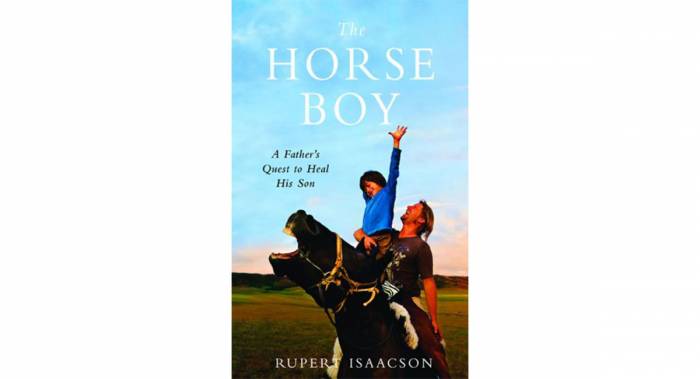 “I like offbeat adventure books,” McDougall admits. “I loved ‘The Horse Boy: A Father’s Quest to Heal His Son,’ where this kid’s dad realizes that his son responds well to horses, and they go to Mongolia to investigate that. I’m also into surfing since Barefoot Ted keeps talking about ‘being in the curl.’”

McDougall’s upcoming book promises to be another inspiring read. And this time it might inspire you to get outside — and get a donkey to race. That’s right, he’s into burro racing now (which he briefly mentions in “Born to Run”), and his new favorite piece of gear is his custom-made saddle. Donkey halters are hard to come by, he adds. “Halters are tricky — you end up with a pony halter a lot of the time because donkeys’ heads are oddly shaped,” he says.

Pro tip: With the halter, you always want to have a bit more rope than you think you’ll need. McDougall runs with a 12-foot rope, even though he only uses around 4 feet of it. And go for a natural fiber that feels good on your hand (not nylon). His pack saddle is designed to carry equipment, not a human. And in burro racing, you’re required to have a saddle on your donkey.

“You want it to be as light as possible, but also secure and sturdy. It’s like trying to find a perfect bicycle!” he says. “We found a company called Bantam Saddles that custom designs saddles based on the custom dimensions of your animal.” 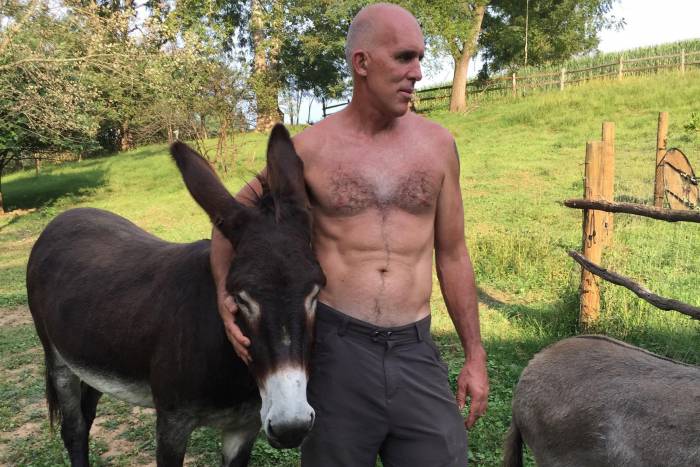 Forget a heart-rate monitor; McDougall has an even better way to control his pace and effort. “Running with a donkey teaches you how to run well,” he says. “They warm up slow, they’re steady, and they force a pace on you — and it can kick you if you don’t follow along! It might feel slow, but you quickly realize you should be going this slow. Donkeys are the perfect piece of tech equipment!”

Up Next: The Best Way to Find New Adventure: How to Use Strava’s Global Heatmap

Saving…
The Best Way to Find New Adventure: How to Use Strava’s Global Heatmap
GORE-TEX T-Shirt? INFINIUM Performance Fiber Makes It a Reality
×