We’ve seen a lot of FKTs on cool routes, but this one might take the cake.

The Ojos del Salado volcano in the Andes Mountains on the Argentina border stands at 22,614 feet tall. This stratovolcano is the highest active volcano in the world. So naturally, World Championship runner Tyler Andrews decided to run up it.

Tyler Andrews, 30, is an Olympic Marathon qualifier and has set numerous records, including the world record for the fastest 50K on a track.

He trained in South America a week before his FKT attempt of the Ojos del Salado on Monday, Feb. 22. He completed the 54km volcano run in record time: 9 hours 29 minutes. His record shaves more than 12 hours off the previous time. 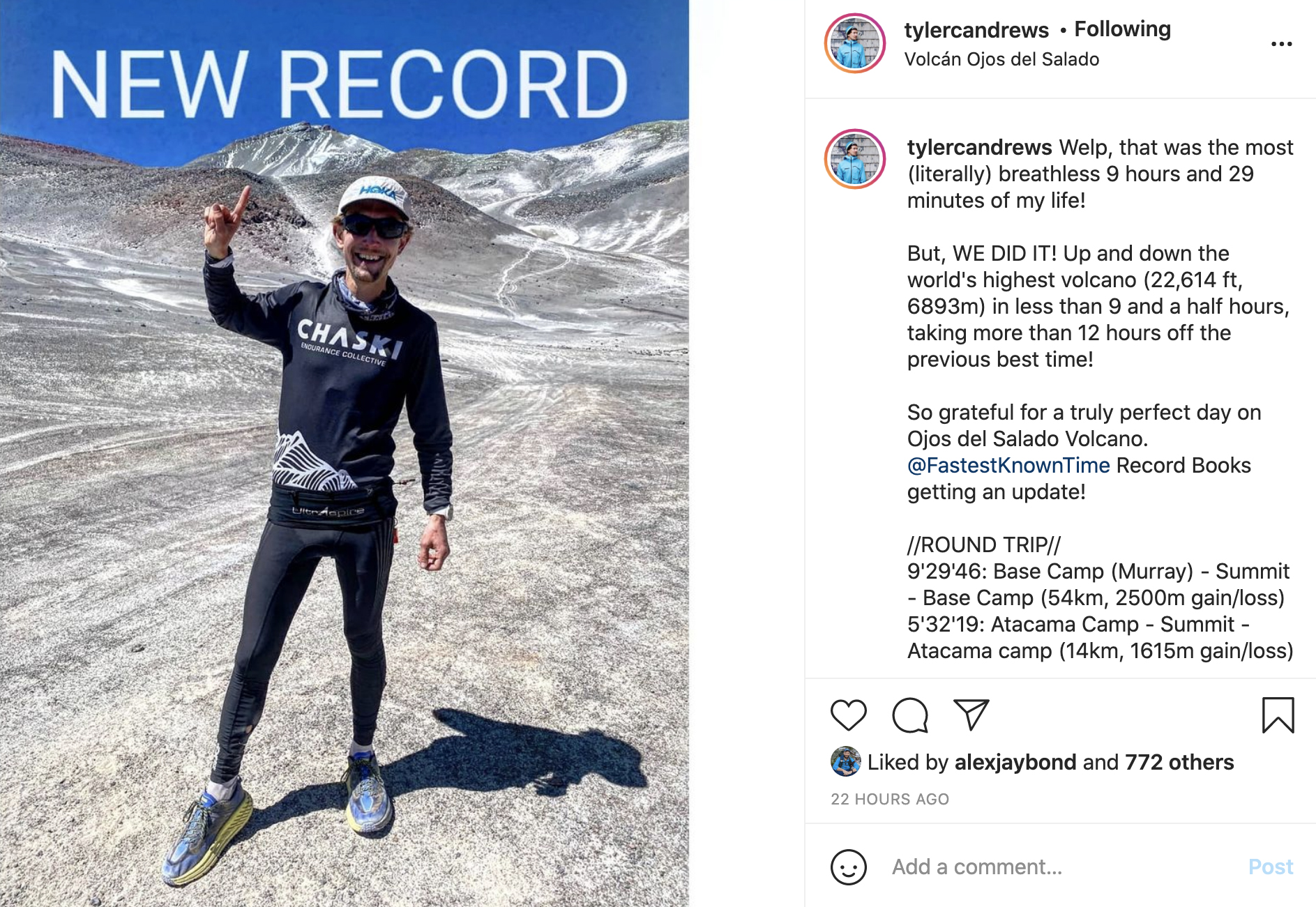 “This was one of those rare life-changing runs. Much more coming soon,” Andrews penned on Instagram.

“Thanks as well to my supporters and sponsors Chaski Endurance, HOKA ONE ONE, UltraSpire, and Maurten for helping support my crazy dreams, and for the amazing gear that helped me get up and down this monster in record time.”

Here’s a look at his total route on the volcano:

We tested the best running hydration packs and vests of 2021, including top picks from Salomon, Nathan Sports, Arc'teryx, and more. Read more…