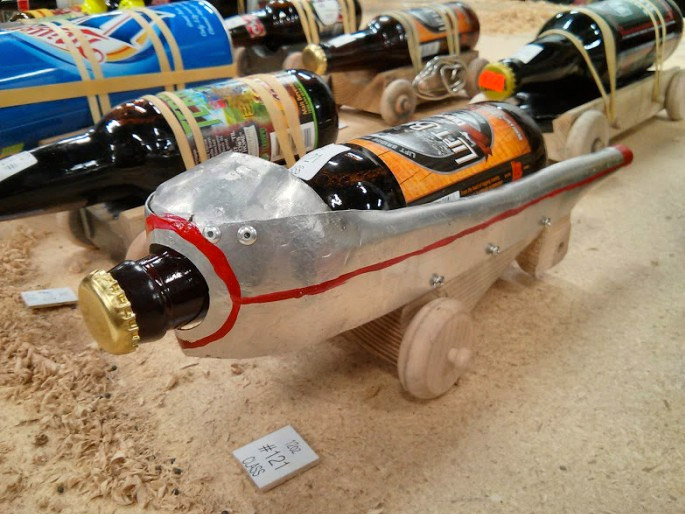 Pinewood Derby has long been a staple of the Boy Scout lifestyle, but grown-ups are taking it to a boozy new level.

The Beerwood Derby gives adults the delight of racing beer-toting cars down a wooden ramp in hopes of glorious victory. And if you lose? Well, drink your race car. 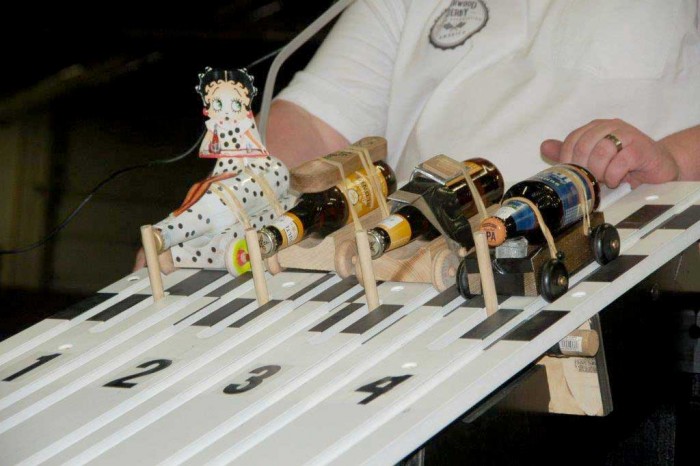 The event, based in Minneapolis, got started when Rick Siewert and a few other Scouting dads got tired of only watching their kids race Pinewood Derby cars.

“We decided ‘We gotta do this for ourselves,'” said Siewert. 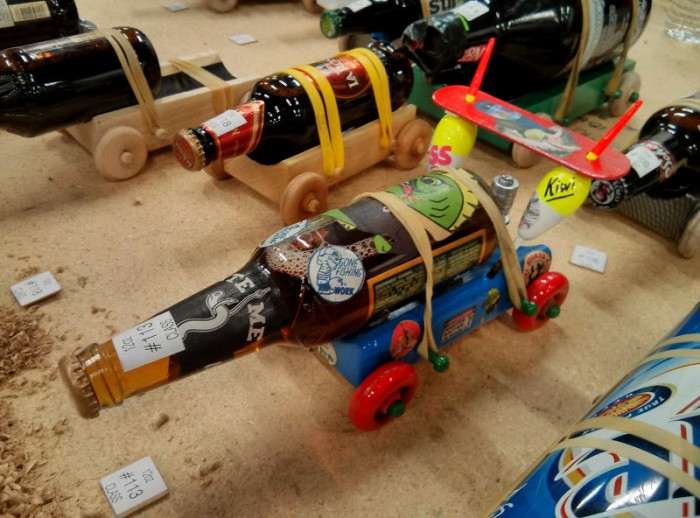 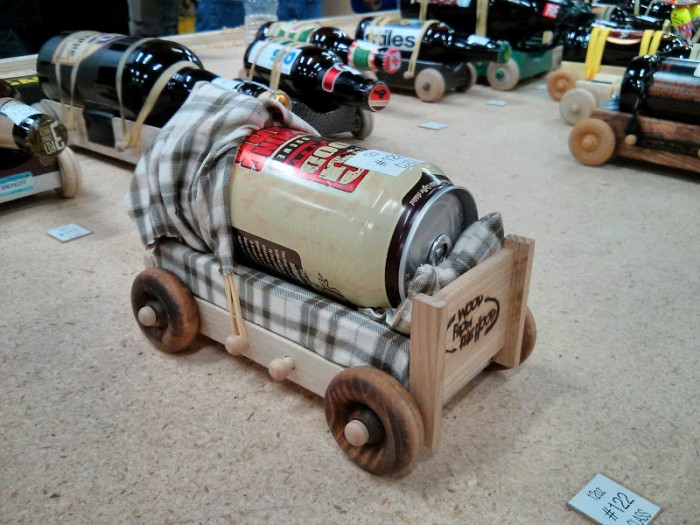 From foamy porters to bubbly lagers, the beers race each other down a 66-foot track, each one strapped to a wooden base with wheels. They’re released in heats of four. 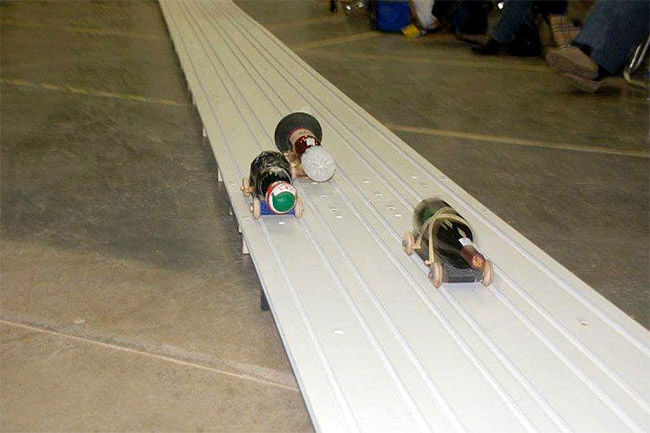 The car that gets to the bottom first wins. After a car has lost three times, it is disqualified.

There are four race categories: 12 oz can, 750ml bottle, Wine, and Growler. In order to race, you must use an approved kit that can be purchased from the group’s website for $20. 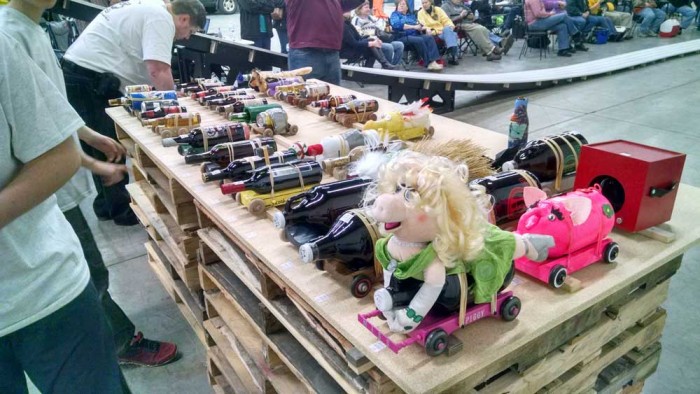 The derby has drawn as many as 44 racers and the house is usually packed with a crowd of spectators to cheer on the suds. All the proceeds from the event go toward Boy Scout Troop Number 1.

Now in its fifth iteration, the event is starting to catch on in other cities. A derby recently popped up in Chicago at the Lagunitas Brewery, and Siewert notes other areas have expressed interest in hosting the event. 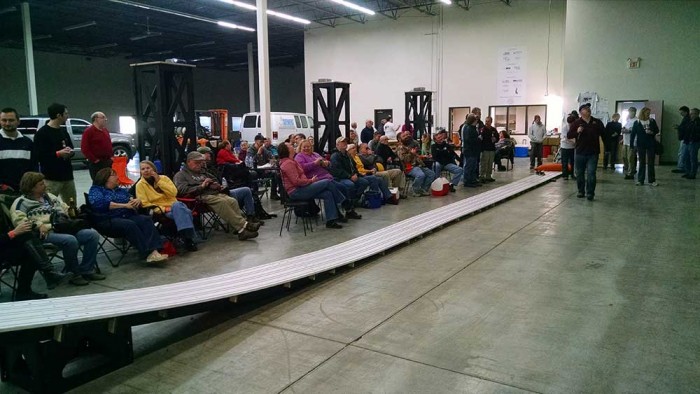 Up Next: April Fools: Hilarity From The Outdoors World