Forget bulky brewing systems with plungers and kettles. Unwrap a mini brick of coffee that fits in your pocket, add hot water, and enjoy. 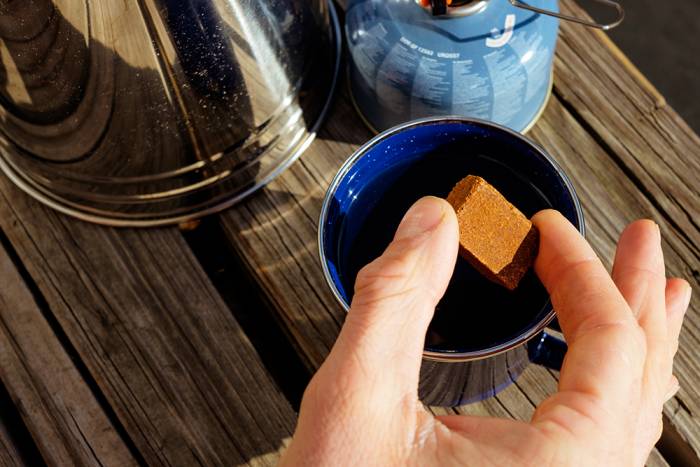 Jiva Coffee Cubes give “coffee on the go” an unusual twist: a rock-solid block of joe. The concept is marketed for mobility, from business travel to camping. And it’s because of its convenience for outdoors activities that I got my hands on it.

Two quick notes: 1) These are not new to market, the cubes launched on Kickstarter in 2012; and 2) I am an obnoxious coffee snob. I worked as a barista, roaster, and wholesale manager in the specialty coffee industry for 12 years.

Like other dissolve-in-a-cup instant coffee, it does not taste near as good as a fresh-brewed cup. But Jiva’s take on instant coffee is so unique that I decided to give it a review, knowing full well that it is all but impossible to replicate coffee-house coffee at the campsite.

Coffee makes the great outdoors even greater. These 10 ways to brew in the outdoors are easy far from home. Read more…

I tested a box of Jiva’s “classic” coffee, but the brand offers flavored cubes (mocha, caramel, etc.) and instant hot chocolate. Aside from its cube form, the standout feature is that each block includes panela. 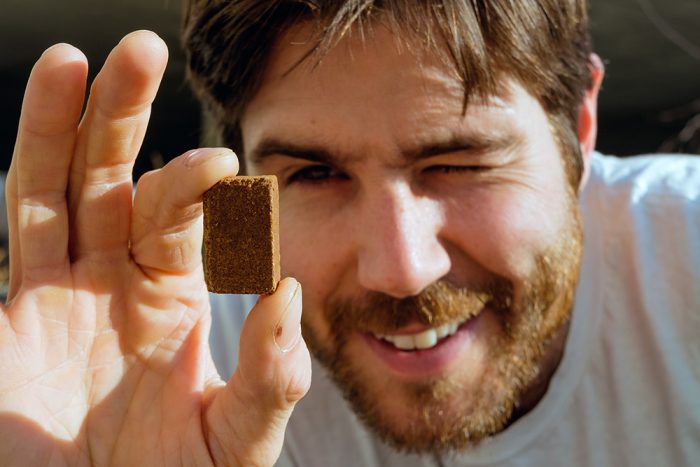 What’s that? I had to ask, too. Panela is just unrefined cane sugar, and it’s common throughout Latin America. In the Jiva cubes, it’s the number-one ingredient — ahead of its coffee content even. Each 8g cube contains 6g of sugar.

Twenty-four cubes come in a $15 box (Jiva offers $5 boxes with four cubes). The directions recommend one cube per 6-8 oz. of water, or two for a stronger cup (more on that below). So, if you’re a cup-a-day drinker, that’s around three full weeks’ worth of java for $15.

I heated 8 oz. of water to about 170 degrees and dropped in a cube. It took about four minutes to completely dissolve, which is the same amount of time a French press pot would take.

I did not add milk or sweetener. Jiva claims the coffee will be ready in 45 seconds, though I suspect that’s with boiling or near-boiling water. 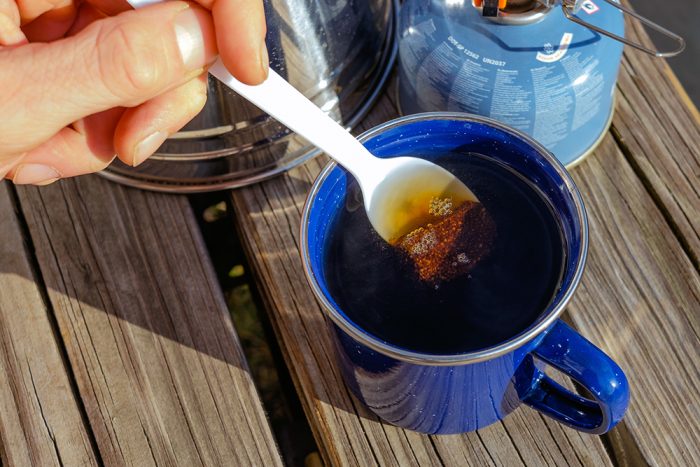 I stirred the murky contents in case any of that cube-y goodness settled to the bottom and took a sip. The first thing I noticed was that one cube was not nearly strong enough for my taste.

One cube for 8 oz. would probably only suit people who top off their coffee with extra hot water at a coffee shop. Still, even though body was lacking, there was flavor.

Jiva classic (not flavored) tastes a lot like other instant coffees. It’s harsh and burned-tasting, but that’s the price you pay for instant, vacuum-packaged joe.

But overriding the only-average coffee flavor the panela makes the drink sweet. This should not be surprising when you do the math and realize each cube is 75 percent sugar.

Coffee snobs should pass this one by and stick to fancier methods: French press and travel-friendly pour-over units, for example. But those take up precious ounces and pack space. 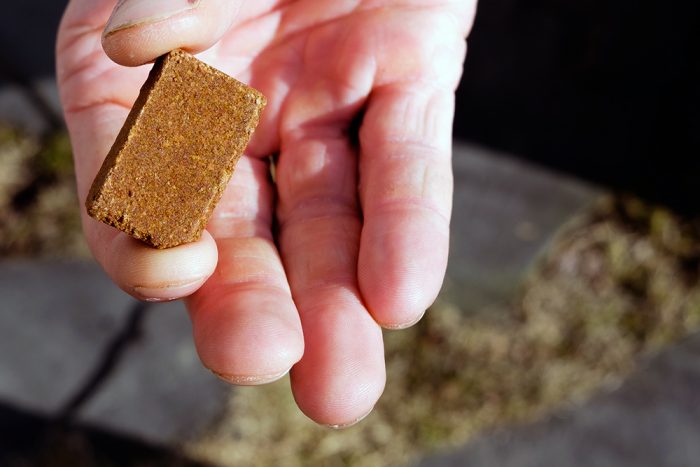 If time and mobility are paramount, the Jiva Coffee Cubes are one of the better instant-coffee options I’ve tried. It’s brown, fairly sweet, and caffeinated. It’ll do the trick.