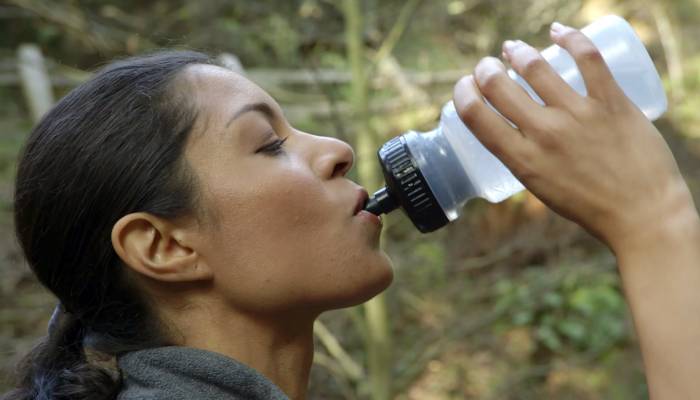 Fill up a water bottle from a stream or lake. Put on the top, and drink water free from pathogens.

That’s the simple premise of the Naked Filter, a water bottle system announced by filtration company Liquidity on Kickstarter today.

The bottle is unique because it has a filter in the cap that removes a company-claimed 99.9999% of microorganisms, including bacteria and cysts down to 0.2 μm (E-coli, Salmonella, Cholera and Giardia included).

That size still allows viruses through, so the bottle is best used for camping and hiking in locations such as North America where viruses in surface water are not a major concern. 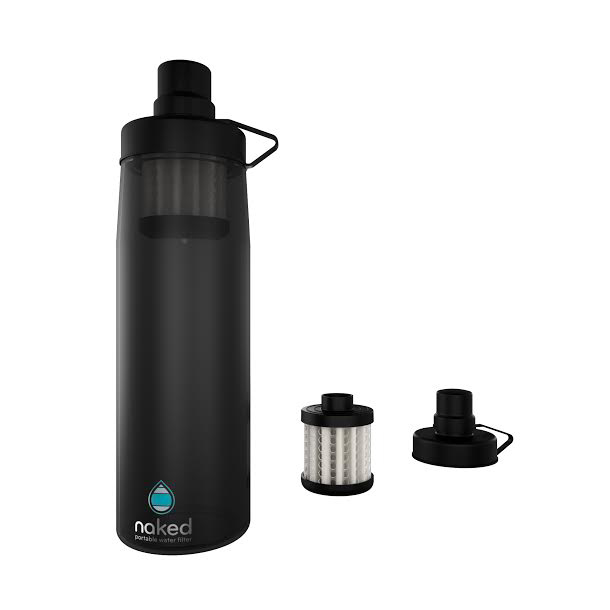 The nanotechnology that powers Naked Filter is a result of more than 15 years of R&D at Stony Brook University and Liquidity. This portable water filtration bottle is Liquidity’s first mainstream consumer product, and the first product to offer an electro-spun, nano-fiber membrane technology that provides high-quality bacterial filtration at flow rates not possible in the past.

The filter does wear out over time, but it is equally effective from beginning to end of its life span. Once a filter reaches capacity, usually 20 to 30 gallons depending upon water quality, it blocks up and water stops flowing, alerting users that it’s time to replace.

Naked Filter sells as a package of a 24-ounce bottle and filter for $23.99 and should be available in fall 2015. They are currently available on Kickstarter at a significant discount.

We haven’t tested it yet and this isn’t the first water bottle to clean as you drink, but if this version works as promised, the Naked Filter will be a nice addition to the arsenal of water-treatment products on the outdoors market.

Up Next: ‘Anti-Bottle’ – Soft-Side Vapur Going Strong After Two Years