Home » Footwear » Like Apples? Plant These Shoes to Grow Your Own Tree

When these sneakers take their last step, bury them in your yard to sprout your very own apple tree.

Kickstarter is a marathon, not a sprint. And the folks at Johnny Footwear hope eco-conscious consumers will join the crowdfunding race and take a stand for these sustainable shoes.

But with competition to corner the green market increasing every day, how can an upstart footwear brand set itself apart? For Johnny, it set out to make a shoe that not only minimizes its impact, but also actively supports the planet.

Embedded within the midsole of every single Johnny sneaker is an apple seed. So when your shoes are spent, Johnny encourages you to bury the shoes and wait for its second life to sprout. 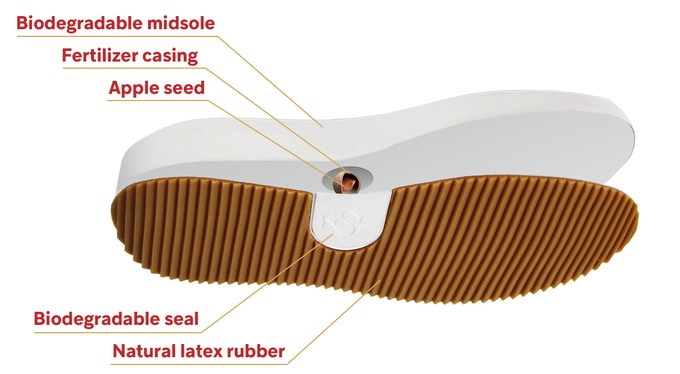 According to the brand, it sought to reduce plastic waste generated by old, discarded shoes.

“What most of us don’t realize is that our shoes are made almost entirely out of plastic,” Johnny’s Kickstarter promo video states. To combat that, Johnny made its sneakers almost entirely out of vegan and biodegradable materials: organic cotton upper and laces, beeswax coating for water resistance, cork for the insole, and natural latex rubber.

But the real kicker is in the midsole. Designed to biodegrade in 3 years, this midsole houses a single apple seed encased in a fertilizing shell. The idea is that you can plant the shoes, the midsole will decompose and release the seed and fertilizer, and nature will do the rest.

Houle did acknowledge that the shoe still has a single nonbiodegradable component: its collapsible Lycra heel. But he noted that if the project takes off, his team will custom make this as a biodegradable feature as well. Until then, customers need to cut out the heel before planting. 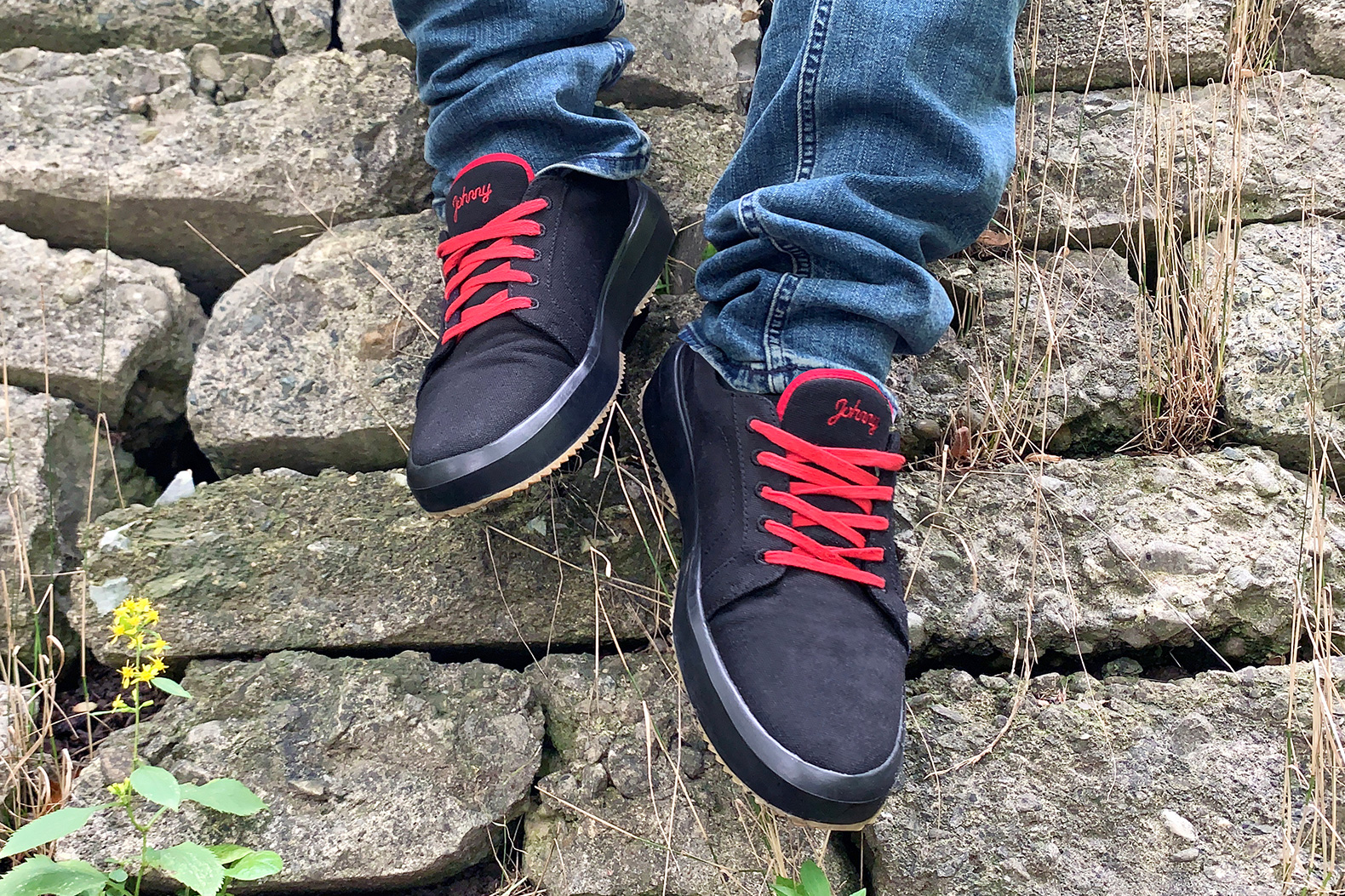 The shoes will retail for about $133 a pair (each shoe contains its own seed). If you snag a pair, Johnny Footwear founder Luc Houle advises planting the shoes about 6-8 inches deep, upside down, and ideally somewhere that gets a good amount of rain. Don’t worry too much about perfect conditions, however, as Houle notes he chose apple trees because they’re hardy and can grow “in most environments in North America.”

Finally, if your shoes fail to germinate, fear not — Johnny also plants a tree for every shoe sold. And if that’s not enough, Houle will do you one better.

“If the shoes are planted and in 3 years the apple tree doesn’t sprout, we’ll mail out a generous batch of apple seeds to anyone who requests it.”

Want to learn more? Check out the Johnny Kickstarter.

Up Next: These Boots Were Made for Folding: Get to Know the XTRATUF 15-Inch Duck Camo Legacy