“It’s a total love or hate shoe — people are like ‘that’s the coolest thing I’ve ever seen,’ or ‘I hate that, I want to beat up the guy who designed it.'”

Those words initiate our video with Rory Fuerst, Jr., a lead designer with KEEN Footwear who visited the GearJunkie office earlier this month.

The occasion was the launch of a new shoe line from the company, called UNEEK, which is not like anything we have seen on the market before. (GearJunkie previewed the UNEEK launch last summer.)

Hovering between a sandal and a shoe, KEEN calls it a new category (“open-air footwear”) and as the name implies it is indeed unique — no traditional shoe machinery or conventional footwear materials are used in the design.

Instead, a macramé of cord, looped, tied, and attached to a polyurethane midsole, is the totality of the upper. The 3mm cord is water resistant, and on the foot it bends and flexes as you hike.

This platform sits on top of a rubber sole with siping for grip when a surface underfoot is wet.

During his visit to GearJunkie, Fuerst got on camera for the interview then suited up to go on a run with one of the editors on the surface of nearby frozen Lake Calhoun (it was a 10-degree day in Minneapolis).

Later, Fuerst rode a fat bike through the city to an event with the UNEEKs on, though he did add a waterproof “vapor barrier” liner under his socks before the ride. 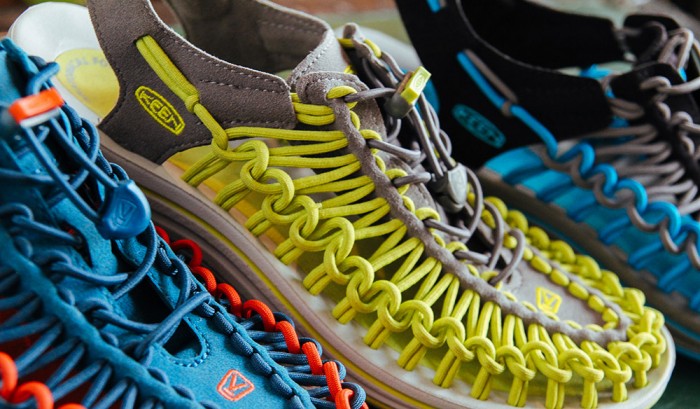 We have a couple pair in house and are testing UNEEK this month. Though we have not yet got on a fat bike, in our tests so far they are comfortable and supportive like a shoe. But the upper has a sandal feel and is super airy — move your foot and you feel wind on your toes.

UNEEK comes in 14 colors for men and women. It’s something different and unique, no doubt. Look for the “love or hate shoe,” as Fuerst put it, at stores starting this month for $100. 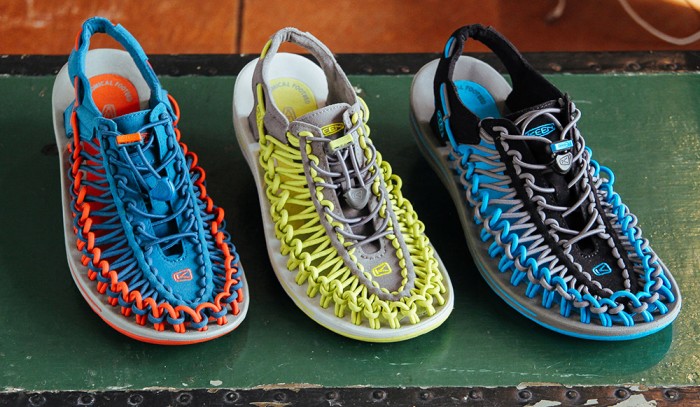