It was 4,000 years ago, along the punishing Arctic coast from Greenland to the Bering Sea, when humans created a new way to brave the icy ocean waters and slice through frigid breaks. Indeed, before the Great Pyramids were stacked, the first kayak was born.

Today the kayak is largely a pleasure boat of exploration and play. Its domain has grown throughout its history, from the nearshore Arctic waters of its inception, to distant journeys across open sea, canyon whitewaters and inland lakes. Its appeal still rests in its nimble handling, capacity for speed and intimate connection with the water.

Unlike the early days, however, modern kayaks are often the product of mass production and computer aided design. No longer do they boast whale bone frames or stretched seal skin hulls. Fiberglass, PVC and kevlar have allowed for lighter, cheaper and more consistent designs (not to mention they’re significantly less slaughter-y). 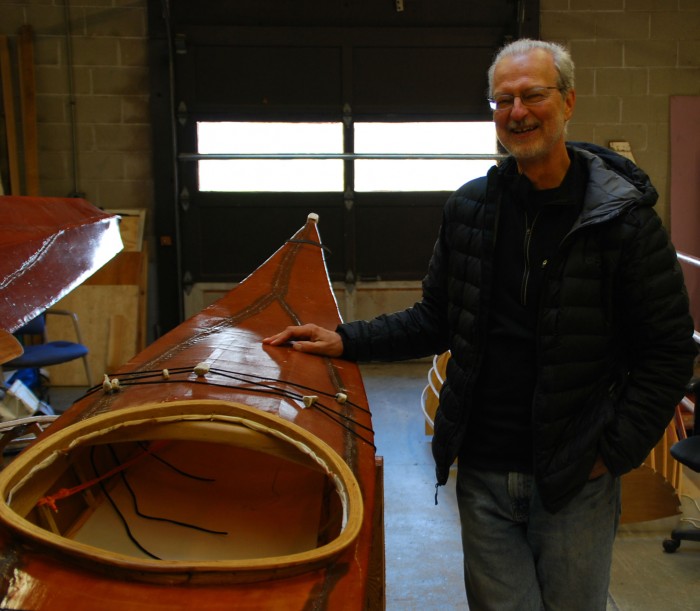 If you’re really looking, though, there are kayak purists who have preserved the old ways and strive to keep alive the art of traditional skin-on kayak construction. Tony Schmitz, owner of the one-man operation Frogtown Kayaks in St. Paul, MN, is one such die-hard. Working out of a barebones shop space in an industrial quarter, with no sign or advertisement of his craft, Schmitz builds Greenland hunting kayaks and baidarkas one by one, in the art and spirit of the old ways.

Just on the wiser side of 60, Schmitz has a slow, rolling voice and weathered hands that hint at his methodical, practiced approach. He only builds a handful of these seaworthy relics each year, averaging just two or three commissioned builds. But his output is not so much a measure of his capacity as it is his lifestyle. He and his wife Patricia pour most of their energy into running a small community newspaper aimed at celebrating and advocating the growth of green spaces in their neighborhood. The kayaks are mostly a labor of love. 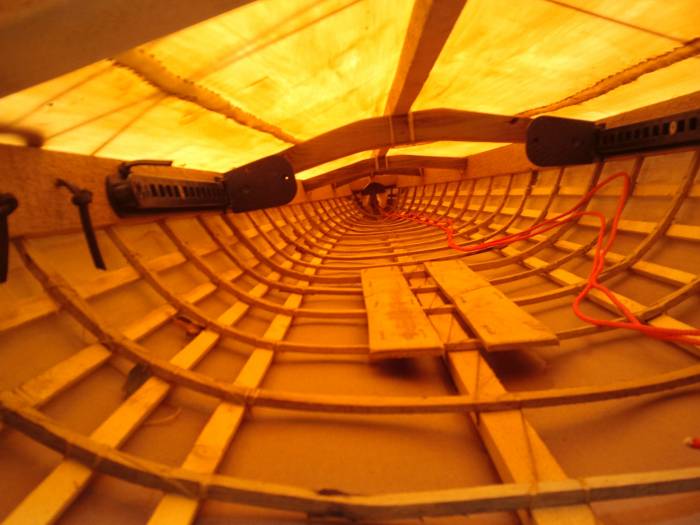 “I like that I can make something beautiful out of virtually nothing,” Schmitz says. “I spend a lot of time moving pixels around for work – this is the perfect antidote. It’s almost like buying a bunch of lumber from Home Depot and building a Ferrari.”

Although he’ll fit and build a kayak for anyone, these rigs are typically not for casual paddlers. The original design of these kayaks allows for easy rolls and flips. Or, should you find yourself seal hunting in the Labrador Sea, hauling your rig onto a passing ice floe. 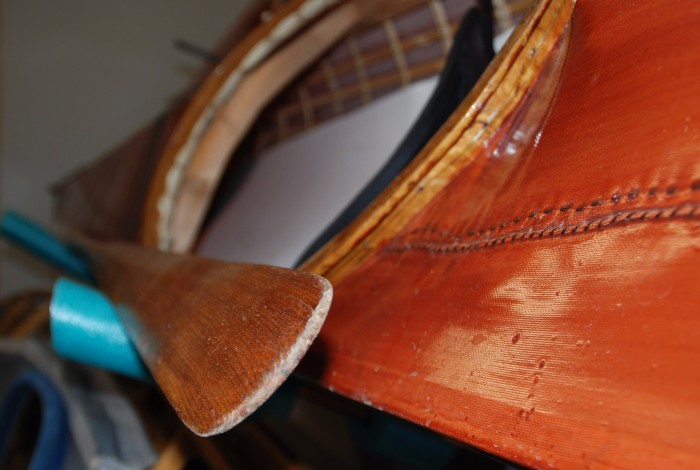 Schmitz is primarily building kayaks for “kayak nuts – someone who’s comfortable about his or her rolling skills…and is interested in exploring the historical roots of the kayak.”

Those roots reach back over 1,000 years into the glacial shores of modern-day Greenland, Newfoundland and Alaska. The baidarkas (or Aleuts) Greenland hunting kayaks that Schmitz constructs are longer, narrower and sit lower in the water than your typical fiberglass, cabin-by-the-lake kayaks. The paddle, called a puatik, is distinctly different – like the frame itself, it’s longer and skinnier than the common kayak paddle, more suited to the advanced maneuvers for which the vessels were originally designed. 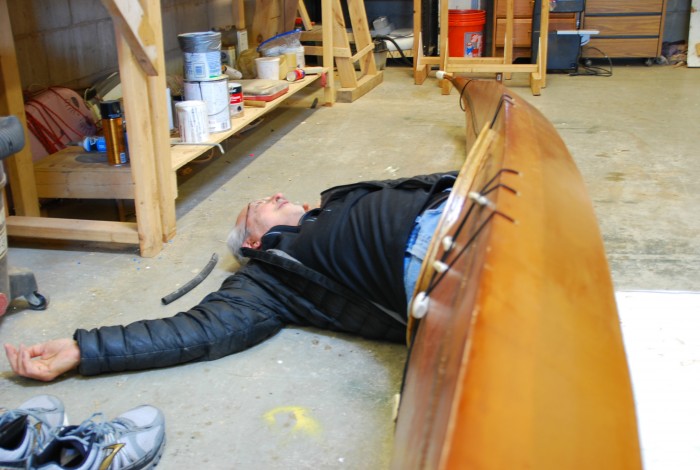 For those who are comfortable with their paddling skills and don’t mind the snug fit and lively gait of these agile relics, Schmitz will not only build one to your unique specs, he’ll show you how to slap it together your damn self. At no extra cost ($1,500 per kayak) Tony will take you through the roughly 100-hour process of skin-on kayak construction.

“I’ll do the stuff where you could lose a finger or have blood spurting all over,” he says. The rest is entirely up to you. And don’t worry, much like his quaint, unique shop, Tony’s approach to instruction is anything but conventional. You find the times and pace that work for you and that’s what your kayak-building classes will be. After all, Tony doesn’t want to make building a kayak any more work than it has to be. Maybe the ancients would appreciate that.

Up Next: Jamaican Fishermen’s ‘Delicious Solution’ To Lionfish Invasion