Most of us will never set foot on Everest, but Google has made it possible to experience parts of the world’s highest mountain without leaving a La-Z-Boy.

Although you can’t digitally visit the summit of Everest just yet, you can now explore the region and get all the way to base camp.

The Khumbu of Nepal is a region leading up to the base of Mount Everest and is home to the Sherpa people. The rural and largely undeveloped area is the first stop for many climbers attempting to summit the mountain.

Google has made it possible through its Street View program to walk throughout the villages of the Khumbu region. Everything from a yak “parking lot” to the region’s schools, libraries, and lodges are open for viewers to explore.

Many of the scenes have recorded noise from the setting playing in the background and narration to put everything in context. 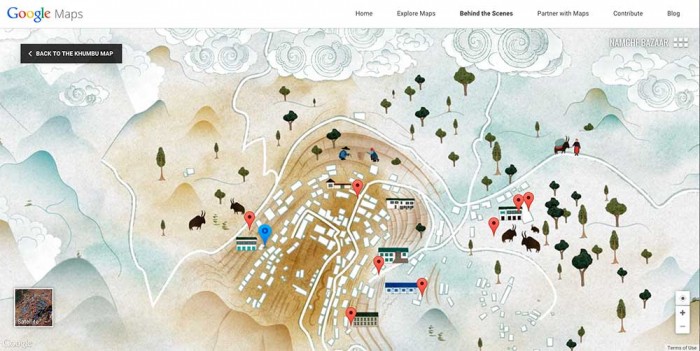 Apa Sherpa, who’s reached the summit of Everest a record 21 times, helped Google collect breathtaking views of the mountains in the Khumbu, as well as local monasteries, lodges, schools and more.

Short videos profile prominent Sherpas from the valley, including Kancha Sherpa, the last surviving member of the first successful summit expedition in 1953 with Sir Edmund Hillary.

You can take a guided tour of the region or explore it on your own with Google Street View.

Got a little digital summit fever? Check out the summit of Aconcagua, the highest mountain in the western hemisphere, for a little high altitude inspiration.