Bosch is introducing the Kiox, a handlebar-mounted fitness tracker for those who use e-bikes to ride seriously.

It will be available for demo at next week’s annual Interbike industry conference. But consumers won’t see these bright, compact color display mounts on e-bikes until at least early next year. Look for them on Trek, Electra, Cannondale, Bulls Bikes, Riese & Müller, Cube, and Moustache brand bikes.

The new Kiox e-bike trainer works with a Bosch mount or with a custom rig right on the handlebar stem. The technology follows two previous releases from Bosch eBike Systems: the Purion and the Intuvia. You can see how all three stack up here. 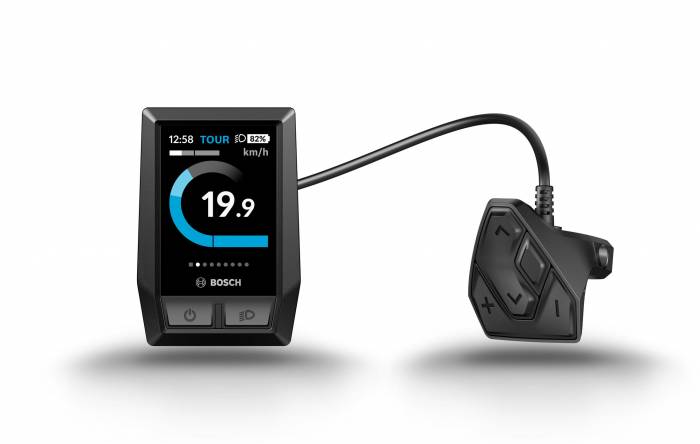 The Bosch Kiox’s high-resolution color display is just under 2 inches. A separate yet attached control unit puts performance data such as speed, cadence, and an optional heart rate monitor within fingers’ reach.

“With its ability to connect to the rider’s heart rate via wearable sensors, Kiox also marks our first step in North America connecting e-bikes to the e-biker’s digital world,” Claudia Wasko, vice president and general manager of Bosch eBike Systems Americas explained in a press release.

Basic smart features built into the Kiox mean e-bikers can monitor when they’re going above or below an average speed, which could be a motivator. While training with the Bluetooth-connected heart rate monitor, users can also monitor shifts in pulse to stay in the optimal training zone.

Bosch has stated that more connectivity functions will follow the Kiox fitness tracker’s initial launch. But it’s all meant to make monitoring e-bike training — yes, you can do that — easier than ever.

An important highlight is Kiox’s adaptable display lighting. It adjusts so it’s readable in direct sunlight on a midday ride or an after-dark commute. Other key components include: 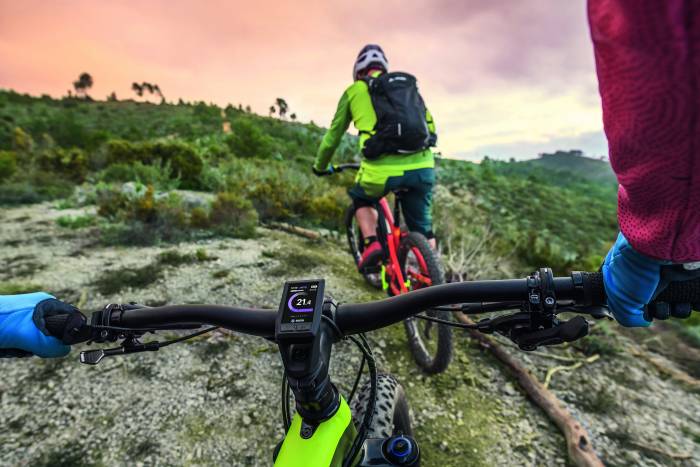 If you’re an ambitious e-biker and want to get your hands on the Kiox before it goes to market, check out this upcoming demo schedule.

While you can try the technology at these demos, the Bosch Kiox is so new that e-bike manufacturers won’t start implementing the mount until early 2019. Stay tuned.

Up Next: Crazy Enough? Nike Goes for Broke in Stirring Ad