A new crop of “eco-gyms” is sprouting up across the country. And this time, the futuristic idea might actually generate momentum.

The principle of eco-gyms seems simple: Machines convert human sweat equity to electricity, which is then used to power the buildings. The idea of saving the planet while sculpting a nice physique has proven to be a major customer draw, said Jose Avina, who opened Sacramento Eco Fitness at the end of 2016.

“We’re a gym with a cause,” he said. “We want to do something for the global community, and people are really supporting this idea.” There has been so much enthusiasm, in fact, that Avina is already exploring franchise possibilities.

Seems like a great idea. But does it actually work? 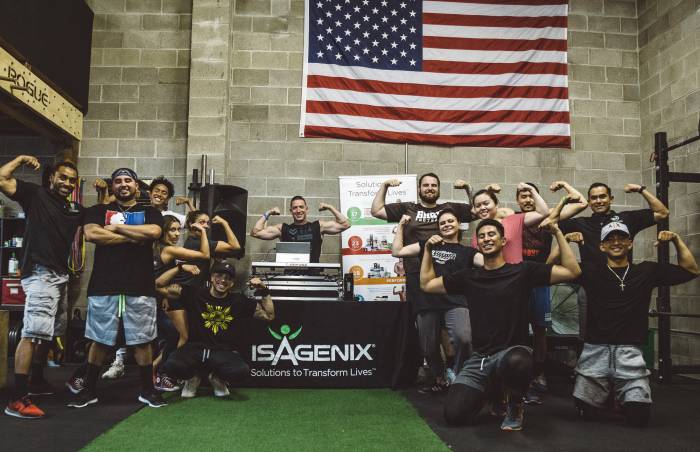 The notion of pedaling away calories to power a TV started about 25 years ago. It was around that time that environmental author Edward Abbey famously wrote, “All joggers should be chained to treadmills and compelled, under whiplash, to generate electricity.”

Whether Abbey inspired the eco-gym movement is unknown. What is known, however, is that the first eco-gym iterations didn’t keep customers in chains. Actually, they didn’t keep their members at all. The idea was soon abandoned.

Life went on. Humans discovered planets outside of our solar system. Starbucks added 14,000 more stores, and McDonald’s sold another 132 billion hamburgers. Then, around 2007, the idea resurfaced. A handful of fitness centers around the world tried it again. Again, most failed.

Converting human workouts to electricity sounds like a genius idea, but it isn’t easy. A decade ago, Ed Gilchrist, an electrical engineer and owner of the consulting firm Gyre 9, spearheaded the design of energy-producing bikes for manufacturer Green Revolution.

The company did well before it went belly up. Gilchrist still likes the idea and gets plenty of inquiries about it. Without an ongoing stake in the technology, he can also speak freely about the realities.

“The tough thing with the energy recovery business is that humans don’t produce that much energy,” he said. He went on to explain some complex equations about the number of watts a person dissipates just by existing versus exercising. It’s complicated, and the net offset result isn’t very impressive. 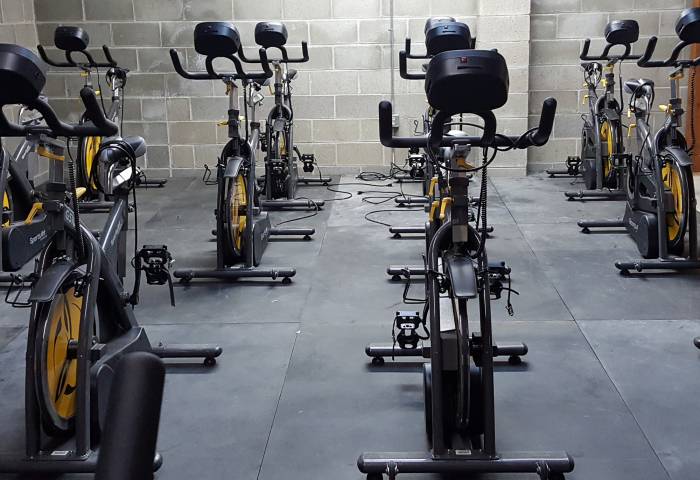 As an example, according to some figures, Avina’s gym patrons might collectively generate around 2,500 kilowatts per year. That’s about enough to offset the carbon dioxide from three cars. Add to that the high cost of the machines, and nothing about human-powered electric grids makes much financial sense.

But the cool part is that, in order to be environmentally effective, it doesn’t even need to.

Sweat Equity Only a Fraction of Offset

Watt potential aside, the small carbon footprints of eco-gyms are real. Most tout an energy consumption rate that’s a mere fraction of that of conventional gyms — some much as 80 percent less. The “eco” part is not so much a direct result of customers’ sweat, but rather patrons’ support of an environmental ideal.

“The cycles themselves are only producing a fraction of the energy we need,” Avina said. “The majority comes from solar panels.”

Avina and other proprietors typically focus on conserving energy through green buildings, LED lighting, and exercise machines that don’t use power when idle. In broad terms, they’re turning an industry with a poor environmental standard (think TV banks, air conditioning, and lights) into a sustainable one.

And though the biggest environmental triumph of eco-gyms is not people power, it very well could be someday soon. Some of the most revolutionary technologies, like battery systems that can effectively store energy for later use, revolutionized the industry just last year.

“All the little pieces are starting to come together,” Avina said. “Much more technology needs to be developed to harness the human power, but it is possible. I think in a few more years we will finally get there.”

Saving…
How He Did It: Jeff Browning Talks Wild Hardrock 100 Win
7 Life Lessons From Winning the Race Across America
×