The Leatherman Charge+ is my first true-to-form multitool. And for over a year, it’s been a constant in my daily life.

Before owning my first Leatherman, I didn’t understand the hype of the multitool. In my mind, multitools were cumbersome and largely unnecessary.

I’d managed for over 30 years without one, and I’d gotten through those years without a single moment in which I was pining for a multitool. I carried a full toolkit in my rig, I had pocket knives, and I had friends I could call in a tool emergency. 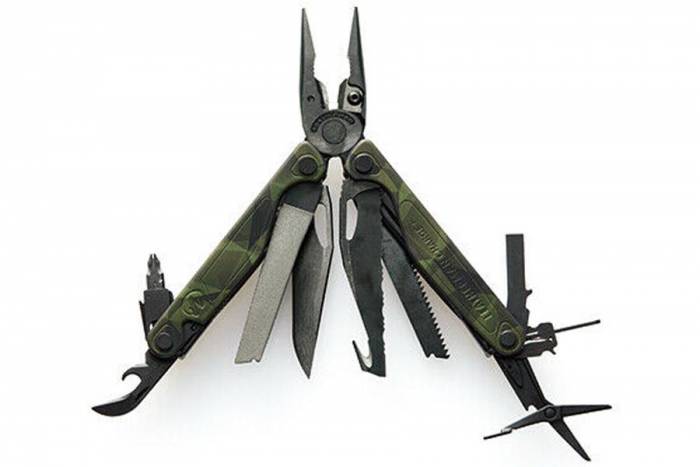 When I first got it, it wasn’t a piece of gear I kept top of mind. It would gather dust in an unknown corner for awhile. Then, I’d need pliers and reach for it instead of going to my toolkit.

Or I’d need a screwdriver, and my five Phillips-head screwdrivers would be nowhere in sight. And, slowly but surely, the Charge+ became my go-to.

For the past year, it’s been a near and dear constant companion. Here are the five tools that I find myself reaching for most. 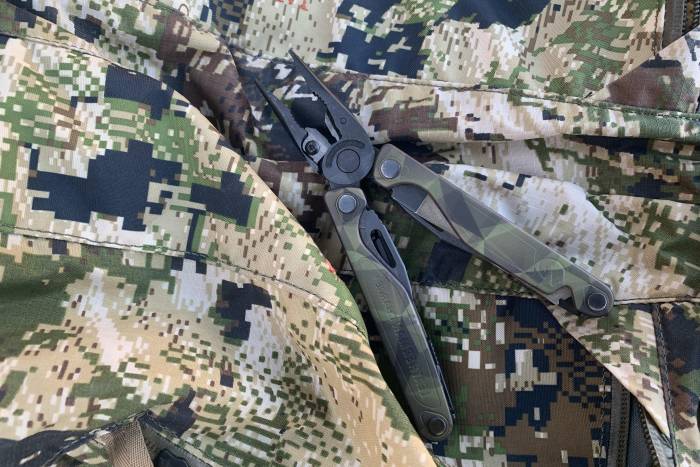 The pliers are the gateway drug to becoming a Leatherman convert. And within these pliers lie many secrets. The plier itself holds four tools: needlenose pliers, regular pliers, wire cutters, and hardwire cutters.

Certainly, wire cutters aren’t used daily. But I’ve had this tool in hand when a piece of barbed wire went rogue off my horse’s fencing, and I was able to mitigate a possible problem without pulling the ranch manager into it. They can also serve as fishing forceps when the pair in your pocket inevitably fall into the riverbank.

The needlenose end of the plier can also be used to remove splinters from your horse or livestock, and even yourself if things really go awry. They’ve even been used to restore unwieldy eyebrows. So girly, I know, but they’re that finely tuned.

The Bottle Opener: Crack Open a Cold One 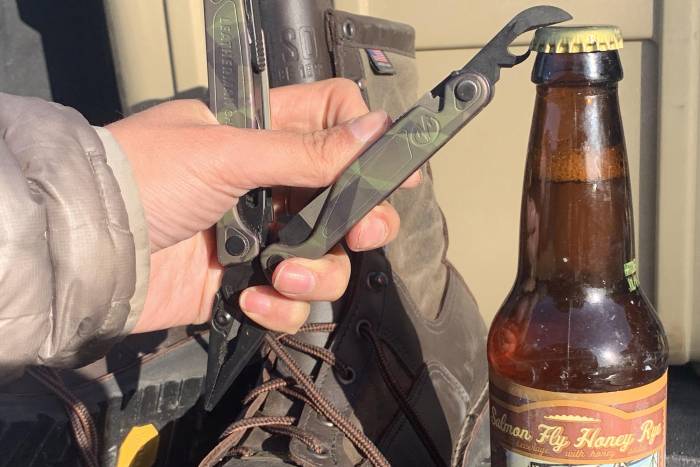 Also a can opener, I’d be lying if I didn’t say this was probably the tool I reach for the most. I recently bought a bunch of vintage-style root beers to throw a party for my adorable 4-year-old nephew — the kid loves root beer floats — and my Charge+ got me through all the bottle tops.

And yeah. OK. I also drink regular beer like a gosh-darned adult. And there’s nothing like having a cold one back at the rig after a long day out hunting or on the water. If you’ve ever faced a closed bottle without a bottle opener near, you know the pain. The means to that end is my Leatherman.

The Knife: Go-To for Small Jobs, Backup for Big Ones 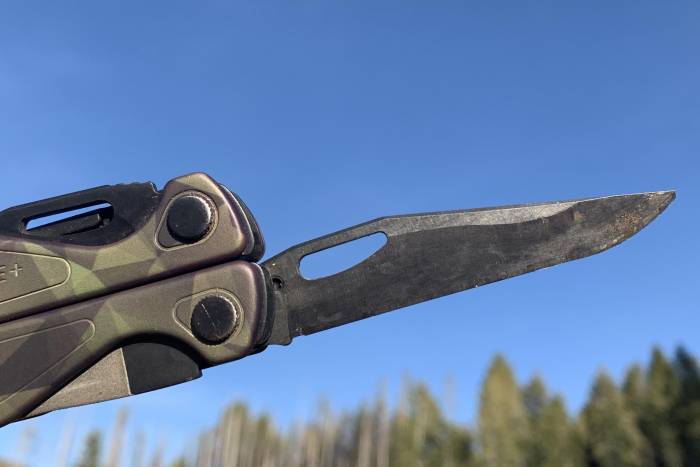 I went archery hunting last weekend, and in the craziness of packing, I somehow left my hunting knife behind. So, there I am, 3 hours from home, at a trailhead with bugling elk all around me, and a serious stream of cuss words began to take over my brain.

Then I remembered I had a 154CM knife in the center console of my truck. The wave of relief was instant. I popped the Charge+ into the top of my hunting pack, and I spent the rest of my day following bugles and stalking in on elk. I wasn’t able to get a shot off, but if I had, I was prepared.

That day didn’t suck, the trip wasn’t for naught, and I wasn’t knifeless.

The Saw: When You Need Kindling and Tinder 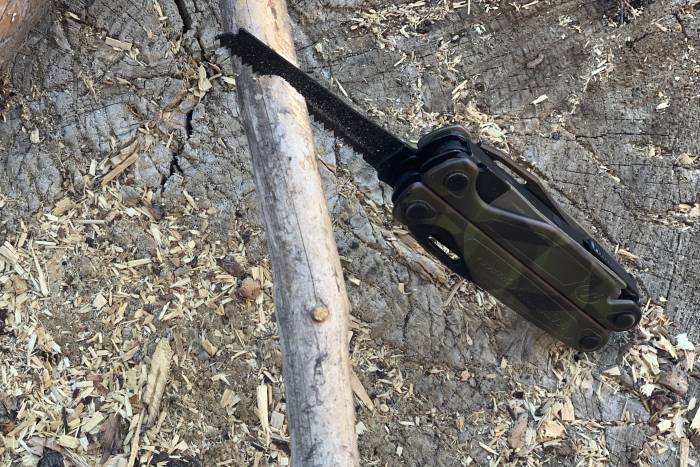 Then I remembered the saw. It seems this saw couldn’t get any big jobs done, but sometimes big problems call for small saws. We’d find some dry wood, break it down into smaller pieces, and boom! — a fire was born.

It will take effort, and it certainly isn’t the quickest saw in the world. But it can work when it’s what you’ve got. And it’s nice to have (literally) in your back pocket. 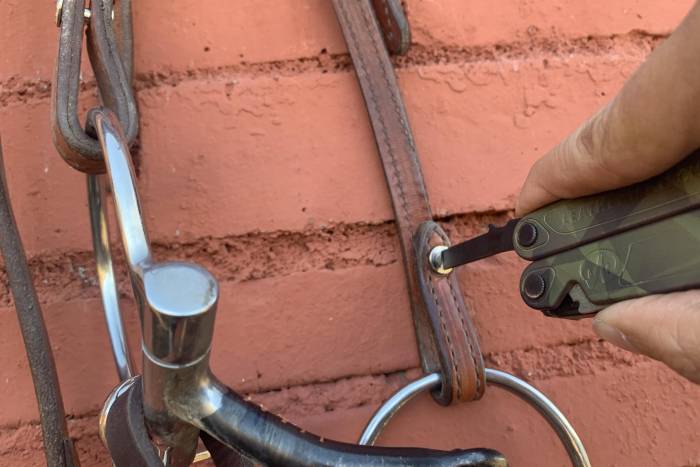 I believe there’s an old saying that goes “when you need a screwdriver, you’re usually screwed.” That’s usually the case for me. When I need a Phillips, I can only find a flathead — and vice versa.

The Leatherman Charge+ solves this problem. It contains three separate screwdrivers in one piece of equipment. And somehow, I’ve learned to keep my Leatherman where I’m certain it will be.

From the tiny Chicago screws on my horse’s bridle that need constant attention to putting together my bed frame, my Charge+ sees me through those little moments where I would’ve previously scrambled.

Of course, these five tools aren’t the end-all-be-all of use cases. The scissors can act as nippers when putting together a fishing rig. The file can aid in shaping nails, whether out of boredom or necessity.

It can even be used as a can opener for car camping. And I’m sure new surprises await in how utilitarian and versatile my Leatherman can be.

A multitool like this can quickly help you get out of a pinch. It’s a compact companion that’s easy to travel with and there when you need it.