The new-for-2019 Spyderco Native Chief is a hard-use folding knife with a big blade that nearly disappears into a hip pocket.

Heavy-use knives are usually, well, heavy. But somehow Spyderco made its update of the stalwart Native both burly and nimble. In the hand, it’s an ergonomic beauty. And in the pocket, the 3.9-ounce knife rides like a much smaller blade. Read on for more on this review of the Spyderco Native Chief. 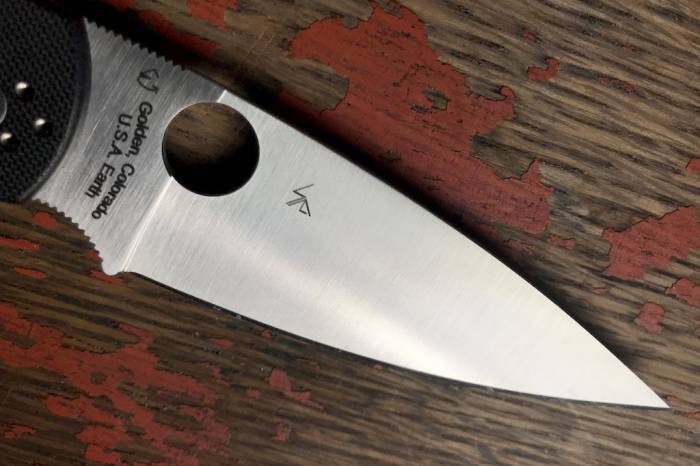 The business end of the Native Chief is a 4.08-inch-long, slender S30V blade with a 3.58-inch cutting edge. The shape of the blade, while admittedly “stabby” with a drop point and long, graceful belly, is eminently useful.

The gradually arcing cutting edge gives a vast surface for slicing things like onions or tomatoes, something I find rare in a hard-use knife. Yet even with a moderately thin 0.125-inch blade, this thing works like a quarter horse in the hand.

It has a four-position pocket clip for fully ambidextrous tip-up or tip-down carry. I have used it entirely in its tip-down right-hand configuration, and the clip is great. So far, it’s still attached with no play or loose screws.

Spyderco Native Chief in Use

Flip it open, and you’ll hear a reassuring “thunk” sound like sinking an axe into a splitting log. It locks up hard with no play in the blade at all. Given that the knife has no liner in the handle, it’s a marvel that the G10 feels so stout.

This Spyderco comes out of the brand’s Golden, Colorado, facility and arrives laser-sharp. For my first few cuts, I snipped a few tomatoes from my backyard garden, and it dropped through them like butter. It easily cut tomato slices thin enough to read through. 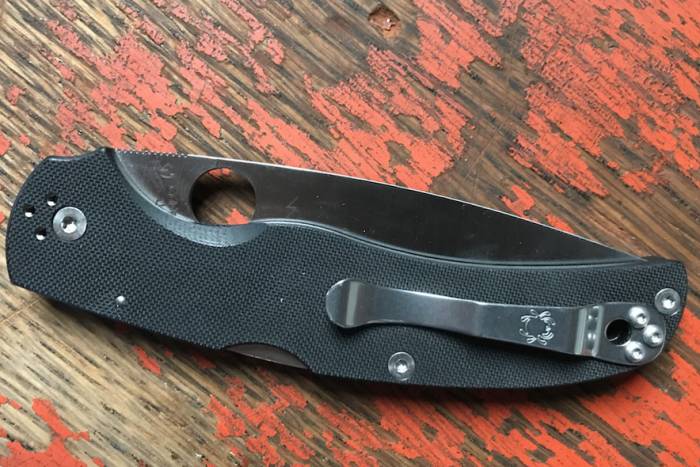 The black G-10 handle of the Native Chief sits really nicely in the hand. There are no hard corners, and the finger choil and blade jimping give a really solid connection for hard use. Cutting out some sprouting plants out of an old stump in my yard took some force, but the knife was right at home with the chore more fit for a machete or shears.

And after this modestly abusive task, it still had a razor-sharp edge. The S30V steel holds an edge very well and should stand up to modest abuse thanks to decent toughness. 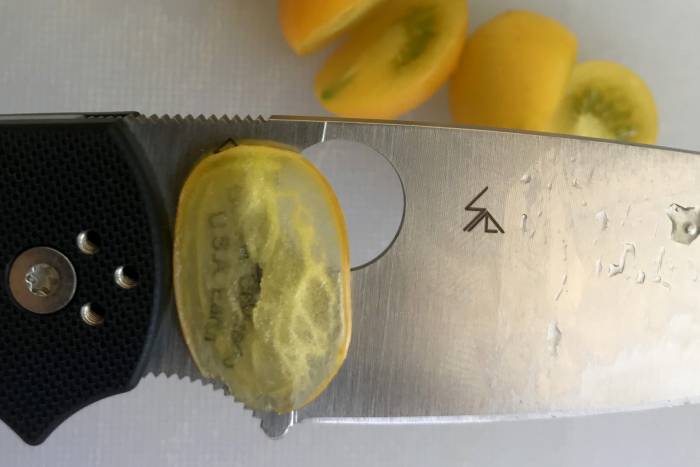 After a couple of weeks of use, I used it to slice a thick, half-frozen tuna steak into thinner halves for quick grilling. I was shocked that it pushed through the frozen fish very easily. It has held its razor edge really well so far.

A Bit Big for EDC

While the Native Chief rides fine in the pocket of even dress pants, I find it a bit much for EDC, especially in urban environments. At over 4 inches, the blade is big enough to spook unexpecting bystanders if you flip it out to open a box or cut some sausage. It’s also big enough to be illegal in a lot of cities.

The shape, with a very pointed tip, is also a little aggressive for an unsuspecting crowd. If you plan to use this around a lot of other people, it’s probably best to go with a little smaller knife.

Having used and carried the knife for a couple of weeks, I love its utility. But I do find myself being extra cautious with it. Obviously, you can hurt yourself or others with any sharp knife. But the pointy blade feels a little more dangerous than less aggressive drop-points.

Perfect for the Field

That doesn’t mean Spyderco doesn’t market this for EDC. The brand does. And if your work takes you into the field and away from throngs of humanity, this is a slick blade you’ll want on your side every day. 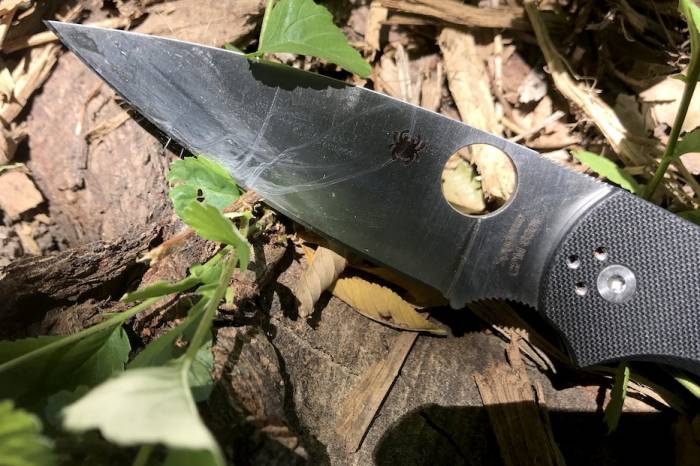 With a rock-solid lockup, no blade play, and eminently useful shape, the Native Chief should be high on the list for those who want a knife that works as hard as they do.

Up Next: How to Sharpen a Knife: Work Sharp Shares Tips