The Yuna EQ-1 is like no other knife in the world. It’s made by hand. Every. Single. Piece. 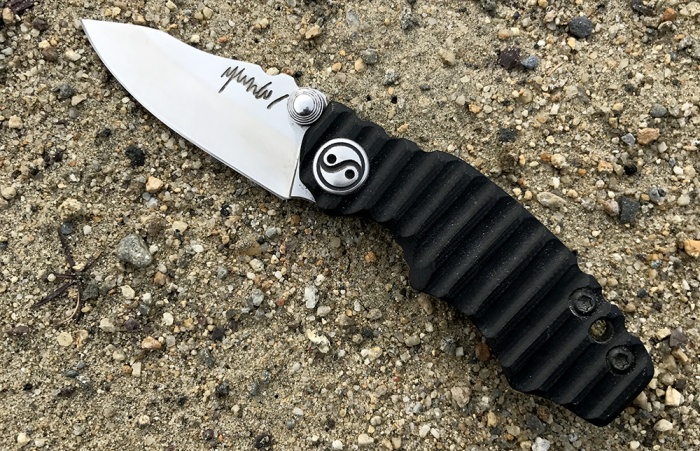 The Yuna EQ-1 is among the rarest knives in the world—it’s designed and built entirely by one person.

Great knife makers span the globe. They’re on every continent except Antarctica (and I am sure it is only a matter of time before some snowed-in scientist at McMurdo forges a blade). But one in particular stands out among the crowd, Trisak Jeeracheeveekul.

These handmade blades are quite rare on the open market and have outlandish shapes and sizes—like his trapezoidal Zombie Slayer. Needless to say, an EDC-friendly Yuna knife is exceedingly uncommon. But a few years ago I was lucky enough to pick one up, the EQ-1 in ZDP-189.

Thailand-based artisan Jeeracheeveekul’s Yuna knife is unlike anything else on Earth. It contains no off-the-shelf parts—not even the screws, which he makes in-house. 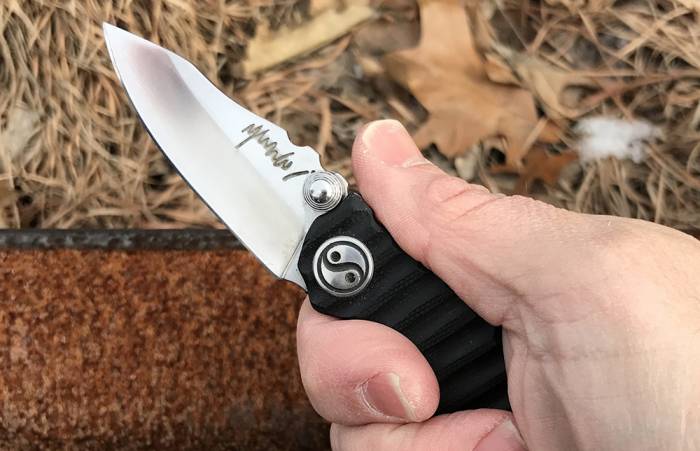 The EQ-1 is akin to an exotic car, meticulously made one by one. As you’d expect, the performance is incredible.

Its blade has a pronounced hollow grind — one of the most refined I have ever seen.

The hollowed-out blade reduces the medium thickness stock to a very refined edge. A basic, striated G10 grip is functional and not overly complex. But it works with the Yuna aesthetic and provides extra grip. The clip on the reverse side is springy and grippy without being impossible to remove.

Owning and using a Yuna is a delightful experience. The edge is so keen and refined that it cuts like a sharp band saw blade. Cuts you’d never think of trying with a normal knife—large curves in cardboard, for example—peel off the EQ-1 with ease.

This knife obviously benefits from an insane amount of hand-finishing, with the vast majority of attention falling (correctly so) on the blade.

Buying a Yuna is probably not realistic for most people. Jeeracheeveekul’s site only occasionally has blades for sale. And finding his knives at dealers is hard to say the least. A better bet is to check message boards, which is how I found mine.

My EQ-1 came for a reasonable price (given its origins and rarity) around $600. By comparison, it often retails for more than $800—that’s a lot for a knife. But it is exceedingly cheap considering the hours put into it. After all, handmaking screws is not a quick process.

If you find one you can afford and want to experience a knife of singular vision, try a Yuna. Unlike any other knife in the world, these are a definite BUY… for the right (thick) wallet.