The 2022 Honda Civic Si is quicker, tighter, and as fun as ever.

Honda debuted the first Civic way back in the early ’70s, and the popular compact car has been a strong performer for the Japanese brand ever since. In fact, in 2021 Honda USA sold more than 250,000 units of the Civic alone. Now in its 11th generation, the 2022 Honda Civic Si shows up with an updated silhouette and upgrades befitting its status as an affordable gem.

The first new car I ever had was a two-door 1996 Civic EX, and I loved that little coupe. There’s nothing like your very first whiff of new-car smell in a ride that actually belongs to you, and I was proud of it. If I close my eyes, I can still remember how it felt to settle into its cloth seats.

After taking the 2022 Honda Civic Si for a week-long spin, I learned about its strengths and weaknesses and took a spin down memory lane. Overall, the 2022 Civic is better than ever.

While the Si is a subset of the basic Civic, it offers a vastly different experience to drive than the base version — especially since it comes standard with a manual transmission designed for driving enthusiasts.

After a year-long hiatus for model year 2021, the Civic Si reemerged for ’22 with a retuned chassis and shorter shifting throws, which are a result of adding a more rigid mounting bracket. The Si is saving the manuals one fan at a time, and it’s doing a stellar job.

Honda nixed the adaptive dampers for the Si this time around, but it says it increased torsional rigidity by 8% and increased bending rigidity by 13% over the 2021 model. Unlike the regular Civic, which is available as a sedan or hatchback, the 2022 Si is offered only as a sedan. 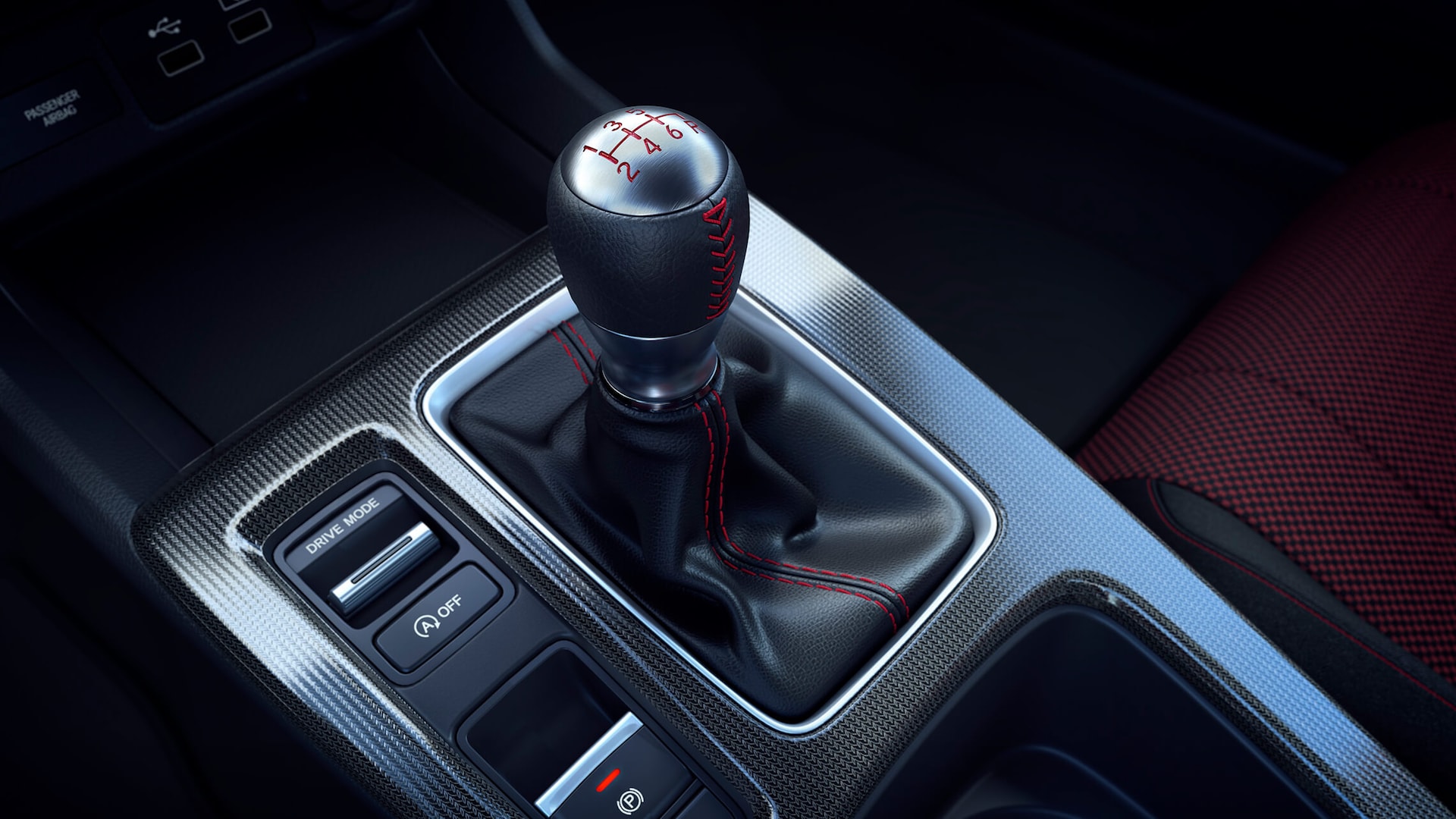 The last time I drove a Type R, it impressed me with its forgiving shifting and energetic hum, as if it were a wiggly puppy anxious to get outdoors and run. Even though the 2022 Honda Civic Si isn’t as powerful or as fast, it’s definitely more practical.

If the Type R is the “Fast and Furious” trim, the Si is more “Fast and Vivacious.” The Si is the toned-down version, and that’s not necessarily a bad thing. You can’t be in race mode all the time. I mean, that’s the responsible thing to say, anyway.

The six-speed manual drives the wheels, and the sport-tuned suspension and limited-slip differential contribute to the zippy feel on the road. On top of all of that, an HPT option is available for the Civic Si, which swaps out the all-seasons for a set of 235/40R18 95Y high-performance summer tires for $200 more. 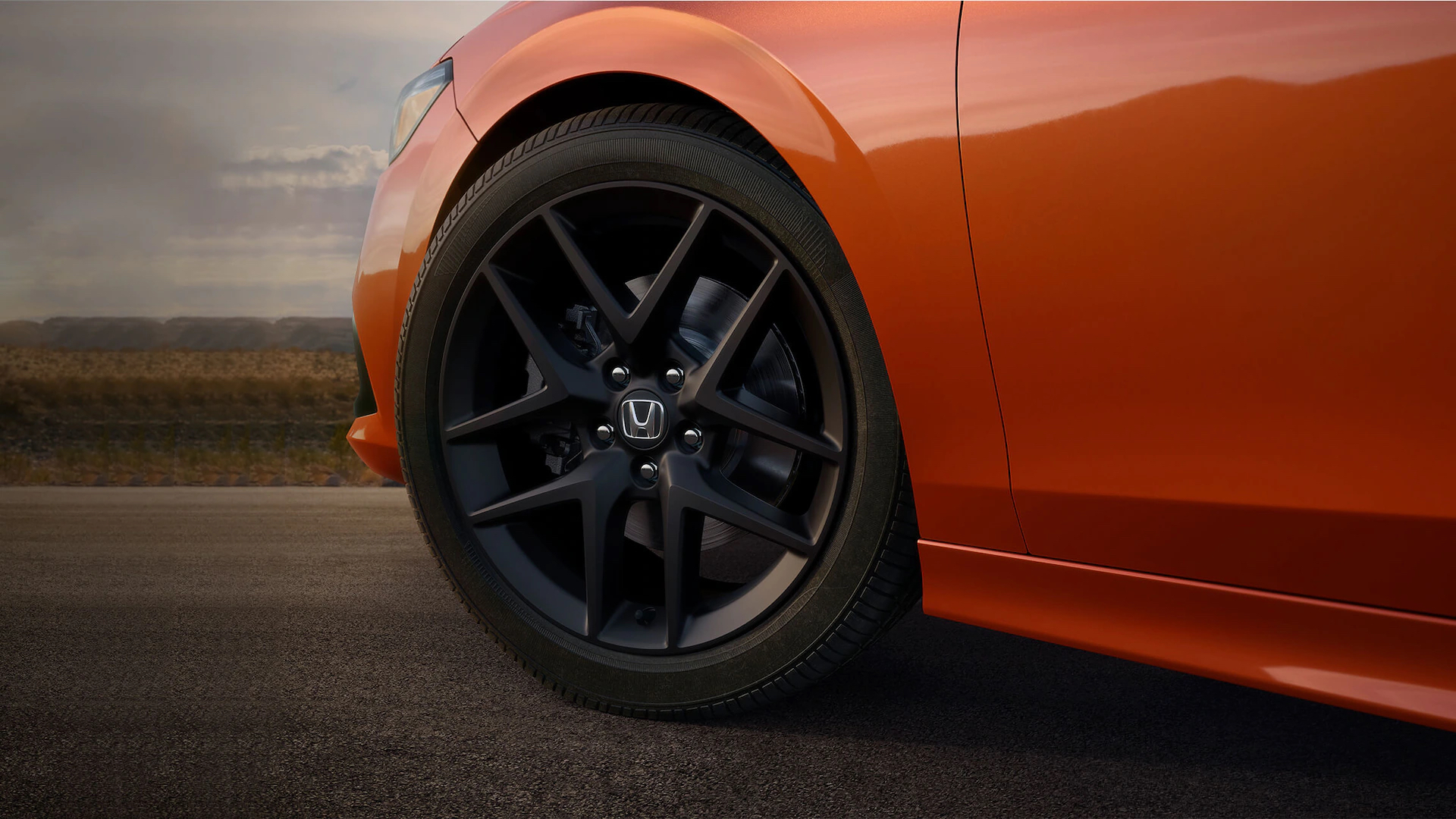 Retuning the engine means that the 2022 Honda Civic Si delivers torque sooner than its predecessor, registering 192 pound-feet of peak torque between 1,800 and 5,000 rpm. This shaves 300 rpm off the previous number. Honda also created a lighter single-mass flywheel for a keener performance feel; tweak the throttle, and you’ll feel it.

The Civic, in every trim, seats five and is as comfortable as can be expected in its segment. Bolstered sport seats in the front are a highlight of the Si variant, and they held me in place around the corners. At my size (5’5″, average weight) the bolsters were a perfect fit. That wasn’t exactly the case for my 6-foot-tall, built-like-a-linebacker husband. However, it wasn’t uncomfortable; it just wasn’t as optimal for him.

Note that the 2022 Honda Civic Si doesn’t include heated seats or a heated steering wheel, so those are amenities you’ll have to forgo if you choose this Civic. 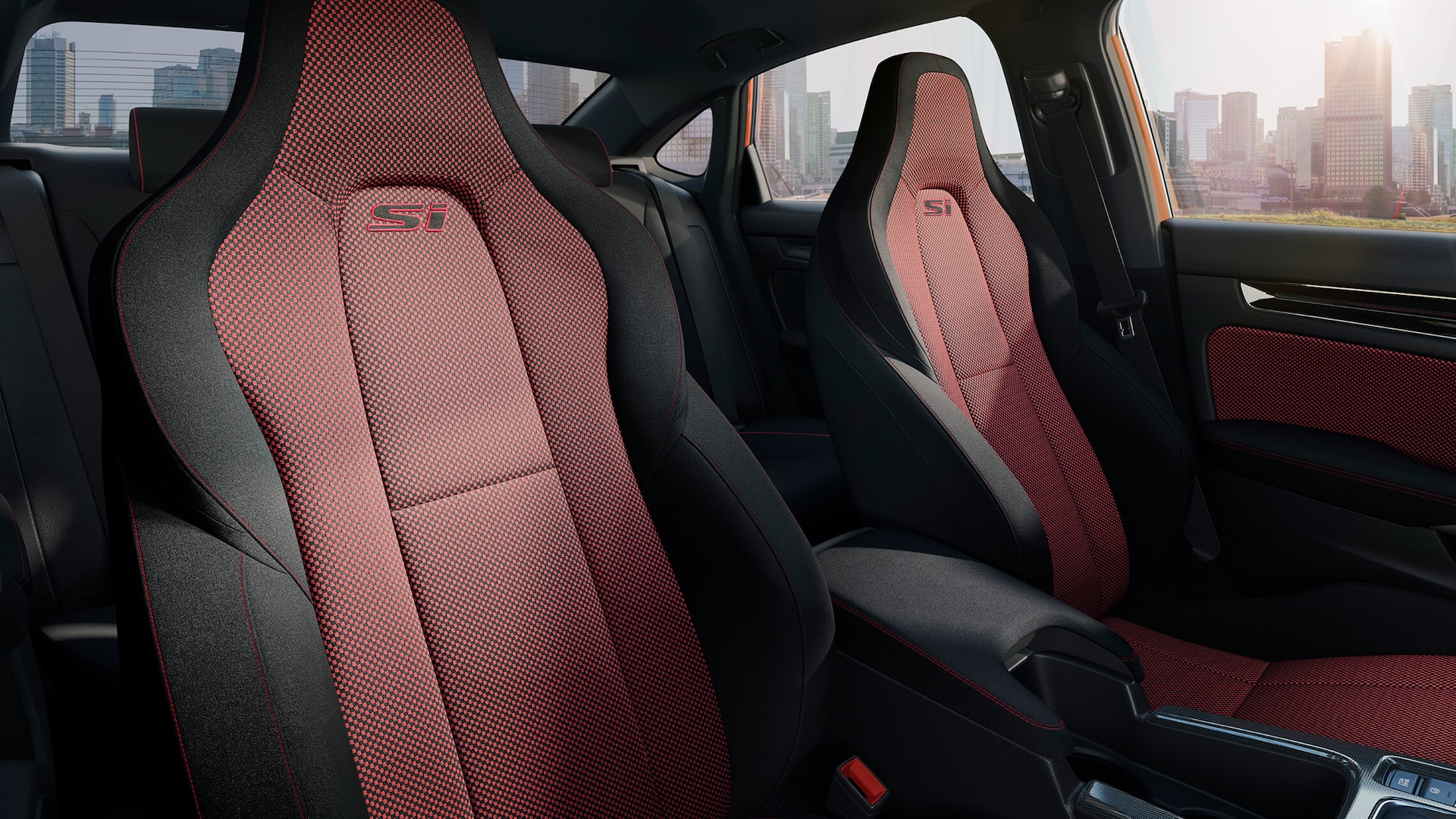 Standard features on the Si trim are a step up from the base, but not as much as a Civic Touring. Along with the more powerful engine, six-speed manual, and sport seats, the Si also comes with a 9-inch touchscreen, 7-inch driver information interface, power moonroof, wireless Apple CarPlay and Android Auto, and a premium Bose 12-speaker audio system.

Cruise control is easy to use with controls on the steering wheel, and the one-touch turn indicators are exactly where you’d expect them to be. I was a little surprised that the Civic Si is equipped only with USB-A ports and no USB-C options, but that’s not a deal-breaker.

As great as it feels to drive, the 2022 Honda Civic Si is a looker, too. The distinctive honeycomb design across the vents and red stitching in the seats give the car an updated look and feel, and the lines carved into the flanks give it some cheekbones. 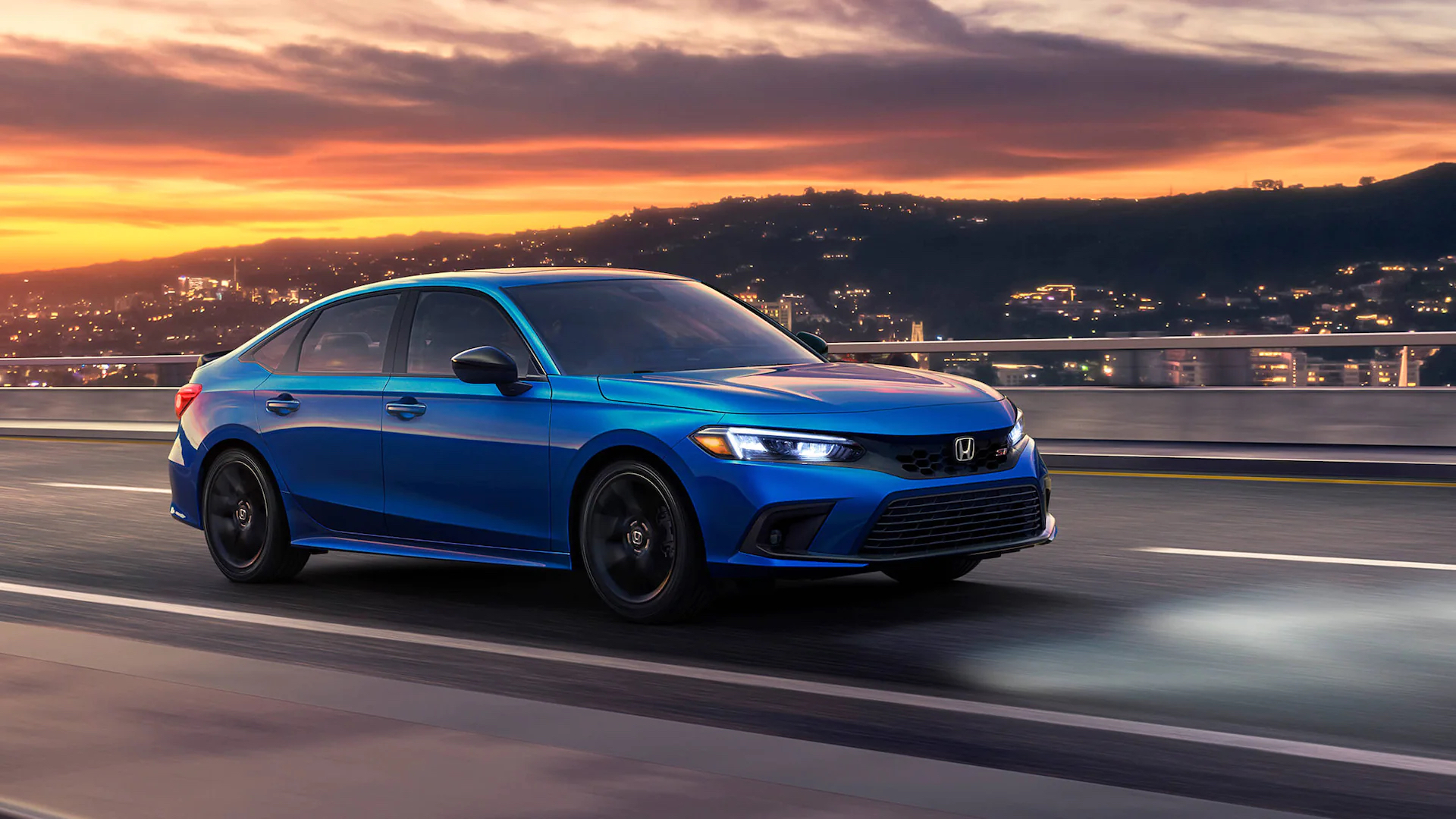 If you’re looking for a compact car right around $30,000 with reasonable trunk space, attractive parking-lot looks, and a zippy ride, the 2022 Honda Civic Si checks all of the boxes. This car would be ideal for a small family, young professional, or college kid as a hand-me-down. If you’re a parent and your kids aren’t old enough to have their driver’s licenses yet, hold onto it. This one is bound to be a classic.