Minivans can be super adventure vehicles and great platforms for life on the road. Yes, you read that right — minivans.

While overlooked by many, a minivan’s inherent practicality, versatility, affordability, and comfort rank among the top for any vehicle. If you’re willing to let go of your preconceived stereotypes and explore options for a smaller adventure van, you might find some uncommonly good options out there.

So, which are the best? Here are our top five picks for the best minivans that can be great adventure vehicles and are perfect for life on the road.

Toyota Sienna — Much More Than Your Typical Family-Hauler

The Toyota Sienna is probably not what you think of when you hear “life on the road.” However, these vans have a reputation for longevity, reliability, and dependability.

Whether it’s an early model from the late 1990s or the top-of-the-line AWD hybrid variants sold new today, the Sienna is gaining traction among van lifers and adventure travelers.

In fact, Toyota has taken note of this and now offers the Woodland variant for 2022. The Sienna Woodland turns this minivan into more of an SUV thanks to increased ground clearance and electronic on-demand AWD. Granted, it’s only an additional 0.6 inches of lift, but more is more.

You also get roof rails with crossbars, a 1,200W JBL stereo, and an AC power outlet for most household items. Toyota will also donate $250 to the National Environmental Education Fund (NEEF) for every Woodland edition it sells.

The Sienna also comes in a Hybrid trim with AWD and offers 35 combined mph. The van’s rear seats fold into the floor for extra space and versatility. Plus, the interior is lavish and ultra-comfortable.

4WD vs. AWD: How to Choose the Right Adventure Vehicle for You

So, you’re ready to buy an adventure vehicle? Awesome! Let’s look at 4WD vs. AWD and how to choose the right one for your new adventure rig. Read more…

Say you’re not looking to spend $50,000 on a new AWD Sienna. There are loads of older versions available at much lower prices. This entry cost can allow you to focus more on building the van’s interior to suit your needs.

A Sienna isn’t as capable as an SUV, but that doesn’t mean you’re relegated to the tarmac. Aftermarket manufacturers sell small lift kits for these vans, allowing them to fit bigger all-terrain tires, so you don’t just have to stick to the highways. This extra height will also enable access to more trailheads, kayaking spots, or remote campsites previously out of reach.

With its longstanding reputation for reliability, its spacious, versatile interior, and with plenty of creature comforts, the Sienna is a fantastic choice for a road tripper.

Now on its second generation in North America, the Ford Transit Connect is a minivan that can double as a super travel setup. If any of the vans on this list are “sporty,” the Transit Connect would be the driving enthusiast’s choice.

They handle better than anticipated, and while they’re not exactly a sports car, they can be fun to drive. And, since you can buy these vehicles pretty much any way you want from the factory — including with or without rear seats or windows — they offer up a blank canvas for the vagabond van life.

These vehicles first appeared in the U.S. as a 2009 model (earlier versions sold in Europe first). And they’re easy to find used and relatively inexpensive. However, Ford only offers them in front-wheel-drive, so they’re best for on-road or mild forest-road travel only.

But if you’re sticking to highways and byways, it can be a great travel platform. The 2014-2023 second-gen Transit Connect comes in two lengths. Seek out the long-wheelbase version for a more comfortable minivan life on the road.

There are several companies building these into campers, including Ursa Minor, a Portland, Oregon-based outfitter that makes a pop-top version for long-wheelbase versions of the 2014+ Transit Connects.

Transit Connects are all powered by fuel-efficient four-cylinder engines, with older versions getting a 2.5L non-turbo powerplant. The newer ones have a 2.5L or 2.0L mill for more power.

A 1.6-liter EcoBoost turbo was available for a brief period but only produced in low numbers. Certainly not rocketships by anyone’s definition, but trips to the gas pump are seriously less painful than in most vans.

The combination of utility, driving dynamics, and availability make these minivans a good platform for life on the road. Plus, the extensive network of Ford dealers means parts and service are easy-peasy.

Recently, Ford announced that it would stop importing the Transit Connect in the U.S. at the end of 2023 but will continue shipping to Europe and other countries.

The Mitsubishi Delica launched in the 1960s. The name is a portmanteau of “delivery” and “car.” However, it didn’t become an iconic van until the 1986 Delica Star Wagon came along.

That van, which never sold in North America, paired a unibody car chassis with a rugged 4WD system — complete with a low-range four-wheel-drive system that enabled it to go anywhere.

In 1994, the Delica Space Gear came out. It got a more rounded-off minivan shape but didn’t lose its versatility, capability, or ability to become a great camper or travel vehicle. These vans also offered a few different gasoline or turbodiesel engines.

The Star Wagons were pokey but can still cruise at 65 mph — it just takes a while to get there. Space Gear 1994 and later models offered up more powerful 3.0L V6 engines or 2.8L turbodiesels that are much more comfortable cruisers.

While the Mitsubishi Delica was never officially sold in North America, they can be imported into the U.S. — as long as they’re 25 years old or more — and easily registered in most states — Maine and Rhode Island are currently the exceptions.

The combination of versatile interior dimensions, available overbuilt driveline components, and being sold globally make the Delica a marvelous choice for life on the road. Perhaps the best van life configuration would be a 1994+ Delica Space Gear with the 2.8L turbodiesel, a high-roof setup, with a long wheelbase.

Nevertheless, foreign-market vehicles aren’t without some challenges. Parts availability is scarcer than your run-of-the-mill minivans. However, Canada has a number of great shops that often have parts on hand. Canada has a 15-year import rule, so these vans have been there longer than the U.S.

Some parts, such as brake pads and rear brake rotors, are the same as Mitsubishi’s Montero SUV, which was sold in the United States. For many, however, the Delica’s pros outweigh the cons, and these quirky minivans remain a darling of the overland travel set globally.

In fact, I own the 1994 Delica Space Gear pictured here and used to own the white 1989 Delica Star Wagon, also pictured here.

This almost goes without saying, but the VW Vanagon is a classic. Available in 2WD and 4WD versions (called Syncros), the Vanagon is one iconic minivan. These vans have their roots tied to the original Microbus, which is the granddaddy of minivans. People were using these for van life well before van life was a thing.

Vanagons have been the darling of travelers worldwide for decades. Customized 4WD Syncro versions command a premium — sometimes well into the $70,000 range — due to their go-everywhere capability and high-end camperized interiors. When equipped with a pop-top camper, such as a Westfalia, they command even more money.

Scads of these have been turned into adventuremobiles over the years, with the best-known customs being done by Westfalia. Even 2WD versions can be expensive, but it’s a proven platform with lots of aftermarket support.

The Vanagons aren’t known to be quite as reliable as some of the Japanese vans, but they have their own rugged personality and capability. Of all the vans on this list, this is the model with the most experience with campers living out of them. 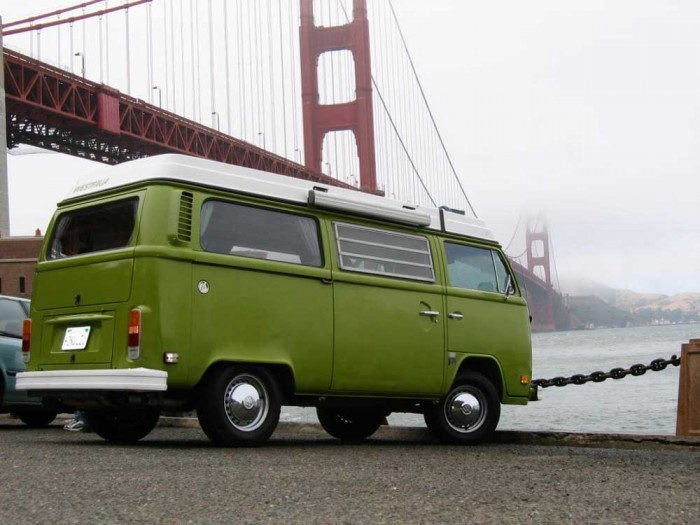 Depending on where you live, these vans have over 20 model years to choose from, with myriad engine choices. None are going to be particularly rapid, but there’s an ultra-loyal community of Vanagon owners globally — many of which are more than willing to lend a hand if needed.

For those looking for more thrust, some owners even swap out the old VW engines for more modern and powerful Subaru powerplants to wake these German vans up from a performance perspective.

The Vanagon is a timeless classic; a minivan before minivans were, well, minivans. If one vehicle on this list personified minivan life on the road, the Vanagon would be it.

I recently spent a week with a new Chrysler Pacifica Hybrid, and I have to say, I was totally surprised and impressed by this vehicle. I grew up with a mid-’80s Dodge Voyager and rode in a 1990s Chrysler Town & Country from Minnesota to Mexico City in 1994. This is not the Chrysler van of yore with fake woodgrain and cheesy hubcaps. Pacificas are roadtrip machines!

The latest 2017-to-present Pacifica offers extraordinary levels of comfort and livability. Like the Sienna, the rear seat tumbles into the floor. Remove the middle row captain’s chairs to open up the Pacifica’s interior into a gargantuan place. Now there’s room to camp, hang out, or do whatever mini van lifers do.

I was able to remove those seats, lay out a double-wide sleeping bag, and still had scads of room for gear. I could even watch TV or play games on the monitors located in the front seats’ headrests! Plus, my Hybrid model had a panoramic glass roof, which would be amazing for stargazing.

Let’s not forget that the front seats were heated, air-cooled, and ultra-comfortable. Factor in a world-class infotainment system, and you’ve got one heck of a vehicle that just happens to be a minivan.

The more time I spent in the van, the more I thought about how it could be a great full-time travel vehicle with the right buildout inside. Even if you went barebones with an interior build, this thing was so good on the highway — and comfortable, too! The miles just passed by without fatigue or anything.

Fuel economy isn’t hybrid-like, but it does offer up that AWD capability. And yes, you can find small lifts for more ground clearance and larger tires.

Chrysler was the originator of the modern minivan as we know it. And after driving the new Pacifica, I’d say they’ve still got it.

The minivan is full of juxtaposition. It’s possibly the most versatile and practical vehicle on the market. Yet it’s also the most stigmatized and unloved by Americans these days. Read more…

Up Next: Fall Driving Tips: Even AWD Couldn’t Save Me