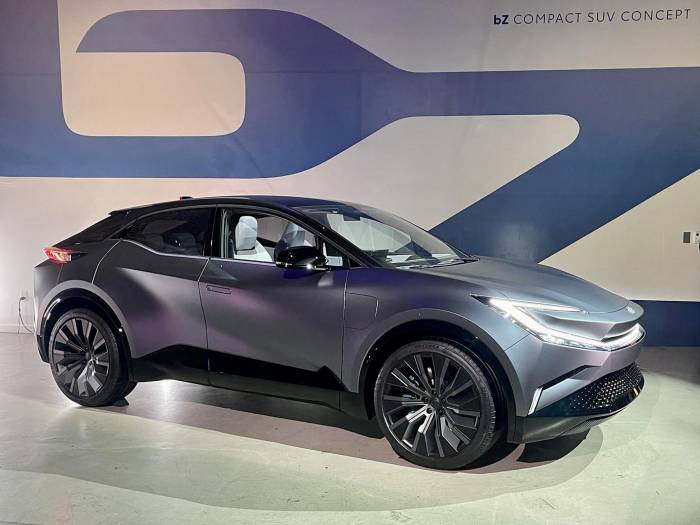 While we got the expected all-new version of its iconic Prius hybrid at the 2022 Los Angeles Auto Show, Toyota pulled off a surprise with the introduction of the all-electric bZ compact SUV concept as well.

Toyota plans to roll out about 30 battery-electric vehicles this decade, starting with the bZ4X crossover that went on sale earlier this year.

The Japanese automaker has been coy when it comes to tipping its hand about what will come next. But the bZ Compact SUV just might be offering some hints. Officially, the little SUV is just a show car, with no official plans to put it into production. But it is “a clear sign of where we’re heading,” said Ian Cortabiano, the vice president of advanced design for CALTY, Toyota’s California-based styling studio, during a Wednesday night event at the LA Auto Show.

Toyota bZ Concept: Under the Skin

Like the bZ4X, the bZ Compact SUV concept rides on Toyota’s e-TNGA platform. That’s a skateboard-like architecture that mounts its motors and battery pack below the load floor. The layout offers a number of advantages, among other things freeing up some of the space normally devoted to an engine compartment for passengers and cargo.

It also lowers the vehicle’s center of gravity, which would make the concept car “fun to drive (with) exhilarating performance.” At least, that’s what Toyota envisions. For now, there’s no plan for production and no specific powertrain in mind for the bZ Compact SUV. But…

If it did get the go, several Toyota insiders told GearJunkie, you could expect it to be much more sporty than the relatively dowdy bZ4X which in top twin motor AWD trim musters up a mere 214 horsepower and takes 6.9 seconds to hit 60.

The Wednesday night preview saw Toyota roll out the fifth-generation Prius, as well as the all-electric show car. The new hybrid adopts a cleaner, sportier, and decidedly less awkward appearance than the outgoing model. Likewise, the bZ Compact SUV concept.

It’s fully six inches shorter than the bZ4X, at 178.6 inches, and it has a four-inch shorter wheelbase. But while the show car’s roofline stands nearly four inches lower, it’s 1.1 inches wider than Toyota’s first long-range battery-electric vehicle. And the pixelated front splitter and rear spoiler add to the sporty appearance.

The Yoke’s on You

The sporty exterior design is carried over into the cabin — and accentuated by the use of a yoke, rather than a conventional steering wheel. But Toyota insiders cautioned that this feature would be highly unlikely to carry over into production — if the show car eventually gets the go.

The overall look is clean and uncluttered and, noted Cortabiano, there’s no leather. In keeping with current trends for zero-emissions vehicles, the Compact SUV uses “plant-based and recycled materials.”

The physical interface sits atop a shelf on the show car’s instrument panel and might remind observers of HAL, the nefarious computer from Stanley Kubrick’s iconic film, “2001.”

Toyota insists Yui is far more benign. It is capable of not just responding to commands but also listening and learning as it interacts with a motorist.

Toyota bZ: Will They Build It?

Will it get the go for production? That was a question many of those attending the Toyota preview kept asking. While the official answer was, “No, it’s just a concept,” several officials quietly confided to GearJunkie that there was strong interest in actually getting it into the lineup.

The new bZ4X has not set the emerging EV market ablaze — its launch was hampered not only by a dowdy look and lame performance but by the technical trouble that forced Toyota to recall early models and put production on hold for a few months.

An all-electric model that’s sportier, both in looks and driving dynamics, could put Toyota on the boards, one exec confided on background. Indeed, it appears there is a strong push from inside to get the powers that be in Japan to give the bZ Compact SUV the go — and likely with a sexier name, to boot. 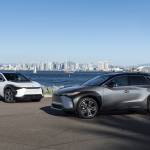 With the new 2023 bZ4X, Toyota is playing catch-up as the industry races to electrify. We drove the all-electric crossover SUV to see how it stacks up. Read more…