The move to restore the monuments was finalized with President Biden’s signature on October 8th. It comes as part of the administration’s push to “better protect, conserve, and restore the lands and waters that sustain the health of communities and powers our economy,” said a White House statement released yesterday.

The total reduction amounted to about 2 million acres — the single largest reduction of federally protected land in history. 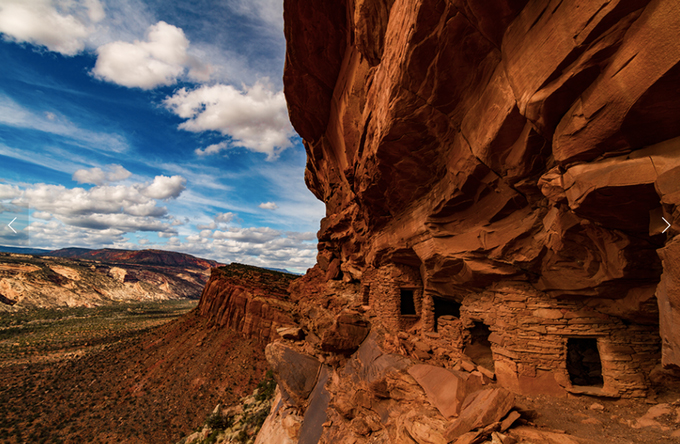 Within hours of taking office, Biden directed the Department of the Interior to look into the status of both Bears Ears and Grand Staircase-Escalante. After touring southern Utah and meeting with monument stakeholders in June, Interior Secretary Deb Haaland submitted a confidential report recommending that Biden restore the original boundaries of both monuments.

Sitting U.S presidents have the power to create national monuments via the Antiquities Act of 1906. President Bill Clinton designated Grand Staircase-Escalante in 1996, and Obama designated Bears Ears during the final month of his second term.

According to the National Park Service, “presidents have used the authority of the Antiquities Act over 250 times” to create new monuments and protect historic landmarks, sacred sites, and archeological heritage.

Since its designation nearly 5 years ago, Bears Ears in particular has been the focal point of wide-reaching debate regarding the alleged legal limitations of the Antiquities Act.

Some consider large monument designations to be a federal overstep that infringes upon state’s rights. But others defend monuments as an essential conservation tool that provides long-overdue protections to sensitive and irreplaceable lands.

Since Trump cut down the monument in two discontinuous chunks in 2017, the status of Bears Ears has remained in bureaucratic limbo. Tribal leaders, scientists, local businesses, conservation groups, and brands including Patagonia have been fighting Trump’s rollbacks in court.

Many of these lawsuits have centered the claim that the Antiquities Act doesn’t give presidents the power to reduce national monuments — a legal interpretation question that hasn’t been definitively settled yet.

According to the Salt Lake Tribune, road signs produced to mark the boundaries of the monument have been sitting in storage for years, a stark representation of Bears Ears’ long pending status.

Biden’s latest proclamation clears up the boundaries of the monument for now. But resistance from Utah’s all-GOP congressional delegation is expected.

In a joint statement, Utah’s senators and representatives wrote, “We will continue to support efforts to ensure that our monuments’ boundaries and management reflect the unique stakeholder interest and uses in the area, but today’s ‘winner take all’ mentality moved us further away from that goal.”

“These decisions clearly demonstrate the administration’s unwillingness to collaborate with and listen to those most impacted by their decisions,” the statement read.

“Our goal has been to make lasting progress on managing our public lands for the benefit of all those who use them, particularly those who live on and near those lands.”

Despite the suggestions of the governor and Utah’s congressional delegation, many nearby community and Utah-based stakeholders do actively support fully restored monuments.

The Bears Ears Inter-Tribal Coalition (BEITC) — an organization that was heavily involved in Obama’s original designation of Bears Ears — has been actively calling for both Utah monuments to be restored and expanded upon.

The BEITC comprises the Hopi, Navajo, Ute, Ute Mountain Ute, and Zuni tribes. These are sovereign Indigenous nations that historically and currently steward, value, and inhabit the region where the monuments exist.

Additionally, the Bluff Town Council and San Juan County Commission have passed resolutions calling for the expansion of Bears Ears.

Up Next: Lightest Gravel Bike Ever: Specialized Crux Weighs Less Than Your Gatorade