China is about to open a massive glass-bottom bridge at a wilderness park. It looks straight out of a fairytale. 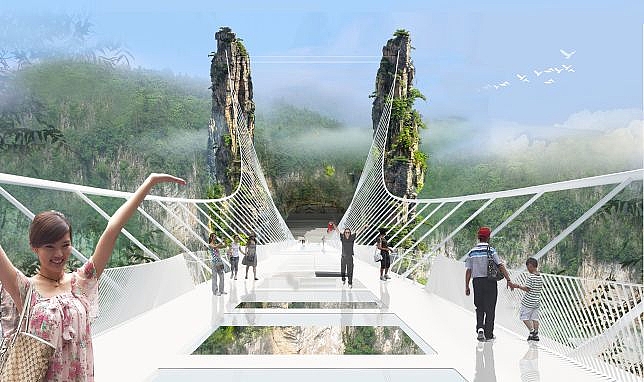 Zhangjiajie, a national park in the Hunan province, will open the longest and highest glass-bottom bridge in July. 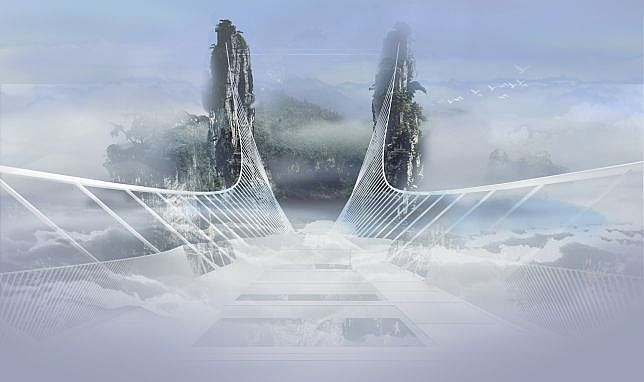 China appears to be a little more liberal with its construction inside parks than the US. Zhangjiajie already sports a cable car, the 1,070-foot Bailong Elevator.

The glass bridge will span 1,410 feet between cliffs in the Zhangjiajie Grand Canyon.

A 20-foot-wide bridge, it will allow pedestrians to walk over glass above a nearly 1,000-foot abyss. 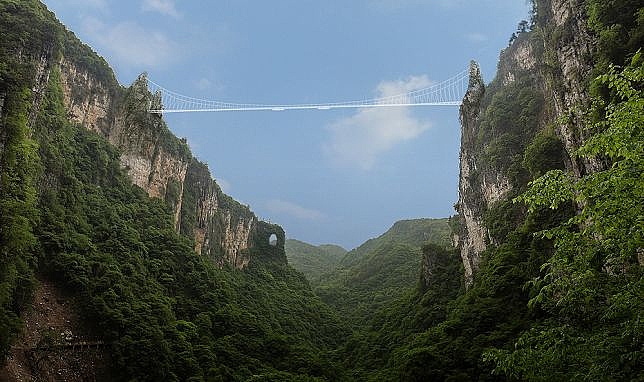 Israeli architect Haim Dotan, who designed the bridge, said it will serve as a runway for fashion shows and be able to hold up to 800 people at once. 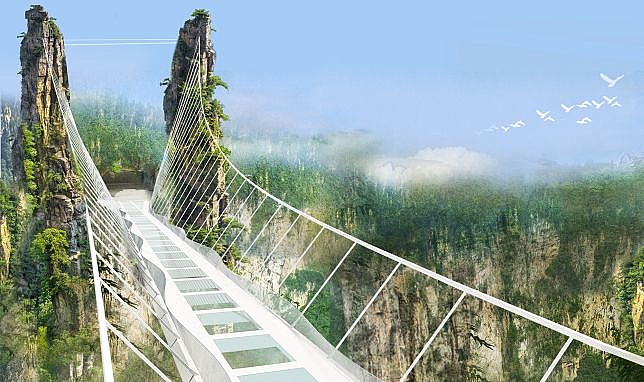 Zhangjiajie is a 22 square-mile park inside the Wulingyuan Scenic Area. It has been open to the public since 2009.

Good idea or bad? Imagine a project similar to this in the U.S. across the Grand Canyon or another iconic natural feature. What would the response be, and how would you react?