Ready or not, the snowy cold has arrived. Over the last week, snow blanketed parts of the western United States. And last night, storms dumped on Colorado.

As early snowstorms go, the latest round in the west is hefty. More than 12 inches fell in Breckenridge, Colo., last night. Check out the porch above, and town shot below!

Almost looks like you could ride down. Some serious preseason #snow falling in #Breck! https://t.co/nxLvLUKqnq pic.twitter.com/Xb7VlR6vIo

This round, Steamboat Springs is the big winner. As of Monday morning, the resort above the town of some 12,000 residents showed nearly 20 inches of fresh powder on its snow stake cam. 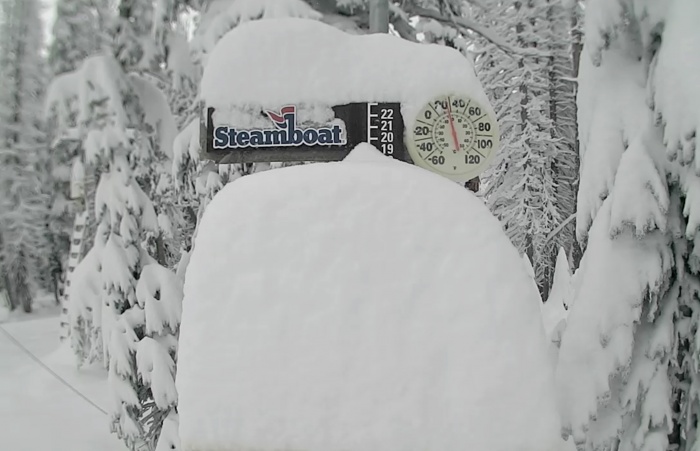 Arapahoe Basin, below, showed a heap of snow at 2:00 a.m. There’s no way to tell how much, but the resort says the “Flaming ‘A’ Logo” is 18 inches high. It’s solidly buried. 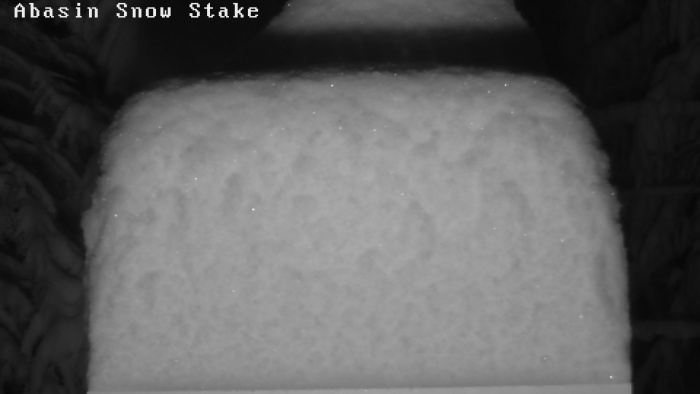 This latest snow in Colorado pushes winter further south after a storm hit the northern Rockies earlier. Skiers took some low-tide turns last week in Wyoming, as seen in this shot below.

Yes, I’m that guy who went skiing against all good advice in September. And glad I did…

Of course, the U.S. isn’t the only place getting hit. Check out what’s going on in British Columbia!

Winter Storm warning from @environmentca notes that >20cm possible for #MedHat, and plenty of models support that in a big way!
GEM: 57-75cm
RAP: 35cm
NAM: 21cm
A bit of this will come down as rain, but tell friends in #MedHat to prepare accordingly!#abstorm #snow pic.twitter.com/8dDpVRysO0

So get ready for ski trips and pow days, America. Like it or not, winter is on the way.