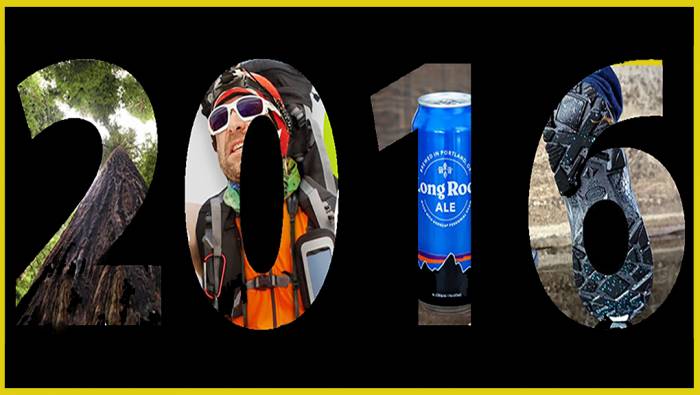 Yes, a lot of celebrities died in 2016, and we all suffered through painfully ugly politics. But we shouldn’t forget the myriad reasons why 2016 was an awesome year to be alive.

By the end of 2016, President Obama will have protected more land and water acreage through National Monument designations than any other U.S. president.

With the announcement of Bears Ears in Utah and Gold Butte in Nevada this month, Obama has designated more than two-dozen National Monuments. In total, that’s over 553 million acres of protected land and marine area. 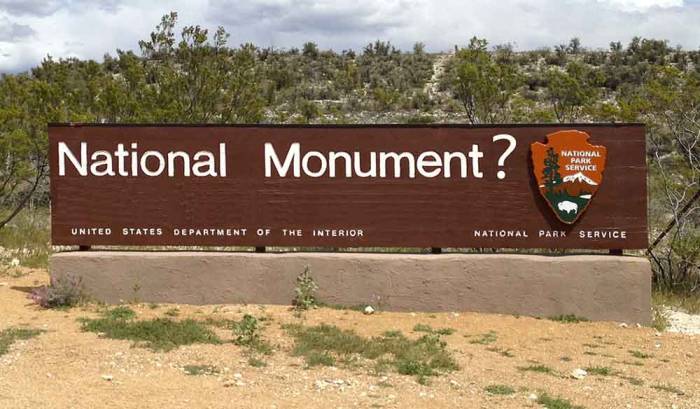 Beyond the U.S., an international alliance stepped up to create the largest protected marine habitat in the world. The Ross Sea Marine Protected Area prevents human activities from impacting nearly 600,000 square miles of Antarctic sea.

Will these designations be changed or undone by a new administration in the U.S.? Well, that’s for 2017 to decide.

The environment received big gratitude from retailer Patagonia after Thanksgiving. The brand donated all of its “Black Friday” sales to environmental organizations—to the tune of $10 million.

For that same day (Black Friday 2016) REI continued its #OptOutside initiative for the second year, making getting outdoors a viral event.

Perhaps most impressive, in July India literally grew the environment. In a massive and successful volunteer reforestation effort, the northern state of Uttar Pradesh planted nearly 50 million trees in a single day.

Eighty species of saplings were planted by more than 800,000 volunteers, our article cited. The effort aimed to improve air quality and fight climate change. It was also meant to shatter a Guinness World Record (it did).

This past year saw some cool outdoors entertainment. Everest Air premiered on the Travel Channel, a TV show chronicling the first Sherpa-run heli-rescue squad. The show helps fund the one-of-a-kind response team, which now benefits both residents and climbers in the Mount Everest region.

In October, we spoke with an actor who proved he was a gear junkie in every sense of the word. Our interview with Jon Glaser from Jon Glaser Loves Gear was as hilarious as it was eye-opening.

The genre of brand-produced videos boomed in 2016, with films by YETI, Red Bull, and many others adding a new creative energy to the outdoors videography world.

We spoke with producers from the show “Adventure Capitalists,” dubbed the “‘Shark Tank’ for the outdoors.” The show highlights inventors and startups, and its hosts have the option to invest in companies they see as having potential to grab big sales or change the world of gear.

The rapper Macklemore was hired to help launch a jacket with Columbia Sportswear.

GearJunkie jumped into the entertainment mix further itself, including multiple films we produced in 2016. “Forge To Fine Art” followed a blacksmith making modern marvels, and our “Into The Crater” film gave a look at climbing, geology, and search-and-rescue missions on the flanks of Mount Saint Helens in Washington state.

Last but not least, GearJunkie’s film (co-produced with Wild Confluence) “Packing It Out: Cleaning America’s Wild Trails” was chosen as a finalist for the 2016 Banff Mountain Film Competition. It starts on its World Tour this month.

Are you a fan of food and drink? 2016 was a good year for eats and libations.

Beyond the realm of the outdoors, small breweries, distilleries, and restaurants flourished in 2016. It was a year in which nary a midsize town exists without its own micro-brewery. It’s a glorious time to be a beer lover.

In the outdoors world, foods continued to proliferate, giving adventurers more and better options for camp food and beyond.

Patagonia launched its Provisions line, aimed at shifting agriculture and consumption toward ethical and sustainable practices. One of the best offerings we tried was Patagonia’s Long Root Ale, made from “ancient grains.” 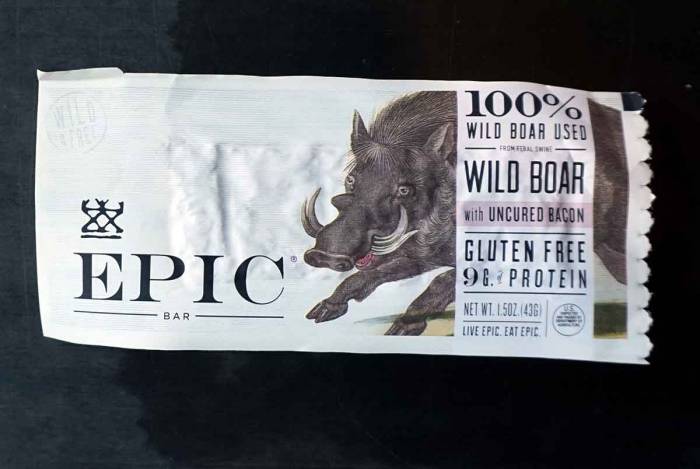 EPIC launched a “wild game” line of meat bars, pictured above. We had the “privilege” to try out its wild boar flavor. (Let’s just say “feral swine” was an ingredient that took some getting used to.)

Our “Camp Meal Cook-Off” this winter crowned a champion among a few tested rehydrated and cook-in-the-bag offerings. A young brand, Omeals, took top honors. We also learned that, in a pinch, dog food actually isn’t that bad compared to certain dehydrated options (see our video on the taste test here).

In sports, the world watched in grim anticipation as Brazil scrambled to put on the Rio Olympics this past summer. Despite fears of contaminated waters and hastily-constructed stadiums, the 2016 games were one for the record books, in a good way.

Usain Bolt cemented his legacy as the greatest sprinter, and perhaps Olympian, of all time. His “Triple-Triple,” winning gold in all three of his events in three consecutive Olympics, may never be replicated.

In outdoor adventure, the “Dawn Wall” route on El Capitan saw its second free ascent in as many years when 23-year-old Czech phenom Adam Ondra scaled it on his first-ever visit to Yosemite.

Karl Meltzer succeeded in his bid for the Appalachian Trail thru-hike record, traversing nearly 2,200 miles in 45 days, 22 hours, and 38 minutes.

The Pacific Crest Trail also got a new fastest known time (FKT) when Karel Sabbe, a 26-year-old Belgian dentist, pounded out over 2,600 miles in 52 days, 8 hours, and 25 minutes.

Our editor dubbed it “The perfect race.” 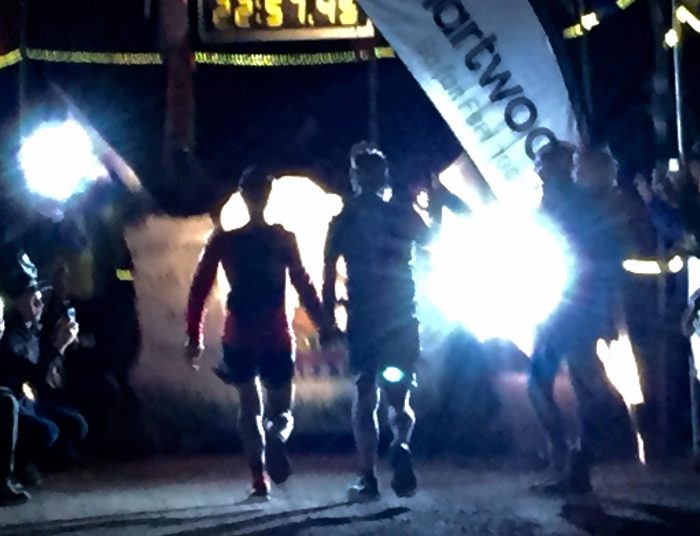 Gear junkies of all stripes certainly had reason to celebrate this year. At last winter’s Outdoor Retailer trade show we got a first look at Vibram’s “secret rubber compound.” Dubbed the Arctic Grip sole, this technology went on to literally gain traction with winter outdoor enthusiasts. 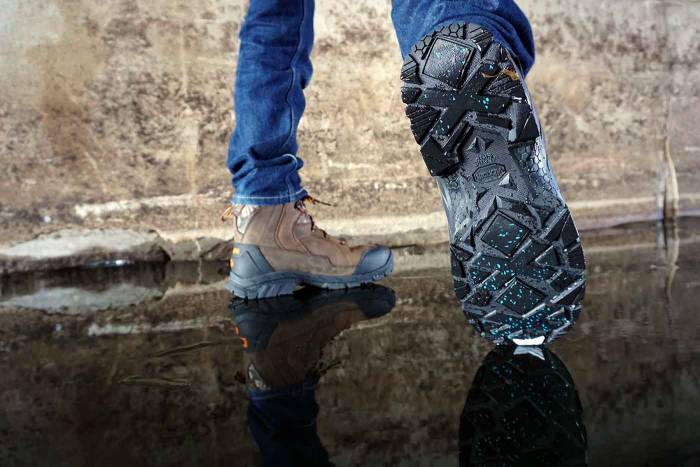 After previewing the technology in January, we got an exclusive look at the Saucony Razor Ice+ in November. This was the first running shoe application of the Arctic Grip sole.

Eco-conscious consumers celebrated Columbia’s Outdry Extreme ECO, and it turned heads around the industry. No dyes, no PFCs, and made from recycled plastic bottles, this we hope is a bellwether of conscientious outdoor apparel manufacturing to come.

And for those who just like to have fun, we reviewed the “extremely limited” Captain Cassian Rebel Parka from Columbia. It is an exact replica of the parka seen in the new film “Rogue One: A Star Wars Story.” But unlike other replica garments, this is a seriously functional winter coat.

We saw safety improvements for outdoor recreationists. To name a couple, the bi-directional Revo belay device from Wild Country prevents mis-loading rope in a belay device. The MSR Trailshot Microfilter makes filtering water easier and more portable than ever. Both took home our “Best In Show” award at the Outdoor Retailer trade show.

A trend was seen in the rise of rooftop tents. One of our editors spent a month testing a Tepui Kukenam Ruggedized tent mounted on his truck topper. From Denver to Alaska, he spent every night sleeping on top of his Ford.

Later in the year, a big brand, Yakima, announced its leap into the rooftop game, pulling the genre out of its niche and into the camping mainstream.

All in all, there was a lot to celebrate in 2016—especially if you love the outdoors. Hopefully, 2017 sees even more people playing outside and enjoying our wild spaces.