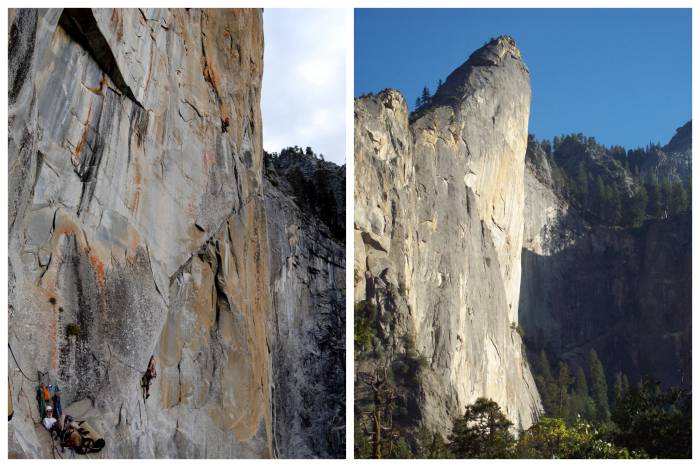 If I said Cannon was stoked after he sent the nine-pitch, 900-foot test piece on Leaning Tower, it’d be the biggest understatement of my career.

That’s not a euphemism, or it doesn’t have to be — the nine-pitch, 5.13d climb Todd Skinner first pioneered on Yosemite’s Leaning Tower does not often receive repeats.

But recently it did, “against all practical odds,” the route’s sixth known ascensionist, Jordan Cannon, said.

Cannon, 28, said on Instagram that he’d long coveted the classic line on North America’s steepest granite wall. But getting to the top of it forced a huge and prolonged effort.

Cannon reported he’d first “dreamed” of climbing “Wet Lycra Nightmare” in 2017. From there, a dedicated process took over. He first tried the route last spring but couldn’t break through for a send.

“After 4 weeks of hard work and two extremely close redpoint attempts last season (both of which ended in failure due to the hot sun and unbearable temperatures on the last few pitches of the route) — I vowed to come back in the Fall and do everything in my power to ensure my success,” he wrote on Instagram.

“However,” he continued, “various external factors such as work events, travel, COVID, weddings, and a limited time frame (not to mention the huge snow storm that hit the Valley just days before my [November] arrival…) greatly affected the consistency of my training and the belief that I no longer had what it takes.”

But Cannon did, and perseverance ultimately landed him a rare ascent of the line days before Thanksgiving. First, he post-holed through packed snow to Leaning Tower’s base — which, if you have not done it, is not an easy hike in primo conditions.

Then he aided the route over 2 days to rig lines so his photographers could shoot him. Then he rehearsed the entire 900-foot route on top rope solo.

Finally, he went for it.

“Nearly everything seemed to go wrong leading up to my trip in November, but I pushed on,” he explained. “Once on the wall, I redpointed the entire route over two days, sleeping by myself on Ahwahnee Ledge and leading every pitch first try except the crux 13d roof (pictured here), which took me two attempts at the end of day 1 before I sent it on my first attempt (as a warm-up?!?!) at the beginning of day 2.”

But it wasn’t over yet. Todd Skinner had exacting standards and a willful character, and he did not cheat “Wet Lycra Nightmare” on difficulty. Instead, he chose the line of highest resistance, and gave the route a ton of 5.13 climbing.

“I still had to fight for my life to send the last three 5.13 pitches to top,” he wrote, “which was an insanely fun and rewarding experience the entire way through!”

Cannon noted that “Wet Lycra Nightmare” is his first-ever multipitch send at the 5.13d level.

“[T]his route forced me to viciously attack my weaknesses and completely redefine myself as a climber in order to meet the challenge,” he assessed.

Like many high-standard Yosemite free climbs, “Wet Lycra Nightmare” is the free variation of an older aid route. “Wet Denim Daydream,” 5.6 A3, went up in 1977. Skinner and Jim Hewitt finally freed the line in 2004. 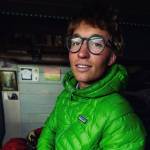 Youngest Climber to Free El Capitan in a Day: Who Is Sam Stroh?

Sam Stroh, 21, grabbed a Yosemite El Capitan record with a 'Freerider' ascent. He told us the story with not only high stoke but also surprising poise. Read more…