Home » News » Advocate for the Outdoors: KEEN Wants You in the Conversation

Erin Gaines, KEEN’s advocacy manager, is the newest leader in a growing trend of advocacy inside the outdoor industry. 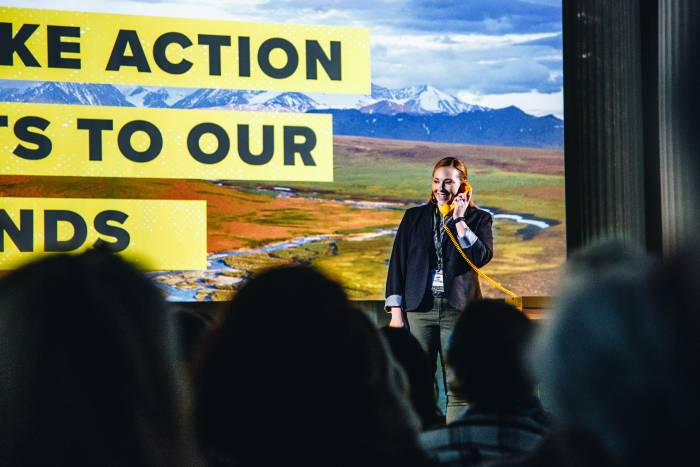 It’s one project in a long queue of policy issues Gaines has been advocating for. The ANWR conservation issue was on her plate since the GOP tax plan passed in December. The plan lifted the moratorium on extraction from coastal plains, allowing oil companies to lease this land for oil drilling — to the tune of an estimated 5 to 16 billion barrels of oil.

And it’s her job to make people care.

“People should be engaging in the process about the Arctic National Wildlife Refuge. The time is now,” Gaines said.

Her role as advocate puts brand capitol squarely in the political limelight. As an advocacy manager, Gaines works on policy issues at the local, state, and national levels. She juggles a broad variety of projects. These include lobbying in Washington, D.C., organizing local and state coalitions, managing education and internal communications for KEEN employees, and engaging KEEN fans about policy issues that impact the brand’s values.

Gaines’ job, still a rare position in the workplace, is at the forefront of a growing trend in the outdoors industry.

Gaines keeps her ear to the ground on a ton of issues — taxes, tariffs, trade, and supply chain — that all impact the outdoors industry. 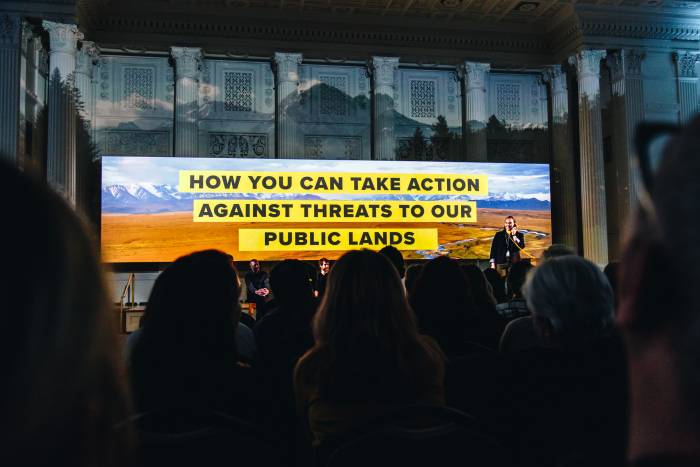 “Right now, [the outdoor industry] is playing a lot of defense on public lands and environmental issues,” said Gaines, who cut her teeth in policymaking on the legislative red carpet of Capitol Hill.

For three years, she worked on the Natural Resources Council in the office of Senator Ron Wyden. Gaines drafted legislation on everything from public lands and recreation to conservation, forestry, water, agriculture, food and nutrition, and Native American tribes. She met KEEN at The Hill in 2014, when the brand’s corporate responsibility team was on tour advocating for the designation of five national monuments. 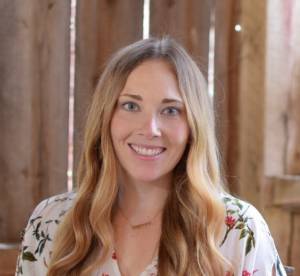 “It makes sense that brands are starting to value experts with policy experience. The industry is growing at a rate faster than the rest of the economy — it’s 2 percent of GDP — and is finding its voice,” she said. “The more we get involved in this conversation, the more helpful it is for brands to know how to navigate the system.”

Only a few brands have government and community affairs teams. For the most part, the Outdoor Industry Association lobbies on behalf of the industry. But within the last decade, Patagonia, REI, KEEN, and others have stepped up to rally the public. Think Patagonia’s defense of Bear’s Ears National Monument, REI’s #OptOutside campaign, and KEEN’s Live Monumental tour (where Gaines first met with the brand).

Even young, small brands like Minnesota’s Askov Finlayson are embracing the role of advocacy. Askov brought on Adam Fetcher as Vice President of Environmental Impact and Policy. Before that, Fetcher worked as press secretary for the Department of the Interior under President Obama. Later he worked as communications director for Patagonia as it stepped into the activist limelight.

As the industry grows, we might see more brands hiring experts straight from the Hill.

According to Gaines, your voice matters: “Any way that [the public] is getting involved with policy — calling and even writing letters — is a good thing,” she said.

Day one on the job, Gaines got on stage at a KEEN sales meeting in front of 300 people. She explained how anyone can effectively engage in public policy — using a phone.

“I staged a live call with Congresswoman Suzanne Bonamici. I read a call script on protecting the Arctic Wildlife Refuge and demonstrated that making a phone call is an effective, easy way to make your voice heard,” said Gaines. 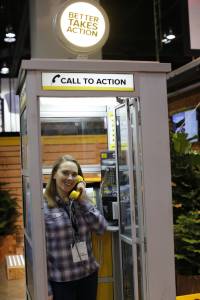 Her presentation inspired a tool for KEEN fans: the Call to Action phone booth. Inside, people find the phone numbers for their local representatives. They can call to read scripts from experts at environmental organizations about a variety of issues. They address oceans, healthy rivers, clean air, clean water, and national monuments.

“The whole idea behind the phone booth is if you want a better planet, you have to do something about it,” said Gaines. “We want to engage fans on issues that are at the core of our values and protect the places where we play.”

And while the ANWR public policy period closed this week, new environmental and conservation issues arise constantly. With new positions like Gaines’, brands are assuming the role of watchdog as they encourage their customers to take action on issues they believe in.

Up Next: Outdoor Businesses Sue US Over BWCAW Mining