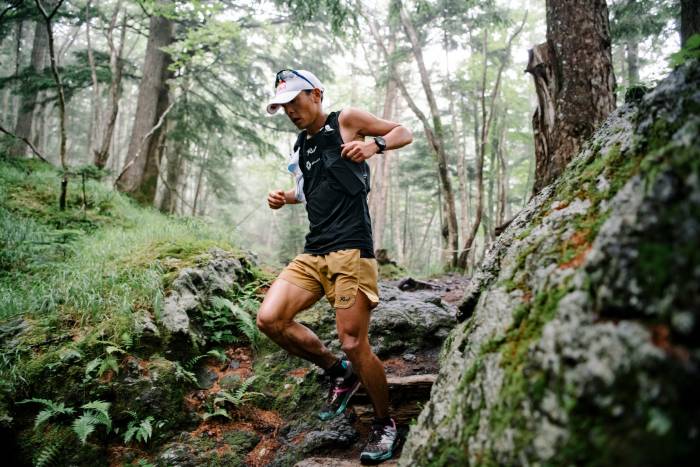 Japanese runner Ruy Ueda became the undisputed king of one of the country’s ‘Three Holy Mountains’ on July 13.

Four separate trails lead to the summit of Mount Fuji (12,388 feet). By reputation, they’re pretty hard — with each taking the average hiker about 10 hours.

Ruy Ueda ran all four of them in less time than that — 9 hours and change.

On Wednesday, the 28-year-old Japanese mountain runner completed the 35.5-mile circuit and its 22,000-plus feet of elevation change. When he stopped his watch at the end, it read 9 hours, 55 minutes, and 41 seconds.

Ueda thus secured the fastest known time (FKT) of the “Mt. Fuji in One Stroke” route. He smashed the previous record by just under 2 hours.

“I’m just really happy to break the record at this symbolic Mt. Fuji and surprised myself as well with the time of under 10 hours,” he told Red Bull after the feat.

The FKT circuit consolidates round trips of the four main trails that lead to the top of Mt. Fuji: Fujinomiya, Gotemba, Subashiri, and Yoshida. To pursue the record, Ueda employed a closed loop strategy.

Starting at 4:51 a.m. local time, Ueda first raced up the Fujinomiya trail. Then, he yo-yoed up and down all three other paths before circling the summit crater to descend Fujinomiya for the round trip’s final leg. He checked back into the trailhead below at 2:46 p.m. local time.

It’s a Guinness World Record for the runner born in Nagano, Japan, who has run professionally in high-altitude races since 2013. In 2021, he became the first Asian Skyrunning World Champion when he won the Men’s Vertical Kilometer in Lleida, Spain.

“Mt. Fuji in One Stroke” is a longer route than Ueda’s used to. To train, he worked with ultrarunner Florian Neuschwander in Europe. While there, he also ran (and placed) in high-altitude races in Hochkönig, Austria, and Mont Blanc, France.

Ueda said his goal for the Mt. Fuji FKT was simple: to display his home country’s natural wonders.

“When thinking about the current situation in the world and what I can do as a trail runner, this ‘Mt. Fuji in One Stroke’ project came to life as a way to showcase Japan’s beauty,” he said.

“Of course, if people start taking an interest in trail running after seeing this, then that would also be a big win.” 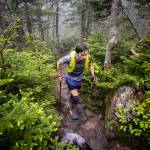 Will Peterson is the fastest human in the White Mountains. With 3+ days of near-constant motion, he broke a 7-year-old record. Read more…