Home » News » Training for Tokyo: An Inside Look at This Year’s Olympic Village Gym

Curious about how athletes train for the Olympics, at the Olympics? Take a peek inside Tokyo’s state-of-the-art Olympic Village gym.

The Olympic Village facility in the Harumi district of Tokyo, Japan, spans 110 acres and includes 21 residential buildings, dozens of community buildings, and multiple gym facilities. It boasts residential apartments, a food hall, a general store, a media center, a bus system, and a whopping 15 gyms (more on that later).

There are also two satellite villages, one in Izu for cycling teams and one in Oiso for sailing athletes.

It’s a massive facility, as it should be — it serves thousands of athletes: 10,000 Olympic and 4,000 Paralympic athletes over the course of the Games, to be precise. Currently, that number has been reduced to 6,000-7,000 athletes, media, and Games staff combined total per day, in accordance with COVID-19 protocol.

Here’s what you may not know: That massive facility has to be built from the ground up every Olympic season, and then stocked with enough gym equipment to support 10,000 Olympians, which is no small feat.

Inside the Olympic Gym: Weights, Equipment, and More

Technogym is the Olympics’ official supplier of athletic training equipment — this year alone, it donated 1,500 equipment products and trainer services from 25 fitness centers to design and install the official Olympic Village gym.

A short list of equipment available to athletes includes: 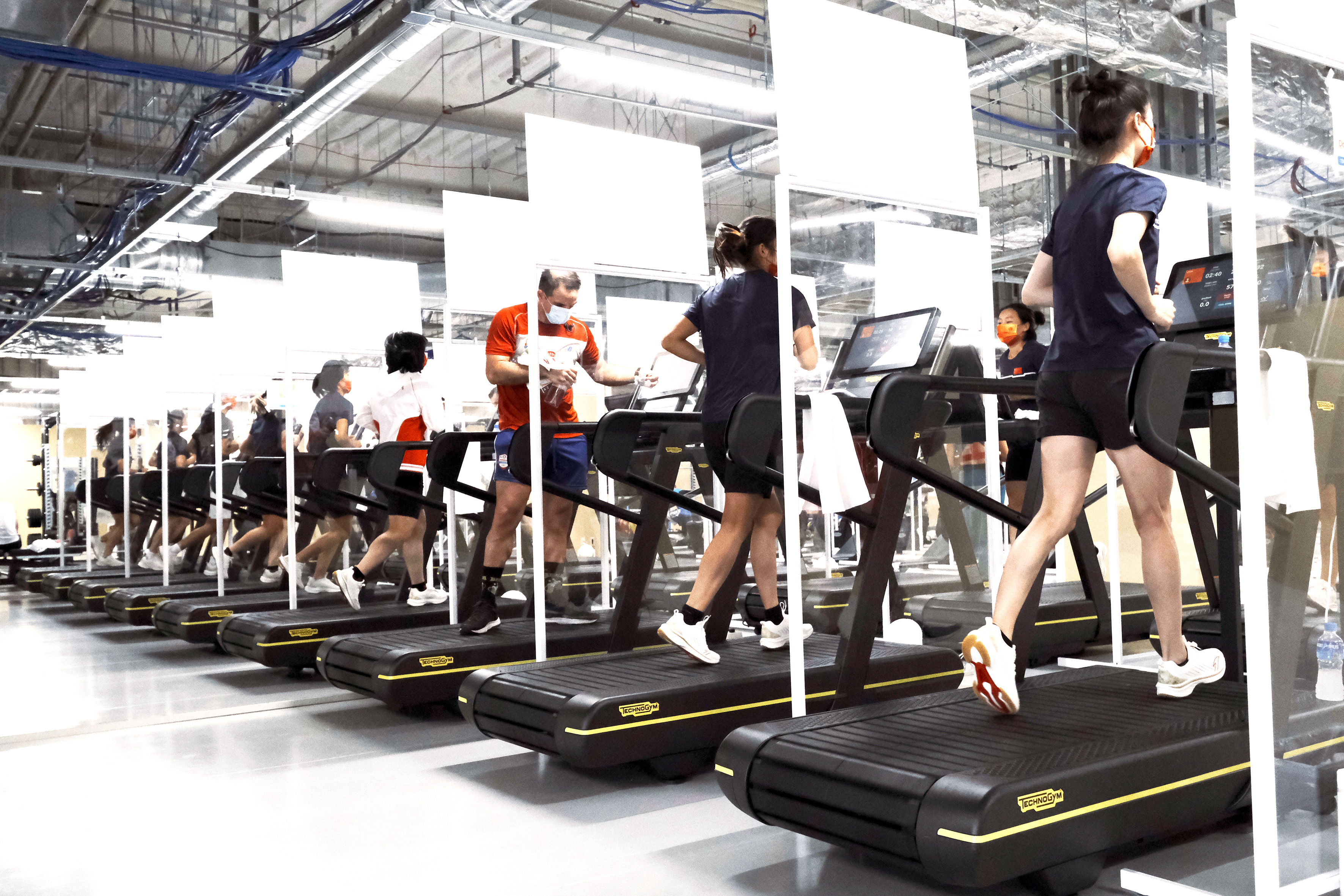 According to Technogym, an impressive 15,000 Olympic and Paralympic athletes across 33 different disciplines will be training at the Olympic Village gym.

Aside from equipment, the Olympic Village gym also has auxiliary rooms for stretching, relaxation, and physiotherapy. Outside the main Village facility, 14 other gyms are located in different sport venues, designed for sport-specific disciplines.

Curious about what else is going on in Tokyo? Check out our full Olympic coverage:

Sport climbing will debut in the Olympics this summer. Since it's been a bit since the qualifiers, here's what to expect in this year's Olympic Games. Read more…

Just like sport climbing, this year marks the first year surfing will be included in the Olympics. Here's all you need to know. Read more…

The best of swim, bike, and run — watch these world athletes compete on the Olympic stage in triathlons, marathons, and more. Read more…