Guide your avatar through a virtual labyrinth — not unlike the halls of your local convention center — to explore the future of outdoor gear.

Everything is closed. Everyone must stay home and conduct business — whatever business that may be — via (secretly) pantsless Zoom meetings.

And although July’s Big Gear Show in Salt Lake City remains on open for now, even its organizers admit they “don’t know much for certain.” 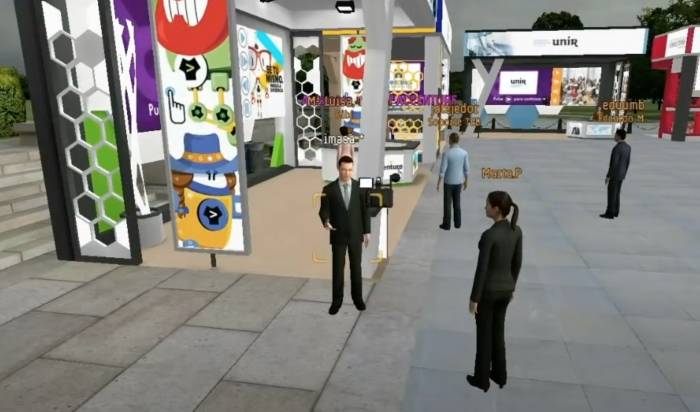 However, a new player entered the outdoor gear show game last week. And it appears uniquely equipped to weather the storm of uncertainty forcing so many to literally shutter their doors. Going live June 24-26, the Thin Air Gear Show offers a completely virtual, interactive alternative to the crowds and travel inherent to traditional trade shows.

With the help of an app, attendees will steer an avatar around virtual aisles of gear from many of the gear brands you might find at Outdoor Retailer. In many ways, it works like any old trade show: attendees register for meetings with exhibitors, listen in on keynote talks, and make valuable networking connections.

But this way, Thin Air organizers brag, there’s almost no carbon footprint and you can accomplish it all from your couch. Check out the video walkthrough below for an idea of what this looks like.

Here’s everything we know so far about the Thin Air Gear Show.

First, only registered media and exhibiting brands will be allowed to take part. So while it isn’t open to the public, you can still expect product previews and first-look reviews to come out of the show.

Thin Air claims it’s capable of hosting up to 400 brands and roughly 1,000 media members. For comparison, Outdoor Retailer Summer Market attracts some 1,400 exhibiting brands and around 20,000 attendees. But that figure includes retail and media buyers, who will not have access to Thin Air.

Jenna Celmer, a co-founder of Thin Air, told us capping attendance at 2,000 total will create “a more tight-knit environment” and ensure everything runs smoothly. She also told us she sees Thin Air as a new — and necessary — format for trade shows, even after self-isolation and travel restrictions ease.

“It’s time. Brands need this, media needs this,” Celmer said. “Based on the response we’re seeing now, we anticipate making this a bi-annual event to complement in-person events.”

According to Celmer, several brands have already signed on, though she and co-founder Erik Boles aren’t prepared to say who just yet. The show did announce its keynote speaker for the event: Hap Klopp. Klopp helped found The North Face we know today after acquiring it from Doug and Susie Tompkins shortly after its inception.

The show also teased a “mystery guest.” Beyond that, though, few details have emerged on how big a bite Thin Air can take out of the industry in its debut.

Virtual Trade Show of the Future?

Although a first for the outdoor industry, virtual trade shows aren’t unprecedented. According to Thin Air’s website, the tech behind the show has also hosted events for major brands like Microsoft, Amazon, and others.

Attendees select an avatar to move around the virtual convention hall. At digital booths, exhibitors and visitors conduct video meetings and share images and other product assets in real time.

The layouts come with customizable graphics, virtual walls, and more. All this comes with fewer incurred costs (think travel and lodging), a fraction of the carbon footprint, and, as Thin Air boasts, no pants!

If you’re a brand wanting to exhibit, a sponsor looking to support the show, or media seeking to attend, learn more about the Thin Air Gear Show here.

Update: This story was edited to reflect a date change for the Thin Air Gear Show, now taking place June 24-26.