Home » Outdoor » Birth Of A Brand: Scaling Everest From ‘Sea To Summit’

Tim Macartney-Snape went from the Bay of Bengal to the summit of Mount Everest in 1990. Afterward, the gear brand Sea to Summit was born. This is his story. 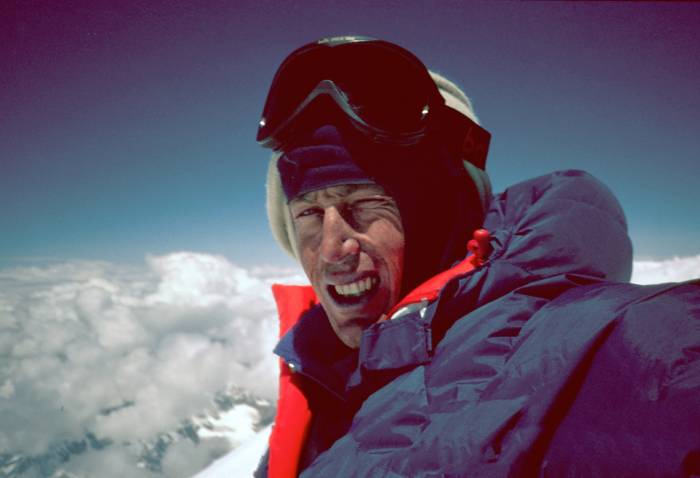 “Summiting Everest is great and all, but you didn’t really climb all of Everest…if you didn’t start at the sea!” A friend pointed out to him at a pub in Australia one night after his return from his first ascent of Everest.

It was after this conversation in 1986 that the planning began to ascend all of Mount Everest’s 29,029 feet. In February of 1990, he took off. The gear he used and lessons he learned on the three-month, 700-mile journey inspired Macartney-Snape and a friend, Roland Tyson, to create the gear brand Sea to Summit. The brand is thriving today and its name honors the first and only ascent of Mount Everest in its entirety.

A brief swim in the Bay of Bengal cued the start of his expedition across the country of India and up the tallest mountain in the world. He would go on foot, followed by a small film crew across the Gangetic plain, over the border of Nepal, and to base camp. Then he would take on the summit, alone. 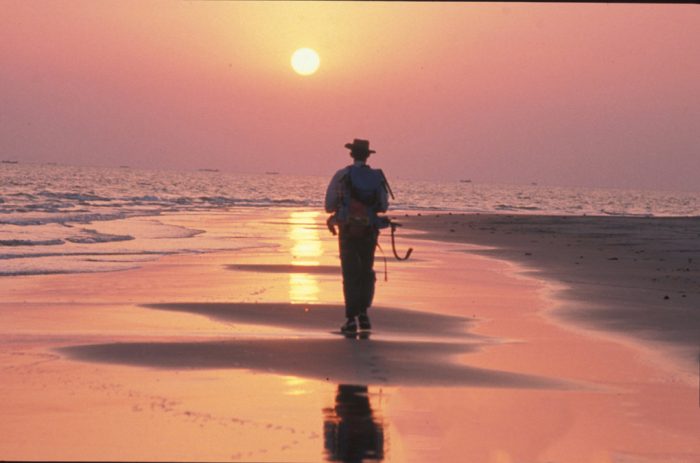 Through tropical rainforests, dense jungle, and countless river crossings he eventually reached Nepal — 375 miles (600km) from his starting point. At this time, local conflict shut down the border crossing he planned to use.

Needing to make it to basecamp in time for climbing season and to allow for proper acclimatization he sought an alternative route. He heard that 185 miles (300km) south another border was open.

After a quick calculation, he started running. It simply wasn’t an option to sit and wait for a border crossing that may never open. Though, running nearly a marathon a day for five days to get through the open border and back to the spot he intended to cross, was an option, so that’s what he did.

He made it to basecamp in early April and spent the next four-to-five weeks acclimatizing before making a push for the summit. 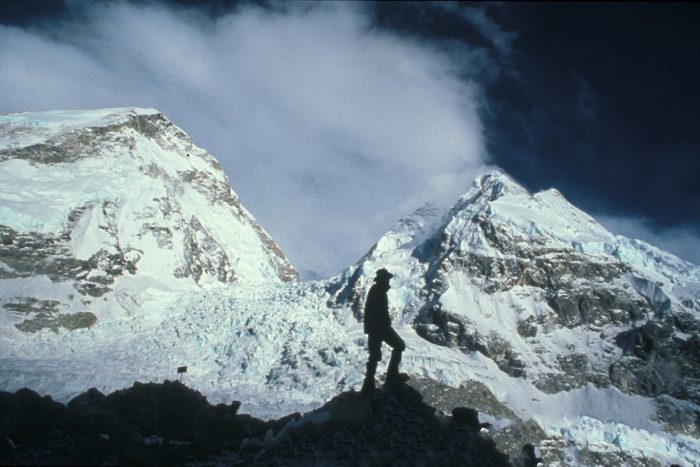 The original plan was to summit via the west face. Inclement weather shut down that option leaving Everest’s most popular route as his next choice.

On May 11, Macartney-Snape made it to the summit of Everest carrying a super 8 camera and all of his gear.

Over three months, he traveled 745 miles across and 29,029 feet up, thus concluding a true sea to summit ascent of the world’s highest peak. A feat accomplished entirely without oxygen or a support team to haul gear. To this day nobody has repeated his endeavor. 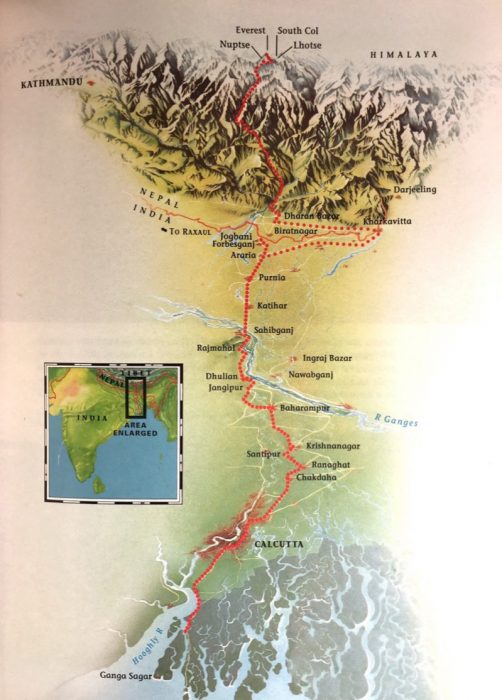 Along the journey, he used hand-crafted gear made in Australia by his friend and climbing partner, Roland Tyson. Custom bags, packs, and organizational gear accompanied him the whole way.

Inevitably, he experienced a throng of gear testing scenarios. It isn’t often one can test gear in the tropics and high alpine, all in one expedition.

In 1990, Macartney-Snape returned from Everest and formed Sea to Summit with Tyson. 27 years later, the brand is highly regarded as a purveyor of quality, lightweight gear.

Meet The Man Behind The Name

Over the next two weeks, co-founder Macartney-Snape will travel to eight REI stores across the nation telling his story. On this tour, he’ll show exclusive video footage from his 1990 summit and some of the gear he used will accompany him on tour.

The events will feature a meet and greet in addition to a presentation and never before seen video footage. Attendees will have a chance to win Sea to Summit gear during the in-store raffles at each of the locations. Check out the complete tour list to see if one is in your area.

The event is free! Though, there is limited space at each event so be sure to sign up and get a ticket to ensure you get a spot.

Check out a sneak peak of the video footage below.