‘Find adventure within city limits.’ That’s the tagline of a new series launching this month, sponsored by YETI. 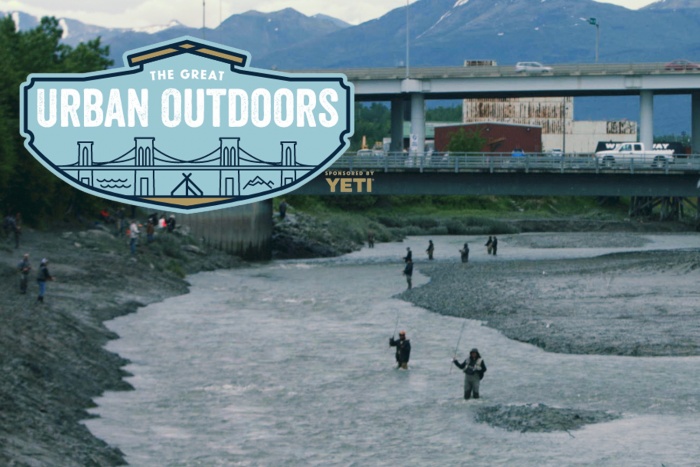 We already launched the first video –“Ship Creek, Alaska.” It explores a scene in Anchorage, Alaska, where thousands throw a line in Ship Creek downtown for a chance to hook monster king salmon.

A “Great Urban Outdoors” microsite serves as the base for videos and articles in the project.

From now until September, our crew will be traveling to film and document the trend of finding adventure in your (urban) backyard.

The project is sponsored by YETI. This summer, the company unveiled its Jugs, which hold half- and full-gallon liquid quantities and keep drinks cold. The stainless steel vessels are our hydration go-to as the temps climb this summer on each shoot.

Monitor the Great Urban Outdoors site and GearJunkie social media throughout July for updates. We’re heading to film whitewater, surfing, camping, and mountain biking this month—all epic, and all in-city settings around the U.S.

We just might turn up a great new adventure right in your own backyard.

– This article is part of The Great Urban Outdoors series sponsored by YETI. Learn more about its Rambler Jugs and other new products here.

Up Next: Fantasy Becomes Reality In Planned Turkish Park