Thinking of hitting the road for a 2020 DIY hunting trip? GearJunkie’s Jace Bauserman has dialed in 10 destinations to put on your list.

The draw to hunt distant lands — game species you’ve only seen on outdoor television — is burning in your soul. I get it. I love my home state of Colorado, but my bowhunting spirit longs to hit the blacktop and experience new places and adventures.

Is it pricey? It can be. But you can also come up with frugal ways to cut costs along the way.

Here are 10 great DIY hunts you can pull off that won’t break your bank account. 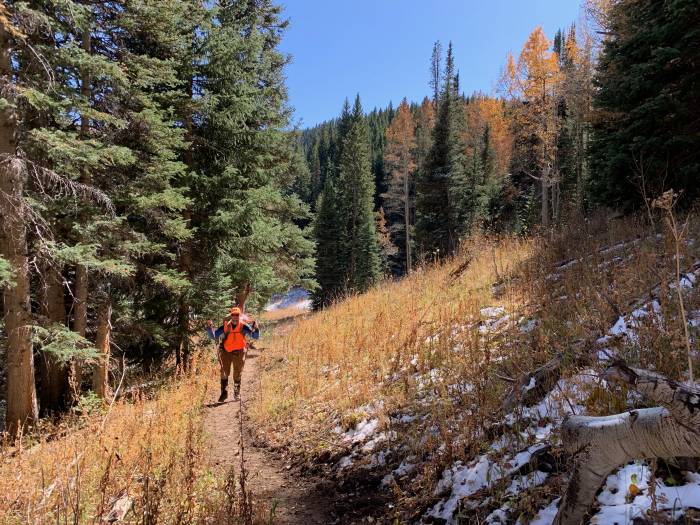 The Centennial State harbors the world’s largest population of Rocky Mountain elk — over 300,000 animals strong. In addition, most of the state’s game management units offer over-the-counter hunting. There’s no draw and no waiting for bow and rifle hunters alike.

The price of a non-resident tag is $662. But when you consider the fact that the state has more than 13 million acres of open-to-anyone dirt and throngs of wilderness areas that don’t require the hiring of a guide, you can experience exceptional hunting.

Keep costs down by tent camping on national forest land, preparing meals at home ahead of time, and staying out of town.

A great offseason adventure, feral hogs are a problem in the Lone Star State. With a current estimated population between 8 and 9 million animals, there is no shortage of swine to chase. Best of all, there is no season and no bag limit on feral oinkers.

Hunters do need to possess a “non-resident 5-day special hunting” license (Item 157), but the cost is a mere $48. While Texas does have public hunting areas, your best bet is to do your research, shell out some greenbacks, and go with a reputable outfitter.

Most hog hunting is done over bait, and it sure helps to have this process done and ready when you arrive. The average cost of a Texas hog hunt is between $500 and $1,000 depending on accommodations.

The pheasant capital of the world, South Dakota draws shotgunners like moths to a flame. In 2019, South Dakota Game, Fish & Parks conducted surveys that indicated the number of roosters increased 2 percent from 2018.

Pheasants Per Mile (PPM) surveys were taken from 110 30-mile pheasant brood routes distributed across the state. The PPM index for the 2019 pheasant brood survey did decrease by 17 percent from 2018 to 2019, but numbers still appear to be strong.

As far as room to roam, South Dakota has throngs of public access in the form of national grasslands, BLM land, game product areas, walk-in hunting — the list goes on. Finding a location to hunt is not difficult. Non-resident hunters must have a small-game license ($121 for two 5-day hunt periods). 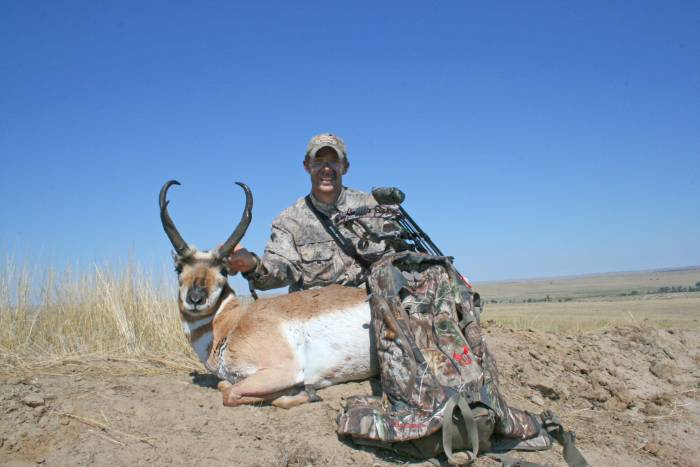 Wyoming has more pronghorn than people. And while the state sells tags on a draw-only basis, securing one doesn’t take an extended wait. Leftover licenses are often available, but these are typically in units with very limited public access. Know before you buy.

Harvest success rates typically exceed 85 percent. Hunt applications for pronghorn open in early January and conclude in late May. A pronghorn tag will set you back $341. As for public access, it’s virtually endless.

Gun or bow, it doesn’t matter. Kansas is the land of giants. Yes, tags are a bit pricey ($443), but when you consider the state’s thousands and thousands of acres of walk-in access and the fact that a booner could step out at any moment, it’s worth the investment.

A visit to Kansas’ Wildlife, Parks & Tourism website provides access to a digital Public Hunting Atlas. The state is broken into four deer regions, and tags are available through a draw process. The draw deadline is typically in late April. Keep costs down by tent or RV camping.

Idaho has bears — lots and lots of bears. In many hunt units, hunters can purchase a second bear tag for a reduced price. Baiting is legal during the spring and fall, and each individual hunter can run up to three bait sites. Bait site permits are available at Idaho Fish and Game offices.

Over 60 percent of the state is public dirt, so you won’t run out of room to place a bait site. Newbie bear baiters should look to long ridges that dip off into multiple canyons. This allows the wind and thermals to pull scent down into those canyons and into the olfactory system of a big ol’ bear.

A subspecies of the whitetail deer, Coues are a common sight in several of the state’s regions, the most popular being the southeastern mountains.

As you prep for this hunt, pay attention to areas with solid summer rainfall, which provides excellent fall/winter browse. The annual rut is in January, and tags ($300) are available over the counter.

These creatures are very wary and move quickly. Rattling can be an effective technique to bring a rutting buck into bowhunting range. 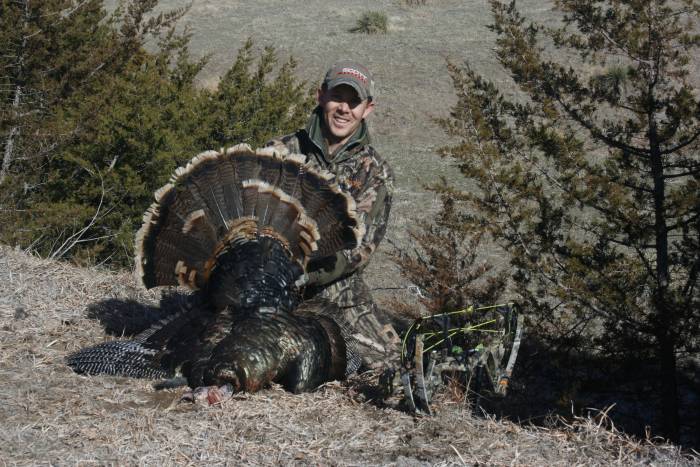 A three-bird spring state, Nebraska is crawling with longbeards. And, like Kansas, the state’s Game and Parks Commission website features an interactive Spring Public Hunt Atlas.

In addition, the state has an archery-only season that typically starts on March 25. Shotgun goers can start chasing gobbles around April 13. A single turkey permit costs $109.

Second and third tags cost the same and can be purchased directly from your mobile device. So if you happen to tag out early and the gobble fest is still rocking, you don’t even have to run to town to purchase another permit.

Who hasn’t dreamt of whistling wings in flooded timber? Arkansas can make this dream a reality.

Recent reports conducted by the U.S. Fish and Wildlife Service noted that duck populations are 10 percent above the long-term average, with 38.9 million breeding ducks estimated in the traditional survey.

The survey also indicates that while there was a 6-percent decline from last year’s 41.2 million breeding ducks, mallards were a bright spot. This species saw a 2-percent increase in observed breeding.

As far as where to go, Arkansas is rich with public land. For more information, visit www.agfc.com.

They flush hard, fly fast, and, depending on the spring and summer rains, can be quite plentiful in The Land of Enchantment.

These quail prefer to run rather than fly, but if you can bust a covey or three, you can be in for a day of shooting singles and doubles. Season dates typically start in early September and run through February. Licenses are available over the counter.

Up Next: 5 Best Fishing Apps for Avid Anglers