Smartwatches are becoming more and more ubiquitous in the sporting world. And tech companies are building on how this hands-free technology can make life easier amidst the pursuit. A social media platform called Fishbrain is on trend, and anglers look to benefit.

Fishbrain’s BiteTime technology crowdsources information from more than 8 million anglers. It tells users what species is biting, on what, and where. It’s a data-based approach to an often mythological pursuit, and it does this while combining weather and climate attributes to each forecast.

Looking to catch a tarpon in the Bahamas? Another aptly named “Fishbrainer” has likely recorded a catch. And the app will give you a full chart reading of how to best approach that species in the water on that day.

Taking it a step further, Fishbrain and Casio have paired up on an app for the Casio Pro Trek WSD-F30 ($549). Beyond Fishbrain connectivity, it also has a digital compass, an altimeter, a barometer, and an activity tracker. 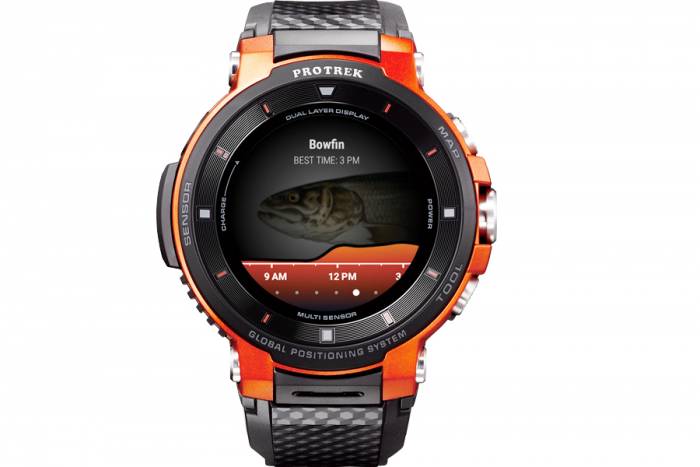 The Fishbrain app’s smartwatch integration allows anglers to log catches by voice, access data, and use the app without having to constantly dig out their smartphone. It’s a smart idea, and for those of us who use smartwatches in our day-to-day goings, this might make for seamless integration into days spent on the water.

Of course, all of this comes at a cost. Access to Fishbrain’s BiteTime technology is a $75 yearly commitment for now, and the Casio watch itself clocks in at $549 new. You’ll have to join Fishbrain to see subscription options and better understand the technology, as the company doesn’t have an easily accessible webpage that shares this information.