Fall is the perfect time to catch the fish of 10,000 casts. Professional angler Kristine Fischer shares the beta on her tried and true muskie tactics. Here’s how to make it less than 10,000. 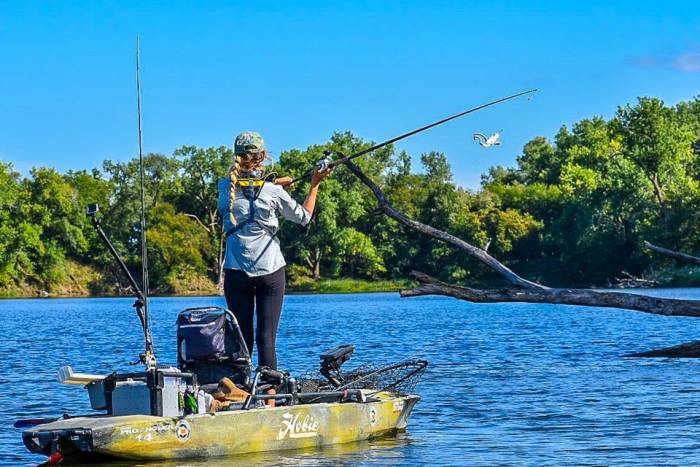 This provides fall solitude on the water for a select type of outdoor enthusiast, the muskie angler. And there’s no better time to be on the water in pursuit of these elusive fish than in autumn.

Fall Muskie Fishing: Up for the Challenge?

Muskie fishing is not for the faint of heart. Living up to their reputation “the fish of 10,000 casts,” muskellunge have the ability to not only physically defeat anglers but mentally push them past their limits. 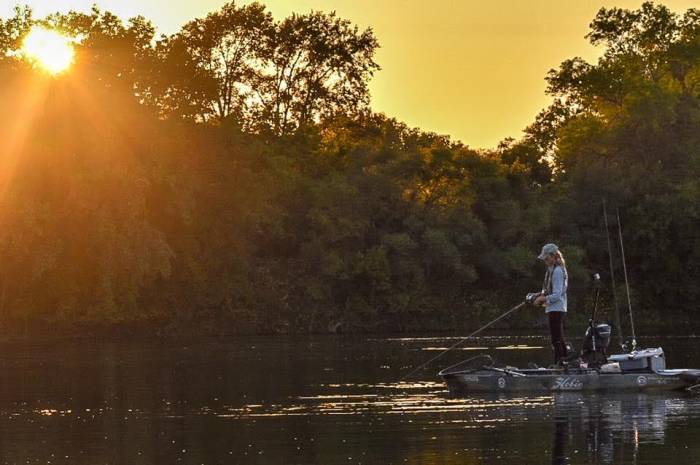 Here’s where, when, and how to increase your chances of successfully locating and landing a monster muskie.

Most areas of the country experience a semi to full weed kill as the water cools off. Finding areas of the river or lake that hold any remaining healthy and highly oxygenated weed growth can be crucial in finding fall muskie.

More key areas for fall muskie include rock and brush piles. Rock piles and reefs tend to retain heat during the cooler months and thus attract a variety of aquatic life.

Use your electronics to locate giant bait schools, or watch the lake for signs of active bait just below the surface. Learning the depth of the bait schools is important for understanding where to present your bait in the water column, as muskie generally feed on the side or below.

It is no secret that, in order to be successful in the world of muskie fishing, one needs to spend a substantial amount of time on the water. 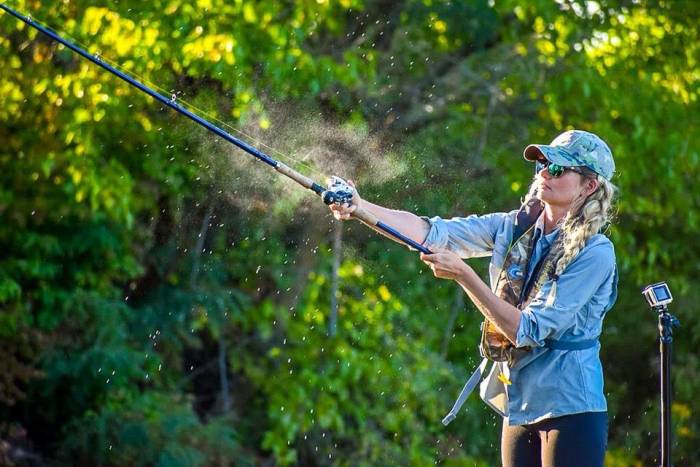 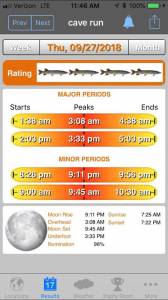 The new moon isn’t something you want to sleep on. Many respected muskie anglers have logged as much if not more activity during this moon phase. 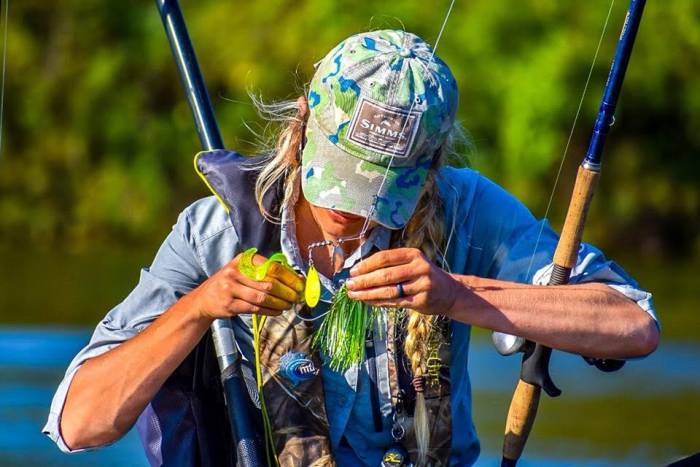 One of the draws to muskie fishing is no doubt the tackle. A first-time muskie angler can get lost in tackle shops such as Crash’s Landing, browsing aisles of wild baits, many weighing in at over 1 pound.

Fall is an excellent time to gain confidence in throwing these big baits. Muskies look to capitalize on large meals that take minimal effort. A larger presentation means more water displacement and more “noise.” These baits capture the muskie’s attention. 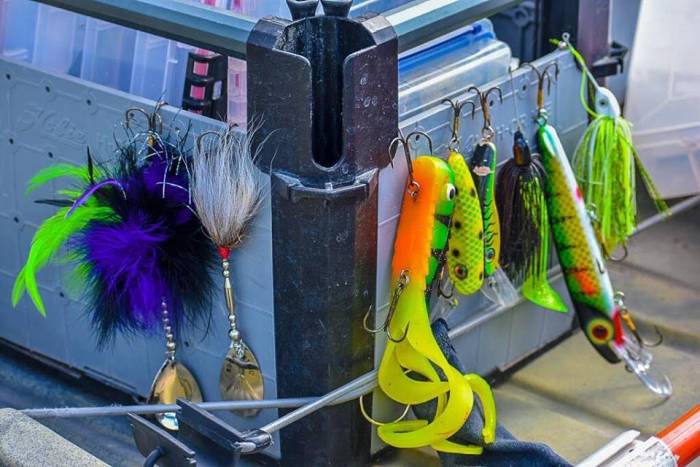 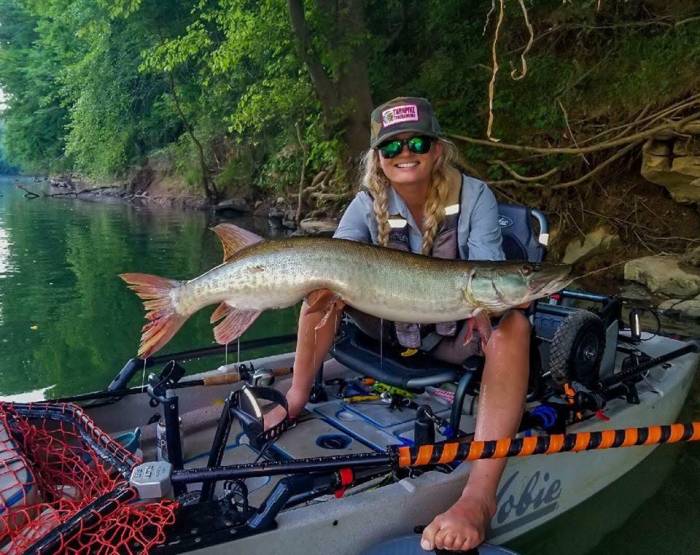