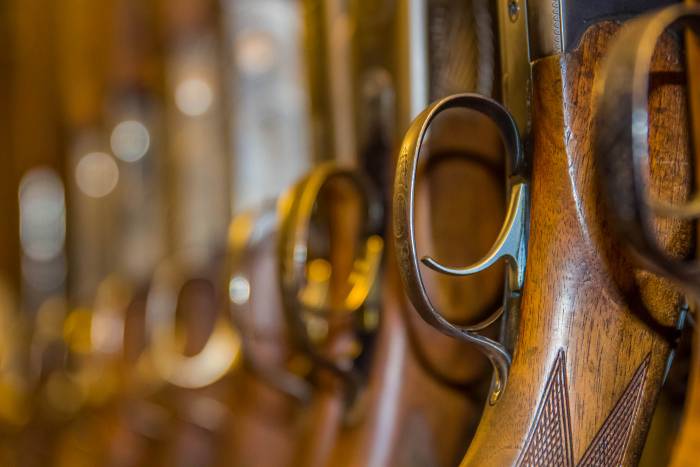 There are plenty of hidden gems filling the corners of mom-and-pop gun shops, and here’s a guide to buying them.

With the exception of a few, all my guns have previous owners. Most of them I bought while I worked in a gun shop during college or are family heirlooms (which my family also bought used). And I’ve had little to no function issues with most of these rifles. In fact, some of them are near immaculate.

I actually prefer buying used. Whether it’s a new/out-of-box return or a scarred-up deer rifle with unknown initials etched into the stock, there’s something alluring about toting a rifle with history. And because I’ve worked on that side of the business, it’s hard for me to pay full price for anything.

Make no mistake, there are plenty of guns lining pawn shop shelves that are better suited for scrap than shooting, and most of these are obvious. Some, not so much. And while (in the famous words of every used firearm salesman) there are no guarantees, these tips can help you find your next used rifle and give it a second life.

How to Buy a Used Hunting Rifle

Buy During the Summer

During the summer months when the fishing slows and hunting seasons are distant thoughts on the horizon, gun sales wane. This can be a killer time to take advantage of slow business and swing a great deal on a rifle.

During my 5 years working at a gun shop, sales would decline at the end of turkey season until they reached an abysmal low shortly into June. Those summer months were a dead zone until the end of September. Some days, we were lucky to make a handful of sales.

The worst days saw a single ticket in the sales drawer. To encourage sales and move inventory, we’d often select a dozen or so used hunting rifles and slash their prices (a few below cost). And if someone wanted to haggle the price on other rifles, we would happily oblige.

We would take offers during the summer that we would readily dismiss during hunting season. And trust me, we weren’t the only gun shop in town doing this. I’m willing to bet your local gun shop probably does something similar.

Here’s a not-so-secret secret: Gun stores have to make a profit, and this means they charge more than what they pay for someone’s used or pawned gun. It’s a pretty simple business model. This also means they probably have some wiggle room when it comes to the price.

Don’t expect to score half off the sticker price, but a few hundred or even $50 off a used hunting rifle adds up.

While working at this same gun shop, I would sometimes have customers return a brand-new rifle. They’d get home only to realize it wasn’t the one they really wanted or cite a financial disagreement with their significant other. Then, we’d have to knock a few bucks off the price, and label it “demo” or used/new-in-box because it was technically used.

I’ve spotted countless instances like this wading through gun shops over the years. And while you won’t save a ton, it’s enough for a box of ammo.

Ask About Used-Buy Policies or Returns

There’s always some risk involved with buying a used gun, even when you do your best to check for red flags. Before you drop any cash, make sure you know the return policy, if there is one. “As-is” guns usually negate any kind of returns, so avoid these unless you’re a gunsmith or you know a good one.

One thing you don’t want to buy is someone’s first attempt at gunsmithing. Most gun shops worth anything won’t buy a firearm that’s been noticeably modified (unprofessionally, at least). But every now and then, a few slip under the radar.

Thankfully, most botched jobs show up cosmetically, and they’re easy to spot. Still, make sure the action operates as designed and double-check the return policy.

A lot of local gun stores don’t mind throwing in a box of ammo, scope covers, or a few targets after you purchase a gun from them if they don’t offer it right away. If they don’t budge on the price, they’re more likely to give you one of these as a consolation prize.

I’m not advocating that you always heckle the guys at your local gun shop, but if they do cut you a sweet deal, make sure you let them know you appreciate it by giving them return business. Especially if you plan on adding to your used gun collection in the future. 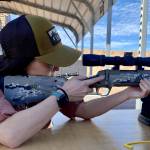 Though we didn't see a ton of new rifles drop at the 2022 SHOT Show, there's still something on this list for everybody. Read more…