Marketed as a women’s bow, the Prima is made possible by Mathews’ recent developments. After 5 years of advances seen in other bows, the brand’s designers updated the Prima with a bevy of new tech and gained speed by dropping its brace height.

“Pound for pound, this is the fastest bow that we make,” said Mark Hayes, design engineering manager for Mathews Archery. “Forgiveness and shoot-ability were not sacrificed with the 5.5-inch brace height, but what we gained was a lot of speed.”

This short-draw bow is aimed at updating the brand’s women’s bow options. Yes, it’s positioned as a women’s bow, but anyone with a draw length under 28 inches should take note.

Knowing the bow maxed out at 60 pounds of draw weight left the design team confident it could make cuts to the body of the bow, Hayes said.

The risers were thinned out at the ends and with more cutouts, which shaved weight. Additionally, the brand scaled down its Crosscentric cams and made the limbs and cups smaller.

This is how the Prima weighs less than 4 pounds.

Powering the bow are several recent developments by Mathews, which we run through here. Most of these features have been introduced in other Mathews bows, but this is the first time they’re available in such a small package.

As Mathews puts it, the CenterGuard cable containment system “equalizes the angle of the cables during the draw cycle for optimal cam timing while providing additional vane clearance.”

The new bow design is met with new calibration and tuning, the Nano 740, for the bow’s specific harmonics. This is Mathews’ answer to post-shot vibration and noise, just like its 3D damping in other bows. Extending the position of the draw should add balance at full draw.

The Prima is available in eight colors and patterns, including First Lite’s Specter camo designed for whitetail and Under Armour’s All-Season camo. 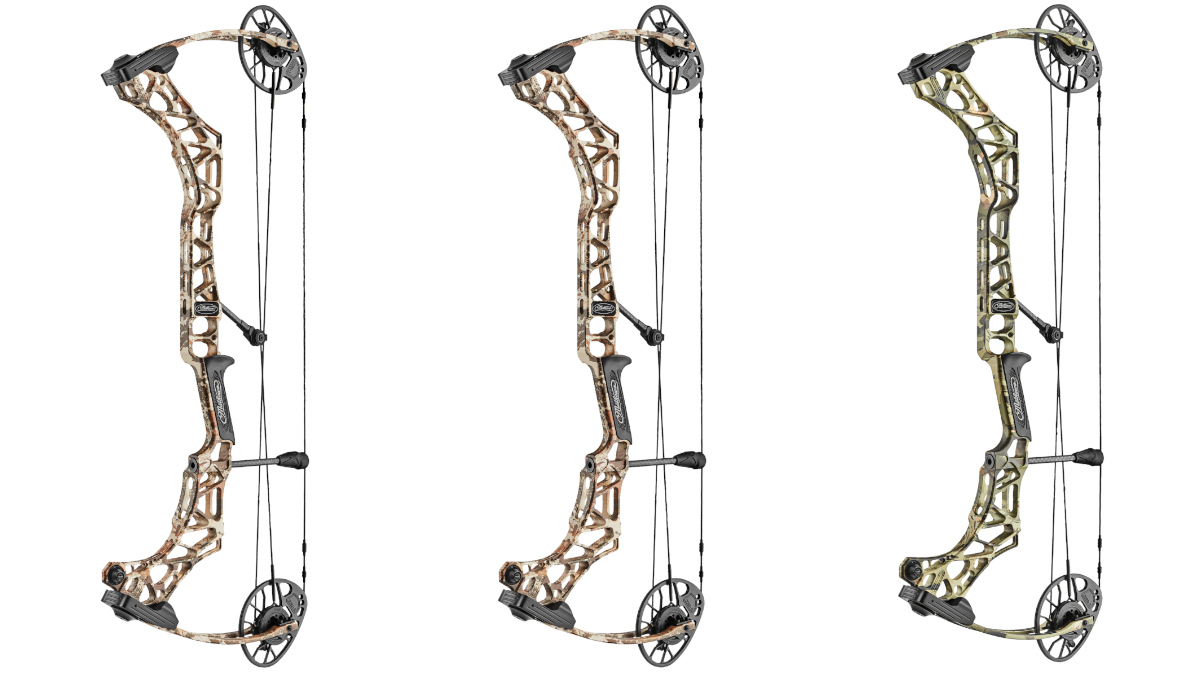 This article is sponsored by Mathews Archery. Find out more about the Prima hunting bow here.

Long-Range Accuracy: How Mission Designed Its Crossbows to Bullseye at 100 Yards

Up Next: Long-Range Accuracy: How Mission Designed Its Crossbows to Bullseye at 100 Yards

Saving…
Long-Range Accuracy: How Mission Designed Its Crossbows to Bullseye at 100 Yards
12 Pieces of Hunting Gear That Rep Fashion, Form, and Function
×