The T.R.U.Ball GOAT may be the most customizable handheld release option to date. We put it to the test and give some pointers for using this revolutionary bow release.

In the world of archery, it’s safe to say that World Champion and multi-World Cup winner Reo Wilde knows a thing or two about performing behind the stick-and-string. In 2015 and 2016, Wilde was recognized as the No. 1 archer in the U.S. and continues to climb the podium at events around the world.

When releasing mastermind T.R.U.Ball decided to partner with Wilde and build a release that offers shooters the best of both worlds, success was sure to be the only outcome. Dubbed the GOAT (greatest of all time), Reo Wilde’s signature release has the archery community buzzing. A handheld model that can be used as a thumb-activated release or a true hinge-style, the GOAT is a win from the get-go. 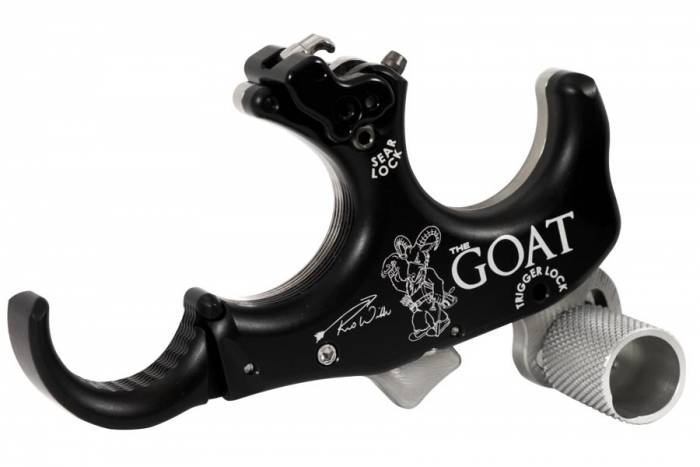 The half nickel-plated brass, half aluminum handle provides a solid in-the-hand feel. The weight of the release is noticeable, and fingers fall into the recessed grooves like a trusty, well-worn glove.

The release comes as a three-finger but can easily be converted to a four-finger by using a 5/64 hex wrench to remove the screw located in the back of the handle. There’s a small washer that will come free when the finger-piece is removed, so be on the lookout for it. Simply swap the finger pieces, and all you four-finger-lovers are set to go.

The finger system, via T.R.U.Ball’s Flex technology, can also be adjusted. Several laser-engraved (white) marks are visible. Rather than removing the screw, simply loosen it and experiment with different finger settings. 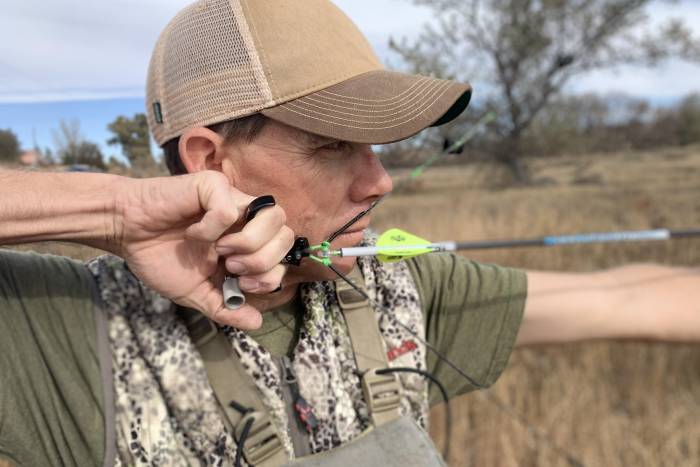 The middle hole (my choice) is the standard setting. Use a Phillips screwdriver to remove the screw and make your adjustments. The half-moon-shaped rail, regardless of setting, allows for further thumb-barrel customization.

My advice: Play with the release and its various thumb settings. Don’t be afraid to tinker — the rest was designed for personalized customization.

A Breed of Its Own 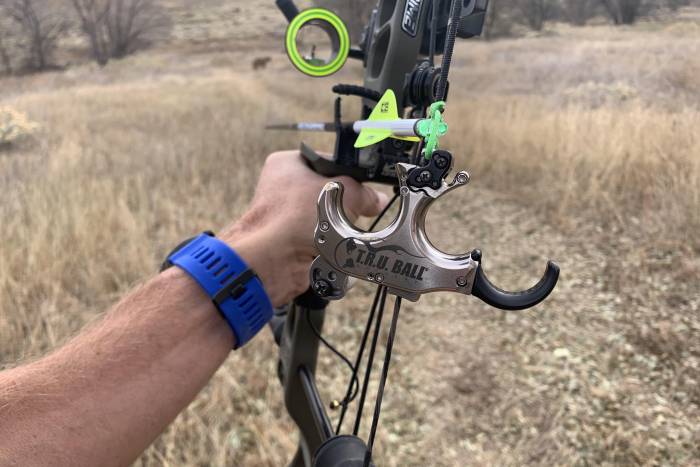 Delivering customization in spades is the Transformer-like ability of the GOAT. In about 30 seconds, the rest can be converted from a thumb-activated setting to a hinge-style setting.

To accomplish this, take a small Phillips screwdriver and remove the anodized (silver) screw located just above the sear lock screw. Then, from the other side of the release, use a 5/64 hex and push the dowel pin out. T.R.U.Ball has a built-in spot in the handle for the dowel pin and screw. Locate the sear lock screw and use the same 5/64 hex and turn the screw counterclockwise three-quarters of a turn or until it stops.

Next, turn the micro-adjust screw located in the handle between the brass and aluminum pieces. Turn this screw clockwise for a hotter setting and counterclockwise for a colder setting. Lock the sear lock screw in place once the sear is in the desired position.

When making hot/cold adjustments in the trigger-activated (thumb) mode, make sure the travel lock screw located below the thumb barrel and above the trigger-locking device is tight. Next, depress the cocking bar by pushing it into the release until you hear a click. Now, turn the travel screw slowly clockwise until the release fires on its own.

Lastly, start playing. Turn the travel screw counterclockwise at least a quarter-turn out to ensure a safe setting. If you don’t do this, it could result in damage to your release, bow, and face. Ouch! Further counterclockwise turns will increase the coldness of the release. Again, play with your settings until you find the exact travel adjustment that’s right for you.

When playing with both travel and sensitivity settings, remember that less is more. Make minute adjustments to the screws. Take your time and do the process right. 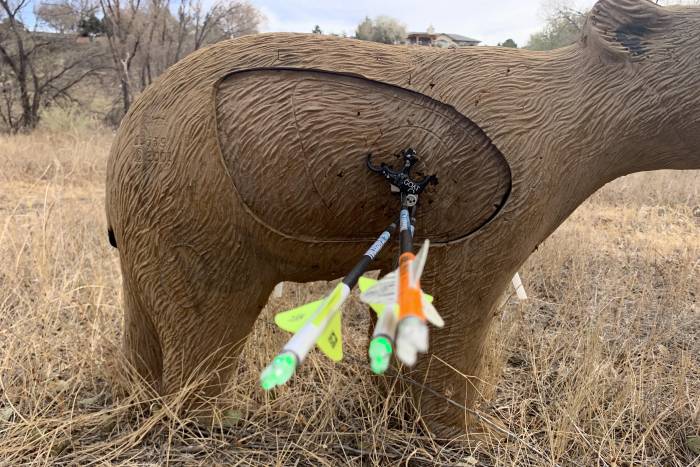 I’ve spent 4 months tinkering with my GOAT. I love it. The heavy feel of the release builds confidence and feels solid in the hand throughout the shot cycle. At the shot, whether in the hinge or thumb-activated mode, the release is ultra-crisp. Shots break clean, and clean shots lead to increased accuracy.

As for my preferred mode, I don’t have one. I swap back and forth a lot. That’s the beauty of the release. Having suffered from target panic, I’m a huge fan of hinge-style releases. I love a release that forces me to aim and execute. A hinge requires you to focus on all aspects of your shooting system.

For those that prefer to spend the offseason shooting a hinge and then switch to a trigger-activated release during the season, this release is just what the doctor ordered. My tip: Though the release is just south of $300, I recommend saving your pennies and purchasing a pair.

Why? You can set one as a hinge and one as a thumb. Nothing will help keep your target panic in check like tossing both releases in a release bag, pulling one out and executing. Not knowing what release setting you have in your hand forces you to stay true to the process.

While many bowhunters love to shoot handheld releases, they shy from them during hunting season. Many are afraid they will lose them, while others simply worry about being able to fish them out of a pocket during the moment of truth.

Yes, treestand hunters often use them, but most prefer a closed-hook design that allows the release to be clipped to the D-loop. The GOAT is an open-hook design. The recipe for not losing the release and keeping it attached while in a stand or on the stalk is the Release Holder from Total Peep.

The best thing since sliced bread, this handy attachment device sticks to the hand release without interfering with the grip. And it won’t come off. A recessed slot in the device allows the shooter to simply click the release to the bowstring.

Overall, it’s an amazing product and one I really believe in. There you have it. Go be a GOAT!