On a training run in southern California, skipping through a rock garden, I spun through a corner, holding my pace. And there it was under my feet: A three-foot long, three-inch thick rattlesnake.

For anyone who spends time outdoors, rattlesnakes can be a very real hazard. So we gathered some tips from Johns Hopkins and the CDC to cope with North America’s premier pit viper.

What It Is: Rattlesnakes are a species of North American venomous pit vipers, named after the heat-sensing “pits” located between each eye and nostril.

How To Identify: The first signs of the rattler will likely happen before you see it. Namely, the tell-tale rattle will raise the hair on the back of your neck.

While the rattlesnake has a distinctive diamond scale pattern, so do other imitators. The fat, triangular head, thin neck, and hooded elliptical (cat) eyes are common signs. The distinctive series of beads on the tail will tell you it’s a rattler, but these can be missing or broken. 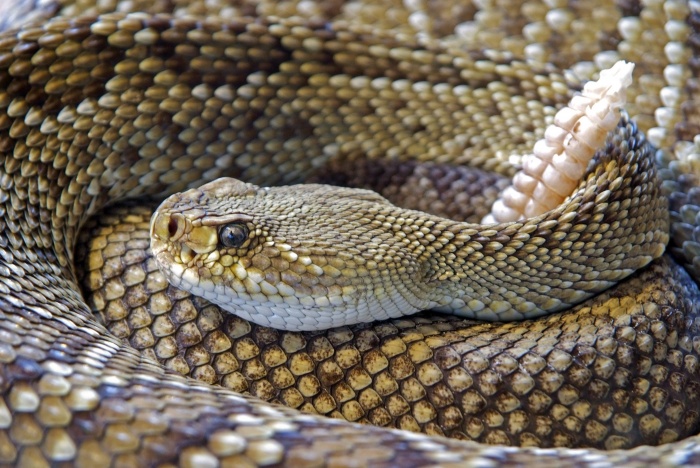 How To Avoid Rattlesnakes

If you hear the “tsssss tsssss tssssssss” of the rattle, eyes up. This is your warning sign that a snake may be nearby. Don’t move, find the locations of snake, and slowly walk away.

If you see a snake that looks like a rattlesnake, give it berth. Don’t poke at it, try to make it rattle, or (obviously) try to pick it up. The snake will eventually move along.

Got bit? Call 911 and try to stay calm. This can slow the spread of venom.

Worst Case Scenario: Snakes bite between 7,000 and 8,000 people each year. It’s often young men with bites to their hands. But it’s important to note that death is rare. Usually eight deaths a year.

Because untreated venomous snake bites can be deadly, knowledge is the best defense.

Up Next: Profile: Penn Newhard Builds Brands In A Mountain Town