Home » Outdoor » ‘Blades Are Back! Inside the 2020 Inline Skating Boom

Bust out your cutoff jeans and slap some fresh AAs into your Walkman, because Rollerblades (erm, ‘inline skates’) are hip once more!

When I was 20, I loved my Rollerblades. I mean, I loved them. Whether commuting to and from campus, cruising around the lake, or grabbing a cup of Dippin’ Dots, they were as much a vehicle as a fashion statement. And like most people who’d lace ’em up while listening to their favorite mix CD, I assumed everyone thought I was pretty damned cool because of it.

That is, until now. Like fanny packs and pinball machines before them, Rollerblades made a surprise comeback! According to Tom Hyser, a marketing manager with Rollerblade, the brand has seen a 300% increase in demand in just the last couple of months.

“It’s going crazy at the moment!” he told me.

And even anecdotally I’m seeing that boom. Whether it’s an Instagram post of my friend walking her dog (or more accurately, being pulled by it while on skates) or the increasing number of socially distanced park-goers gliding around the paths, there is an uncanny uptick in inline skating.

It’s happening everywhere. And K2 skate ambassador Richard Williams has a name for it.

“‘Glide envy’ is the term of the day, because inline skating is rad. And people aspire to be rad,” Williams said.

I spoke with Rollerblade and K2 — two of the largest inline skate manufacturers — to learn why the sport is surging and who’s responsible for it. And I picked up some helpful tips on how to get rolling the right way this season.

Both Hyser and K2 marketing manager John Rushin confirmed inline skating has popped off this year. And it appears, at least on the surface, to mirror the timeline of shelter-in-place orders and travel restrictions.

“Looking at the weeks prior to the spike and going back to what we would consider the start of the 2020 season, sales were flat to previous years. At that point, there was no indication that something big was about to happen,” Rushin said. “Then, once we got into April, we saw sales and interest in inline skates increase dramatically.”

Hyser corroborated that timeline, saying Rollerblade saw its threefold increase right around the beginning of April. Perhaps not surprisingly, that trend isn’t relegated to inline skates. The bicycle industry, too, is experiencing a boom that has seen participation in the activity reminiscent of yesteryear (or yester-decade).

No Place to Ski? Inline Skates Take Off

But the bicycle is timeless — it’s the first machine many of us ever learn to master. Plus, it has adapted to myriad environments and disciplines, from mountain trails to city streets. Inline skates, meanwhile, typically stay on kinder, pedestrian-friendly surfaces. So who’s driving the boot-based boom?

Oddly enough, according to both Hyser and Rushin, the answer may lie in my Colorado backyard.

“It has something to do with the ski/wintersports season being cut short globally,” Rushin told me matter-of-factly. That caught me off guard. As a non-skier (yeah, I know), I didn’t initially make the connection. But inline skates provide an experience far more similar to popular wintersports than a bike.

“We are seeing skiers who can’t ski and hockey players that can’t skate on the ice,” Hyser added. What’s more, he said, many of the initial champions of blading — folks like me who were in their teens and 20s at the turn of the millennium — now have kids old enough to try the sport.

Like handing down dad’s first fishing pole or mom’s old 10-speed, inline skates are passing from one generation to the next. Plus, that gives throwbacks like me the perfect excuse to buy a shiny new pair of skates (and cut the legs off an old pair of Levis).

And it’s all happening just as everyone needs something accessible but challenging, and fun yet safe enough for the current social climate. Accordingly, both Rollerblade and K2 see the sport growing within a broad mix of demographics: youth, adult, male, female, and various socioeconomic classes.

Inline Skates: How to Choose & Maintain Your Blades

Although the overall design of skates has not changed in the last 20 years, the technology and materials within them have improved. Both K2 and Rollerblade say their skates are lighter, faster, more comfortable, and easier to control than their ’90s counterparts.

So if you’re looking to get rolling again, here’s what you need to know.

The major skate brands make skates to accommodate a range of activities. Broadly speaking, you can choose from all-around fitness, high-performance race, and trick skates. Most casual skaters should look in the all-around fitness category. These provide a good mix of maneuverability, breathability, and comfort.

High-performance skates are typically more expensive and less suitable for a variety of terrains and conditions. Trick skates — sometimes called urban skates — offer a more solid boot and burly construction at the expense of overall comfort. This may be a fit for some, but these skates are designed to endure jumps, grinds (if you don’t know, don’t try it), and all-around abuse.

The vast majority of skates come in three- and four-wheel options. There are advantages to both, and a lot will come down to feel and personal preference.

There is a spectrum of wheel hardnesses to choose from. Some manufacturers use a numeric scale, others simply label wheels as “firm” or “soft.” This largely comes down to preference, and there are trade-offs as you go from softer to harder wheels.

In general, harder wheels maintain top speed better and have greater durability, but they provide less control. Softer wheels offer more control and grip in turns but at the cost of both speed and longevity.

You will need to maintain your skates as they wear. This includes rotating wheels, replacing wheels, and replacing or upgrading bearings. Inline Warehouse offers a comprehensive and well-organized video library of these procedures — and a lot more.

I recommend familiarizing yourself with the basics before you buy skates. You need to know what to expect as well as what to look for in terms of when to maintain the skates.

Which Inline Skates Should You Buy?

So, you’ve got full-blown “glide envy” and want to feel as footloose and fancy-free as 20-year-old me did? Great, here are some recommendations for beginners to the sport.

Below, you’ll find both entry-level skates, and some with a little more performance for those whose fitness and activity background merit something friskier. 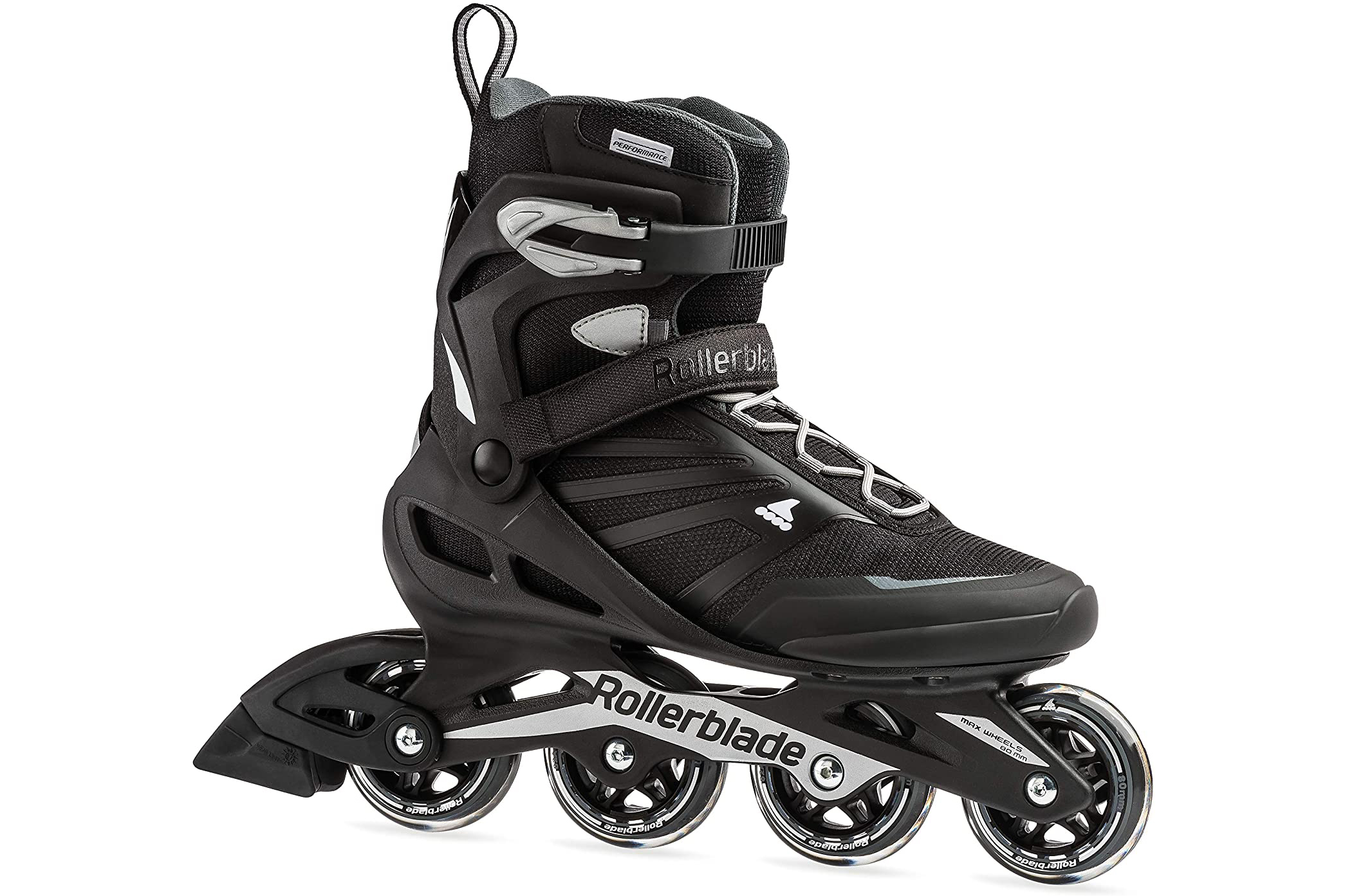 The Zetrablade is currently one of the hottest-selling options in the Rollerblade stable, the brand told me. It makes sense — with a four-wheel design, the Zetrablade offers plenty of stability. And a soft, padded, boot provides more foot comfort than racier blades. 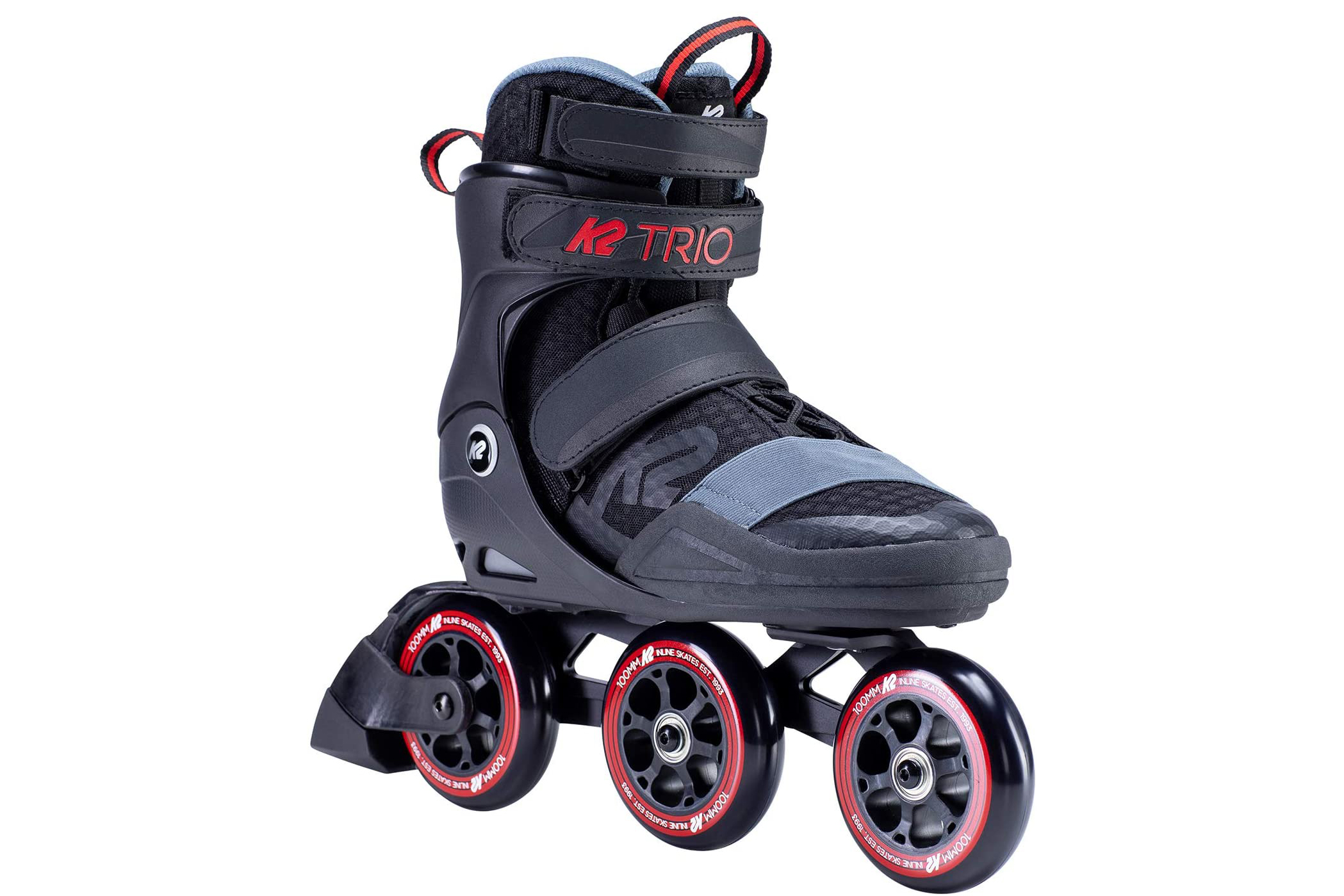 K2’s unisex, three-wheel Trio S 100 is currently what brand ambassador Richard Williams is riding. “This skate is perfect for a multitude of different blading styles,” he said.

Roller Derby’s Stinger 5.2 boys’ and girls’ skates offer an attractive price point for parents whose kids who want to try the sport. These skates offer an adjustable fit, as kids’ feet won’t stay the same for long.

This also helps dial in more comfort for beginning skaters. A single push-button system makes adjusting the fit easy, and the boot liner is washable.

Up Next: Mountainfilm Festival Is Going Virtual: Here’s How to Watch