So, you’re heading to Nepal to track down the abominable snowman? Make sure you follow these actual instructions from the U.S. government. 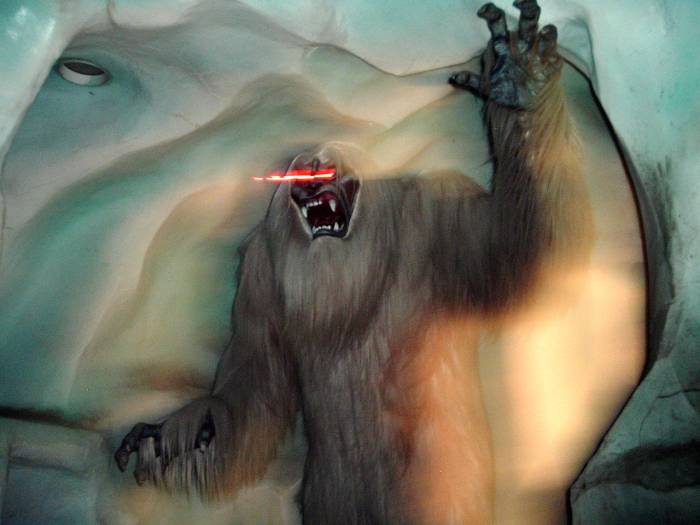 The ’50s were a strange time. Babies were booming, cigarettes were healthy, and, by all recorded accounts, everything was in black-and-white.

So it comes as no surprise when the U.S. and Nepalese governments worked together in 1959 to regulate the hunt for yetis. Reddit user Ninjakick666 posted a copy of this bizarre government doc today on the /r/Conspiracy subreddit.

According to a memo titled “Regulations Governing Mountain Climbing in Nepal Relating to Yeti,” the American Embassy in Kathmandu notified the State Department of Nepal’s stance on the mythical Himalayan beast.

Specifically, the Nepali government outlined three rules dictating how Yankee mountaineers searching for yetis were to handle an encounter. And yes, this is 100 percent real.

Government Memo: How to Hunt for a Yeti 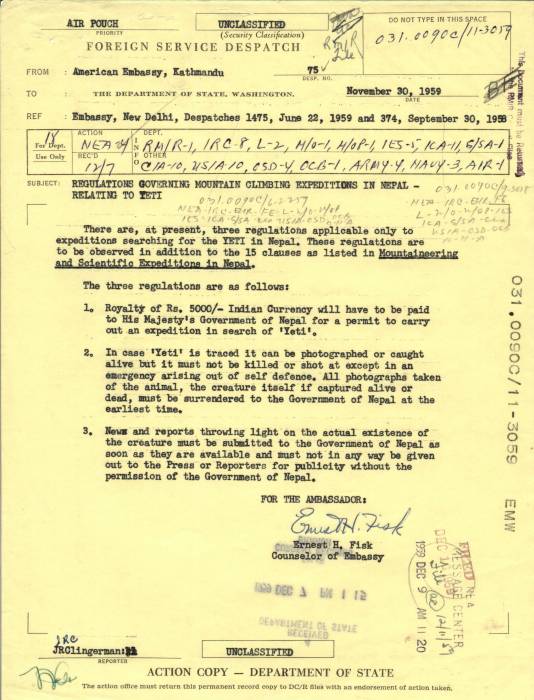 As we all know, you can’t fly to Nepal and start taking pictures of the Abominable Snowman. You need a permit – obviously.

Therefore, the first regulation for a yeti hunt is the fee.

“Royalty of Rs. 5,000 Indian Currency will have to be paid to His Majesty’s Government of Nepal for a permit to carry out an expedition in search of ‘Yeti’.”

For reference, 5,000 Nepalese Rupees comes to about $45. But in 1959 money – when coffee cost a nickel and pennies weren’t infuriating – that equated to about $384. And that didn’t include, gear, airfare, or ACME yeti bait.

Second, all evidence of the yeti, including the creature itself, belongs to Nepal. And for heaven’s sake, don’t kill it. Unless it tries to kill you first.

“In case Yeti is traced it can be photographed or caught alive, but it must not be killed or shot at except in an emergency arising out of self-defense. All photographs taken of the animal, the creature itself if captured alive or dead, must be surrendered to the Government of Nepal at the earliest time.”

Finally, for the love of God, don’t tell the press.

Up Next: Video: The Best Bull Rider of All Time, J.B. Mauney

Saving…
Video: The Best Bull Rider of All Time, J.B. Mauney
Outdoor Hazard: How to Avoid a Cougar Attack
×