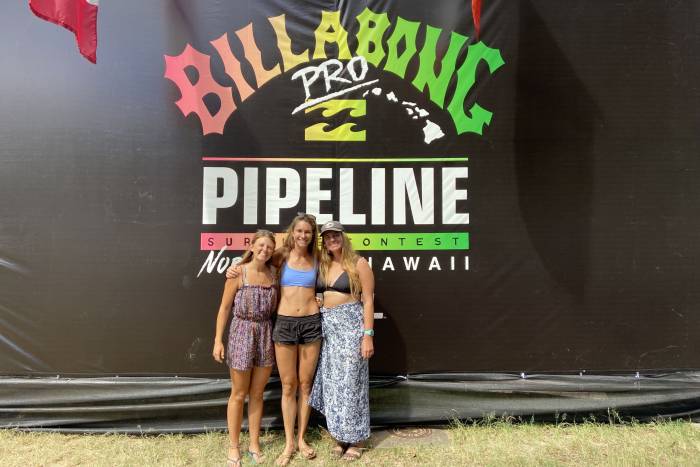 Winter is prime time for big waves. Whether you’re a surfer who chases them or a spectator who simply enjoys marveling at their splendor, they’re pretty impressive.

While there are plenty of waves around the world that would send the average surfer packing, these five waves fall in the “big wave” category, often surpassing 20 feet, and are only for expert surfers. These waves are equal parts challenging, dangerous, and mesmerizing.

If you’re looking for waves this winter, look no further.

5 Waves to Watch This Winter

Located on Portugal’s west coast, Nazare holds records for some of the biggest waves in the world. In 2020, German surfer Sebastian Steudtner surfed into an 86-foot wave, the biggest wave ever surfed.

Although 100-foot waves have yet to be recorded at Nazare, most believe it’s only a matter of time. The massive waves are due to Canhão da Nazaré, a larger underwater canyon that tapers to a point as it meets land, funneling in the swell. The waves break directly in front of a cliff, where onlookers can watch the action up close.

The World Surf League is planning to host the WSL Nazare Tow Surfing Challenge between Nov. 1, 2022, and March 31, 2023, depending on weather and swell.

Located on the North Shore of Oahu, Banzai Pipeline is a world-famous wave that is typically referred to as Pipeline or simply, Pipe. In the summertime, Pipeline is usually flat, but from October to March, Pipe offers some of the best barrels in the world.

The wave breaks over a shallow reef, making it one of the most dangerous waves in the world. Surfers from around the world fly to Oahu each winter for a chance to surf the picturesque wave — on any given day in the winter, multiple pro surfers will dot the lineup.

A number of contests are held at Pipeline each winter, but the most noteworthy is the Billabong Pipeline Pro, which is scheduled to run from Jan. 29 to Feb. 10.

Located on the North Shore of Maui, Jaws, aka Pe’ahi, is one of the most well-known big wave surf spots in the world. The spot first became popularized by tow-in pioneers Laird Hamilton, Buzzy Kerbox, and Darrick Doerner, but it now attracts big-wave tow-in and paddle surfers from across the globe.

Jaws is a deep-water wave and only works during big winter swells — waves can range anywhere from 30 to 80 feet. The best time to visit is during the winter, with December typically being the best month.

The actual surf break is located a way offshore so it’s best watched from a boat, but the Pe’ahi cliffs provide a good viewpoint as well (bring binoculars for a better view). Jaws has been known to host some epic contests over the years, but this year’s contest has yet to be announced.

The biggest surf break on the West Coast of the U.S., Mavericks is located just outside of Pillar Point, 4 miles north of Half Moon Bay. Mavericks breaks approximately half a mile offshore, over a reef, and yields a giant, perfect A-frame wave.

Mavericks is particularly gnarly because the water is cold and sharky, and the wave is fast and powerful. The best time to surf (or view) the wave is from October to March, with January being the prime month.

Traditionally, Mavericks hosts a big contest each year — it’s been on hold for a while, but there are plans for it to resume this coming season.

Also located on the North Shore of Oahu, Waimea Bay is the birthplace of big-wave surfing. Waimea can be a bit finicky and only works on big and long-period swells. But when it turns on, it offers incredible 30- to 40-foot bombs and massive barrels.

Waimea is great for spectators, as it breaks alongside a cliff that allows viewers to watch from directly above the waves. The big-wave spot turns on from November to April and is home to “The Eddie,” a big wave surf tournament that honors big wave surfer and lifeguard Eddie Aikau. 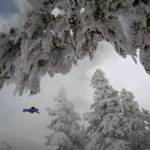 What's it like to snowboard and surf with a fun crew in British Columbia? You'll find out in this action-packed montage. Read more…