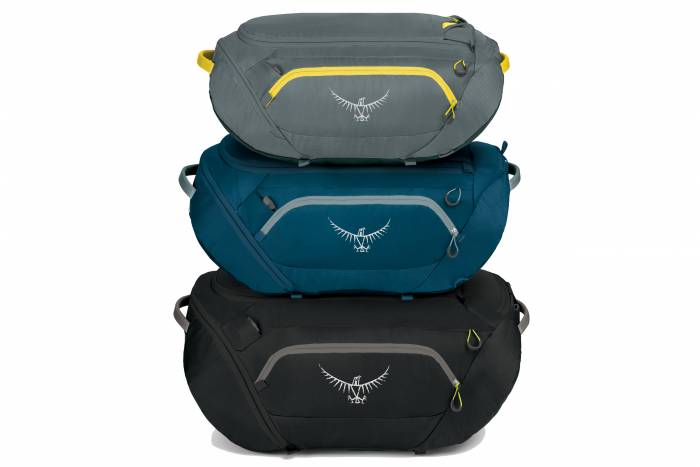 Osprey doubles down on the duffle trend this fall with a wide range of travel and- and sport-themed gear-storage bags.

Of particular note are the GearKit duffles. Launched just ahead of the shoulder season, this line comprises three duffles each designed to accommodate specific athletes. The SnowKit for skiers and snowboarders; the TrailKit for triathletes, runners, and cyclists; and a larger BigKit for long expeditions and backcountry treks, snow or shine. 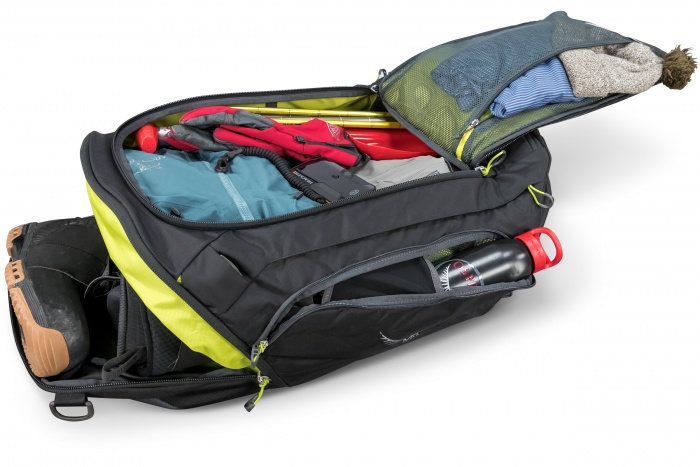 The SnowKit and TrailKit, 45L and 40L respectively, share many common features and construction. They both transition from duffle to backpack with stowaway shoulder straps.

They also have helmet storage, large, zippered front U-flap, side pockets and lash points for water bottle and/or ski poles, a padded pocket for glasses or goggles, and a separate shoe/boot compartment. 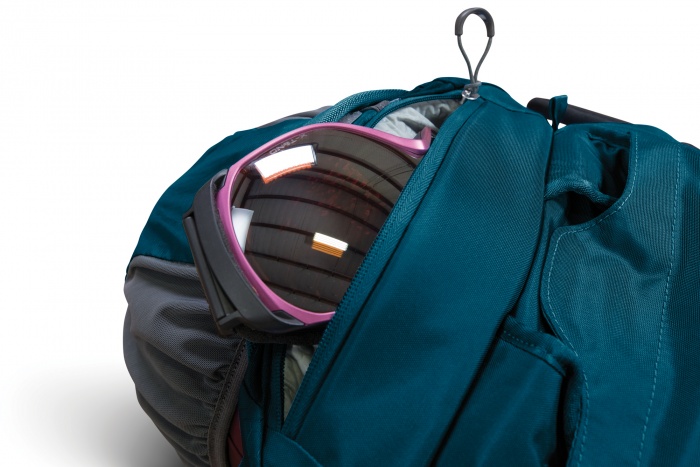 The main difference between the two is capacity: The ski/snowboard SnowKit has five extra liters, presumably to accommodate larger boots and heavier/puffier layers. The TrailKit also offers a small zippered pocket for nutrition storage. 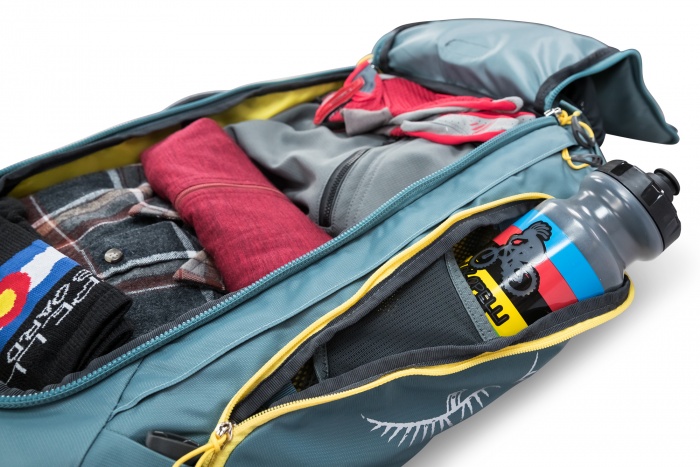 Both bags are carry-on friendly and weigh about two pounds. Plus, the main compartment has overlapping rain flaps and 210/420/630D Nylon Blend to prevent water infiltration. 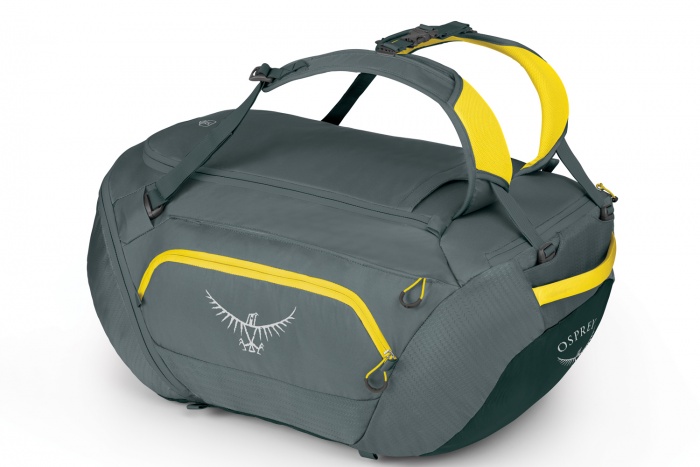 True to its name, the BigKit less favors a specific sport, and more aims to carry all your gear on extended adventures.

Unlike the TrailKit and SnowKit, the BigKit’s 65L capacity won’t fit in the overhead compartment. But it is designed for expeditions exceeding five days, according to Osprey’s spec details.

It has all the same features, but includes an internal compression strap to help squeeze as much gear as possible into the main compartment.

In all, the duffles mark a noticeable addition to Osprey’s pack line. The GearKit duffles are three of nine duffle-carries launched this year.

The 30L-65L Trillium duffles are lighter-weight, everyday-carry bags, and the 40L-130L Transporter line is for heavy-duty loads and long travel.

Unlike YETI’s Panga duffle, which also launched this year, Osprey’s duffles seem less burly and weatherproofed. But they also offer internal organization and an eye toward functionality beyond most duffles’ stuff-and-go design.

Plus, the $120-$150 price range seems reasonable for the features and respected Osprey quality. We’ll look to take these for a test soon.