Be ready for anything. The premise of the everyday carry trend makes a lot of sense for those who work in fields with varied tasks.

One of those people is Tim Leatherman. The inventor of the ubiquitous multi-tool, Leatherman is a mechanical engineer by training. Now, he runs a business and manufacturing facility in the United States.

So what does the inventor of the multi-tool carry every day? We spoke with him to find out. 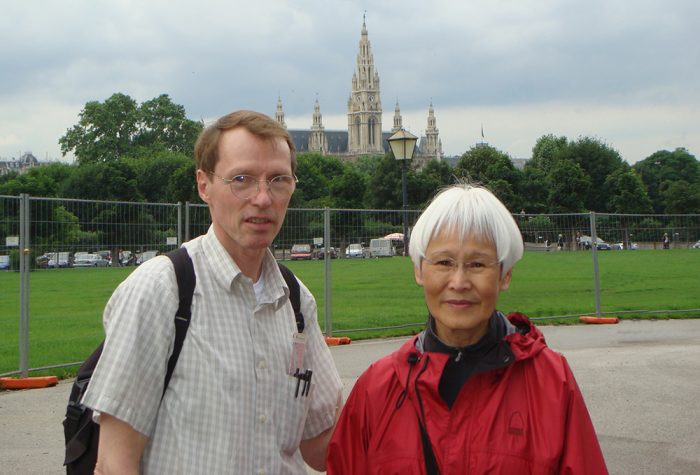 GJ: Well, let’s see it! What does the inventor of the Leatherman carry each day?

Tim Leatherman: Over the last few years I’ve tried to lighten the load in my pockets. Literally in my pocket right now are a Leatherman Charge, two flashlights — one a production model, another a prototype. I also have a pen that’s short, fits in my pocket, and I can write upside down.

I also carry a measuring tape and have for years and years. It’s a Stanly Powerlock, 10-foot long.

My left front pocket has some coins, a spare battery for the flashlight, two mints. I just came back from travel, and when I travel I bring set of earphones.

In my left-rear pocket, there’s a lintless cloth for cleaning glasses and camera lens, as well as a comb that’s been cut down and some moist towelettes.

My right rear pocket has some tissue.

My front shirt pocket has a folded piece of paper to write notes, plus credit card receipts, and notes. The breast pocket of my shirt has three writing implements: a Bic 4-color pen, a mechanical pencil, and a fine-tip Sharpie with ultrafine on the other end.

Which item do you use the most often?

Unfortunately, probably my smart phone. Second place is my pen. Then it’s my Leatherman tool. You’d be surprised how often you use a flashlight to shine back into recesses.

What has been in your pocket the longest, of everything you carry?

That would be the pen. Then probably the Leatherman tool. I’ve been carrying one for as long as I’ve had one to carry. Including prototypes back in the garage, close to 40 years.

What is your background?

She went home and I followed her, married her, and lived in her country, Vietnam, for two and a half years. We then came back to the U.S. and started traveling. That led to the idea that led to the multi-tool.

I spent eight years in the garage building it and looking for a customer. Now, 35 years later we’re still in business making all kinds of multi-tools. 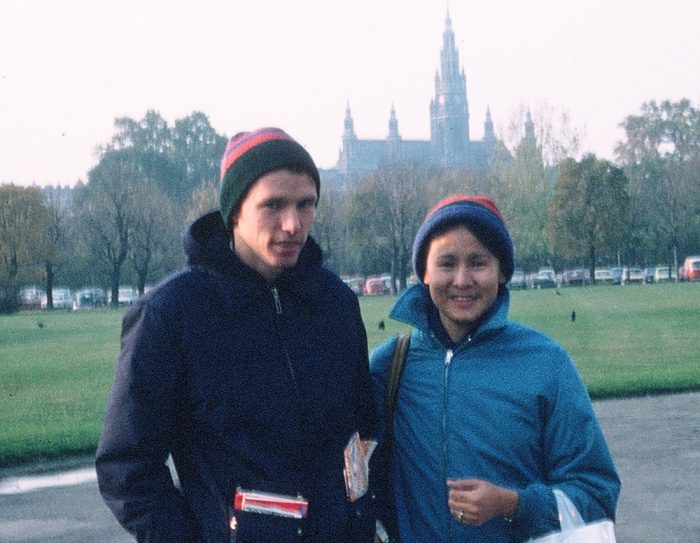 You mention the pen quite a bit. What do you look for in a pen?

For years and years, I’ve been a multi-purpose guy. I carried a 3-color pen and kept buying them as they wore out. Finally, the manufacturer discontinued the model.

Several years after they stopped making it, I ran out of supply. Finally, I had to switch. I’ve been working to develop a backup, but for now, I use the good old four-color Bic. I realized it needed some mods to work for me, though.

So can we expect to see a Leatherman four-color pen in the future?

What common tasks do your EDC items take care of day to day?

I seem to have to work on my luggage quite a bit. Quite often zipper handles get removed by baggage handlers. One time, the entire slider was removed. The suitcase had lots of zippers on it, some of which I didn’t use. I swapped it by carefully prying it apart, and then getting it onto the zipper I needed. I had to be careful to squeeze it together just enough so it slid. But it worked to make it useable again.

What do you do in your free time?

Here in Portland, there are lots of hiking opportunities. We have the Columbia River Gorge, with lots of waterfalls, and each has a hike associated with it. I enjoy taking those hikes.

What do you pack in a carry-on?

These days I am able to carry a Leatherman Tread bracelet. I find a nice relief to have a tool with me. Invariably, something in the cabin usually needs tightening.

You’re stranded in the woods with just one item. What is it and why?

If it was a Leatherman, and just one, I’d go with the Leatherman Signal, that would give you a lot of options. A cell phone would make sense too, but if you don’t have cell service, it’s no good. If you’re stranded and need to be rescued, you’d need some way of letting people know where you are. You can start fire with the Signal, and make smoke.

What’s the EDC of the future?

Some day in future, it may be that the method of separating an object, instead of blade or saw, may be a laser. That day, Leatherman will have to make a laser. Or assembly may need something other than a screwdriver. We need to give you that tool.

What product do you wish could be invented, or what is missing that you wish you had?

A tennis racquet that never misses!

Up Next: 16 Fixes: Leatherman Multi-Tool In The Field